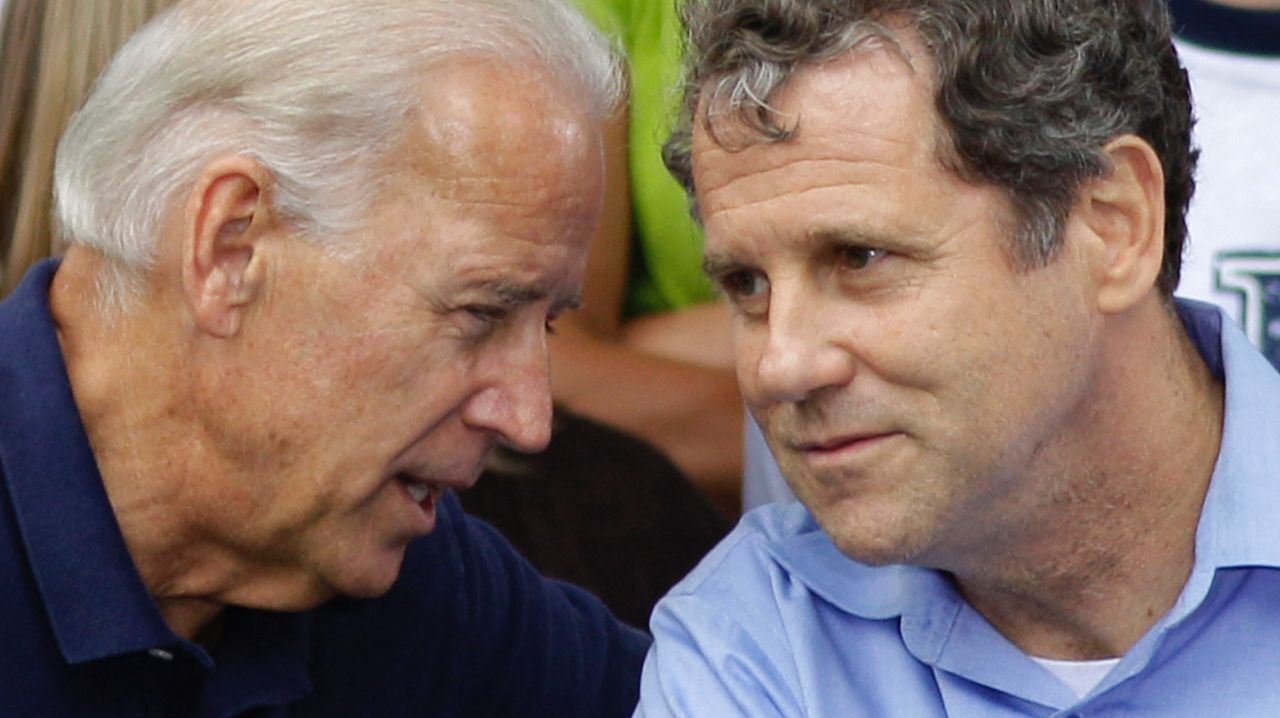 Sen. Brown: Biden Has Become “Dignity Of Work” Presidential Candidate I Would’ve Been

WASHINGTON, D.C. — As Joe Biden tries to turn Ohio blue this November, his campaign is seeking advice from Senator Sherrod Brown, the only Democrat elected statewide in the Buckeye State.

With Biden and President Donald Trump preparing to debate in Cleveland on Tuesday, Brown (D-Ohio) is campaigning hard for the Democratic nominee.

“I argue Biden is the most pro-worker, pro-labor, pro-union candidate in my lifetime,” Brown told me in an exclusive interview last Friday.

Though he’s been saying that for weeks, it’s still notable because just 14 months ago, Brown told the New York Times that he “never thought” Biden would be the Democratic nominee.

And a few months before that, I was following Brown to Iowa, New Hampshire, Nevada, and South Carolina on his “Dignity of Work” listening tour as he considered running for president as a pro-worker candidate.

But these days, Brown and his advisers confidently say that Biden has become the “Dignity of Work” candidate Brown has long campaigned as. And they say Team Biden is taking close notes from Team Brown’s 2018 U.S. Senate race.

(You can watch our full interview below or click here to read a full transcript of our conversation.)

One example pointed out to me was a 2018 television ad Brown put together during his re-election campaign. In it, the senator recites one of his well-known lines, “If you love this country, you fight for the people who make it work.”

This year, Biden is running an ad that begins by highlighting his childhood in Scranton, Pennsylvania. “You won’t find skyscrapers or big-city bankers, just hardworking people that make this country work,” the narrator says.

Brown’s team also pointed to recent pledges from Biden to sign into law pro-worker legislation Brown is behind, including the PRO Act.

In our interview last Friday, I asked Brown if all this was by coincidence or if he has sat down with the Biden campaign and said, ‘Listen, this worked for me in Ohio after Trump won. You need to do this, or you won’t do as well here.’

“Well I don’t know if that’s quite the right — exactly what’s happened,” Brown told me. “But I spend a lot of time talking to them. I talk to a number of his advisers and his media people and, I mean, this isn’t about process to me. I think they realize that in the industrial Midwest, it’s getting more and more difficult to win.”

He means for Democrats to win.

Brown got attention in 2018 when he, as a progressive Democrat, was re-elected to the Senate by a seven-point margin just two years after Trump won Ohio by eight points.

Brown’s political career is built on that three-word foundation “Dignity of Work,” and it’s helped him win races since 1974.

He told me he’s talked with the people helping Biden prep for the debate, and he feels they understand the appeal “Dignity of Work” has in places like Ohio.

But since Trump won the White House in 2016 by winning the Midwest, his campaign is prioritizing it again in 2020.

Trump held rallies in Ohio just last week and used a familiar phrase aimed at his working-class base.

“We will defend the dignity of work and the sanctity of life,” Trump told a crowd in Swanton.

Even though Biden hasn’t physically been in Ohio since March because of the pandemic, Brown told me he’s confident Biden will connect with voters at the debate.

“Joe Biden’s had a lot more public opinion baths in Ohio than Donald Trump because he’s actually listened to voters,” Brown said. “Just because Donald Trump’s been here a lot in Air Force One and speaks to big rallies doesn’t mean he cares about the state.”

The Biden campaign announced Sunday that the former vice president will campaign in eastern Ohio on Wednesday during a train tour focused on the economy.