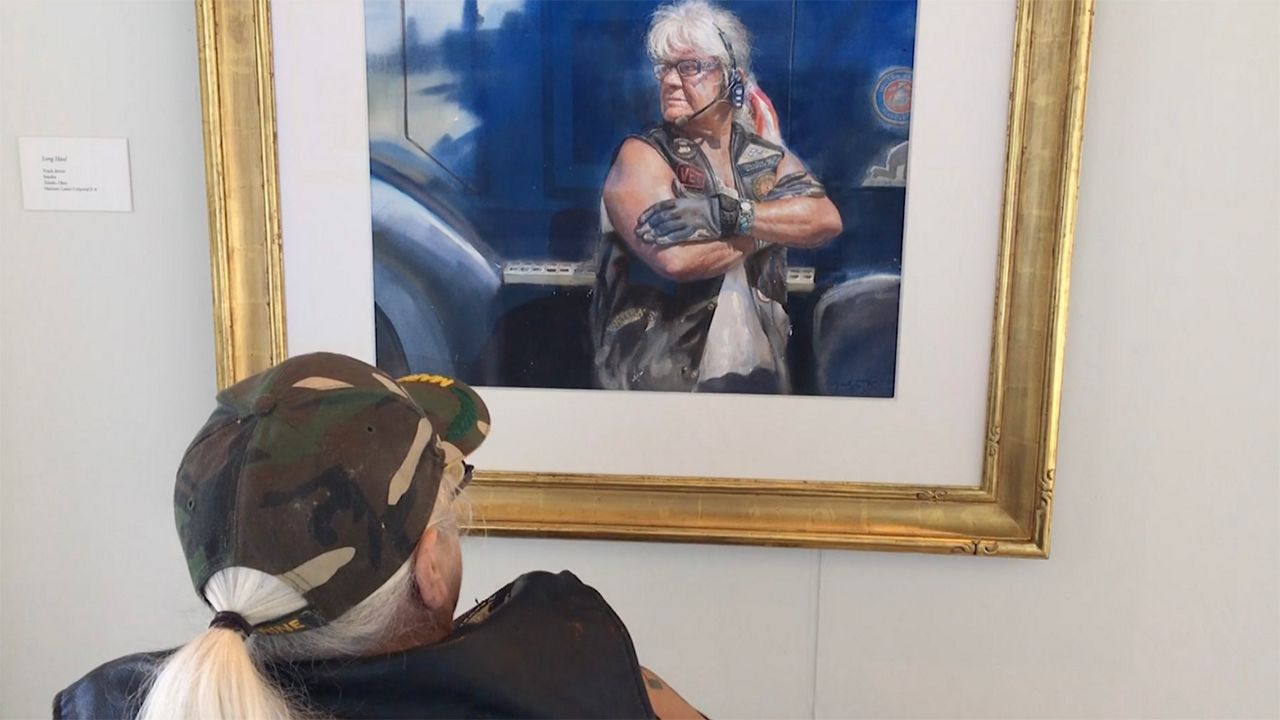 'We the People' Exhibit Features Veterans Returning To Civilian Life

COLUMBUS, Ohio — It's a joyous occasion for Vietnam Veteran and Ohio native Sondra Eiche as she makes her way through the newest National Veteran's Memorial Museum (NVMM) exhibit.

“It's an amazing, exhilarating feeling to know that somebody cares,” says Eiche.

Eiche is just one of the 50 American Veterans featured in the watercolor paintings by Ohio native Mary Whyte.

Her's is called “Long Haul” and depicts her four-decade career outside the military as a truck driver.

“I can't really explain how it makes you feel. Not really important, but validated,” says Eiche,

Sondra's husband Jerry Hartzog, a Navy Veteran himself, also traveled from Toledo to share in the experience.

“Even though you're a veteran, you have life outside of the military. This kind of celebrates that. She doesn't like to mention it, but she's one of the few female marines who was not a nurse to have boots on the ground in Vietnam. She was in Saigon,” says Hartzog.

And while Sondra marvels over the paintings and new friends she met when the gallery was first revealed in South Carolina, she remains humble and grateful for her life and accomplishments.

“One person. What's that say? It says a lot. And to get to meet all these people, they're one of a kinds too,” says Eiche.

We The People, Portraits of Veterans in America runs through March 14.