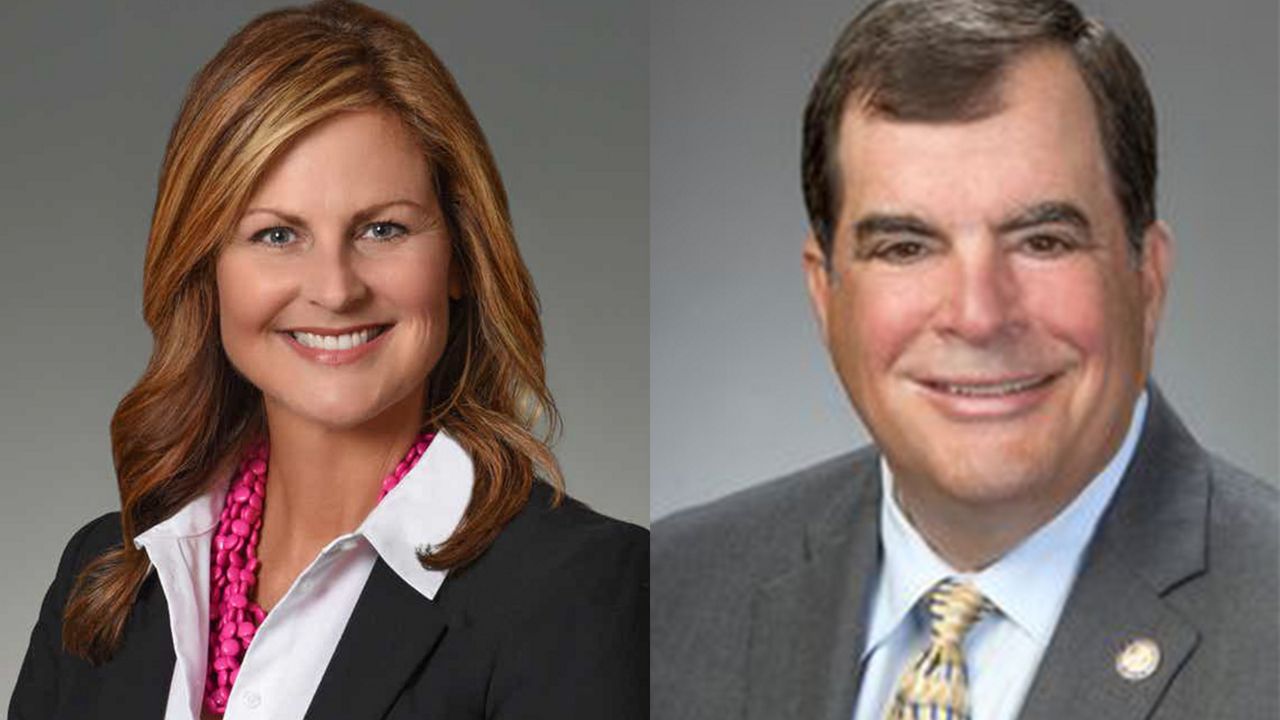 On Wednesday, we are focusing on the 4th Senate District in southwestern Ohio which includes part of Butler County. ​The race features two candidates who faced off two years ago in a contest for a state House seat. One is a current state representative looking for a bigger platform against a small business owner and community volunteer who wants to put "people over politics."

Republican State Sen. Bill Coley (Liberty Township) won re-election in 2016 by 36 percent but he has run out of terms he can serve. So, his seat will now be filled by either fellow Republican and 52nd House District Rep. George Lang (West Chester) or Democrat Kathy Wyenandt who lost to Lang in a race for that seat in 2018.

Wyenandt is a member of the Southwest Ohio Regional Transit Authority but has never held public office. She says she is running to put an end to a "culture of toxicity" and "toxic extremism" at the Statehouse.

“We are tired of having self-serving, career politicians who put their self interest first," says Wyenandt.

Wyenandt says her bridge building and problem-solving skills are exactly what her district and the state needs in leadership. If elected, she says she plans on making economic recovery and education her top priorities.

“What basically propelled me to get into this race in the beginning is working on to fix our broken school funding model. It is unconstitutional for its over reliance on property taxes which sets up a system of inequity between districts," Wyenandt says.

Meanwhile Lang, in his second term leading the 52nd House District after initially being appointed in 2017, has already been serving a portion of the 4th Senate District. Lang says his proudest accomplishment is preserving the state's small business income deduction. It was excluded from the 2019 budget because it gave a tax break to lobbyists and lawyers.
However, a dramatically different version was passed when the bill also included tax breaks for teachers and women buying hygiene products.

"That has helped build our workforce in Ohio by bringing more employers especially in the small business sector to Ohio," says Lang.

Which goes along with what Lang says is his most important issue: making Ohio more business friendly.

Lang says people are leaving Ohio at an alarming rate to go find jobs elsewhere and that needs to change. A change he believes the state can make by just following a model he helped implement in West Chester Township.

"We're the only major community. We have no income tax. No earnings tax. We have a simpler, kinder zoning department so fewer regulations and a business can come to West Chester and make more money than going anywhere else in Ohio," Lang says.

The two are split on other key issues. Wyenandt is the only one of the two in favor of Gov. Mike DeWine's mask mandate. Lang is not but does point out he had he COVID-19 and the coronavirus is not a hoax.

Lang believes Ohioans can get better access to affordable health care by having less government red tape. Wyenandt does not have a specific plan but says we need to pay closer attention to combating addiction and suicide. They also have opposing views when it comes to systemic racism.

“First, I would like to say that Black Lives Matter, and we do have a crisis of systemic racism here. And it is left over from built in years of discrimination. We need real criminal justice reform. We need to invest in minority communities,” says Wyenandt.

As mentioned, these two did battle in 2018 for Lang's House seat. Lang won that race by 16 percent. It might be even tougher for Wyenandt to win the 4th Senate District because no Democrat has held a countywide partisan position since the turn of the century.