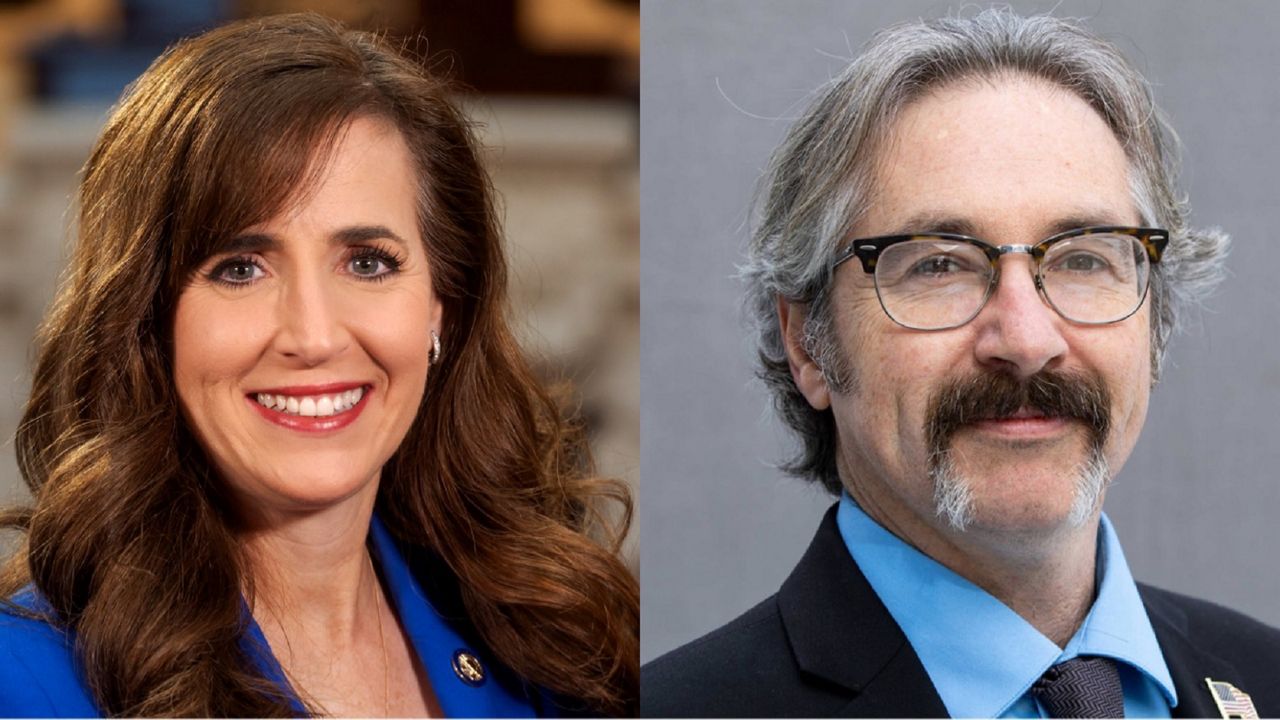 COLUMBUS — Throughout the month of September, Spectrum News is highlighting key races in both the state's House and Senate.

On Friday, we are focusing on the 2nd Senate District in northwestern Ohio which includes Erie, Ottawa and Wood counties and parts of Fulton and Lucas counties. The race features a state senator seeking a full four-year term against a challenger who thinks the current senator has no business being in the statehouse at all.

Republican Theresa Gavarone (Bowling Green) was in the middle of serving her second term as the 3rd House District's representative when she appointed to the Ohio Senate in February 2019. The senator feels she has accomplished a lot in both chambers and hopes to get more done if given another shot. Her opponent, Democrat Joel O'Dorisio, believes Gavarone was handed each seat by her party and not by the voters.

O'Dorisio has been teaching art at Bowling Green State University for more than a dozen years. At Bowling Green, he helped form the school's teachers union to create a better working relationship between the faculty and administration. Yet, O'Dorisio said, students are the reason he is running for office.

"To make sure that students have a reasonable path success after high school. Maybe that’s a professional training program, maybe a two-year degree or maybe it is an affordable four-year degree,” said O'Dorisio.

O'Dorisio said his two other top priorities are labor and health care. He said people need to not only get back to work safely but do it on a living wage. Also, if workers get infected with COVID-19, they deserve proper medical care.

Meanwhile, Gavarone made an immediate impact after getting sworn in to the 2nd District. The first bill she sponsored, which protects Ohioans from cyber attacks and ensures election security, was signed into law by Gov. Mike DeWine. Gavarone went on to be named the 2019 Legislator of the Year by the Ohio Association of Elected Officials.

Several of Gavarone's bills passed in the Senate, including increased penalties for drug dealers who target recovering addicts, harsher punishment for those who violate school bus safety laws and increased mental health access for Ohioans in need.

"I think it's important that we're doing what we can to keep Ohioans safe and keep Ohio moving forward," Gavarone said.

The two candidates are split on other key issues. Gavarone thinks the way to get Ohioans better access to affordable healthcare is through telemedicine. O'Dorisio believes in universal coverage.

When it comes to Gov. DeWine's mask mandate, O'Dorisio is all for it. Gavarone would not say but did introduce legislation to try and stop the state from penalizing those who do not follow health guidelines during the pandemic. DeWine vetoed it and called it a "tragic mistake."

Finally, when it comes to the topic of systemic racism, Gavarone pointed to a bill she put forward in the Senate to call for justice for victims of excessive force by police and opposing efforts to defund law enforcement. O'Dorisio said he recognizes a need for change but did not express how it should be done.

The way the district is drawn makes it a deep red area so it could be tough for O'Dorisio to flip the seat. Former Senator Randy Gardner won this race in 2016 with 66 percent of the vote. Gavarone won her two House races in 2016 and 2018 with around 60 percent support.