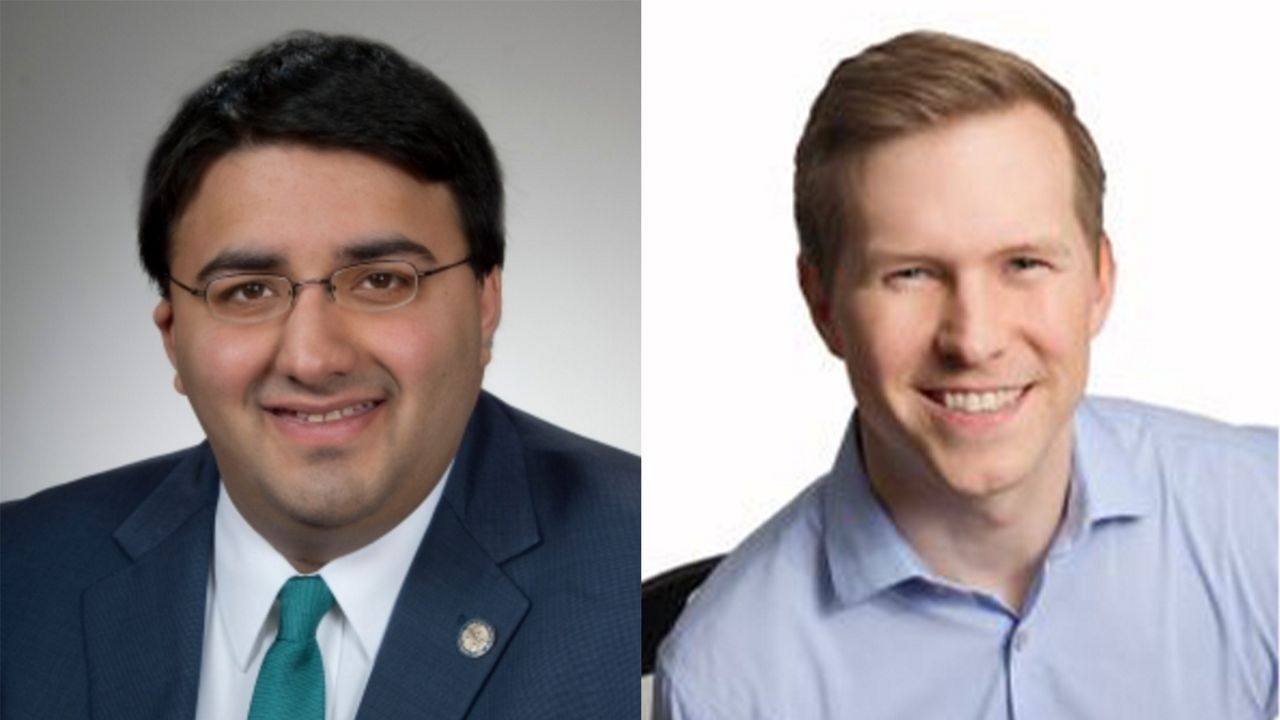 On Thursday, we are focusing on the 6th Senate District in western Ohio which includes portions of Montgomery County and the greater Dayton area. There are two candidates vying to fill the open seat.

One has been a state representative for a number of years. The other spent more than a decade serving our country.

Republican State Sen. Peggy Lehner (Kettering) has run out of terms she can serve so the seat will be filled by either 42nd House District Republican Niraj Antani (Miamisburg) or political newcomer and Democrat Mark Fogel.

Fogel grew up in Centerville. He served in the military as an Air Force officer, fighter pilot and now in the Air National Guard.​​ Fogel says when he came home, he realized not everyone had the same opportunities as him.

“I’m running to try to make it where anyone in this district can achieve the American dream,” says Fogel.

Fogel says he and his opponent could not be more different. Fogel was a military commander, military leader, has business and nonprofit advocacy experience and knows what it means to raise a family in this district. Antani has been serving the 42nd House District since 2014 when he was 23 years old. Fogel says his most important issue is economic security for working families and growing the middle class.

“We’ve got so many of our neighbors that work one, two, sometimes three jobs supporting a family and they can’t make ends meat. It’s simply unacceptable. We are the richest country in the world and there’s ways we can solve this with public policy. Raising the minimum wage is simply one of them,” Fogel says.

Fogel was also in favor of Gov. Mike DeWine's mask mandate, believes systemic racism still exists in our country and thinks the best way to give Ohioans better access to affordable health care starts with everyone having access.

“My wife had breast cancer, and we were treated right here in the district, and she was treated rather successfully. Thank God, and we know that a lot of our neighbors don’t have that wonderful outcome, but she was successfully treated and we’re not broke because we had access to quality affordable health care,” explains Fogel.

The GOP named him a "Rising Star" and featured him during the Republican National Convention. During this General Assembly, Antani sponsored a bill that later became law that repealed the "pink tax," which got rid of taxes on feminine hygiene products. He and fellow Republican Candice Keller also introduced a bill requiring state and local authorities to carry out federal immigration enforcement laws and penalize those that do not.​ According to his biography, he has also received awards for his work with veterans, community colleges, higher education and people with disabilities.

For perspective, no Democrat has represented the 6th Senate District since 1985 and Lehner won her two races with more than 60 percent of the vote. President Donald Trump also won Montgomery County, however, he failed to receive a majority.