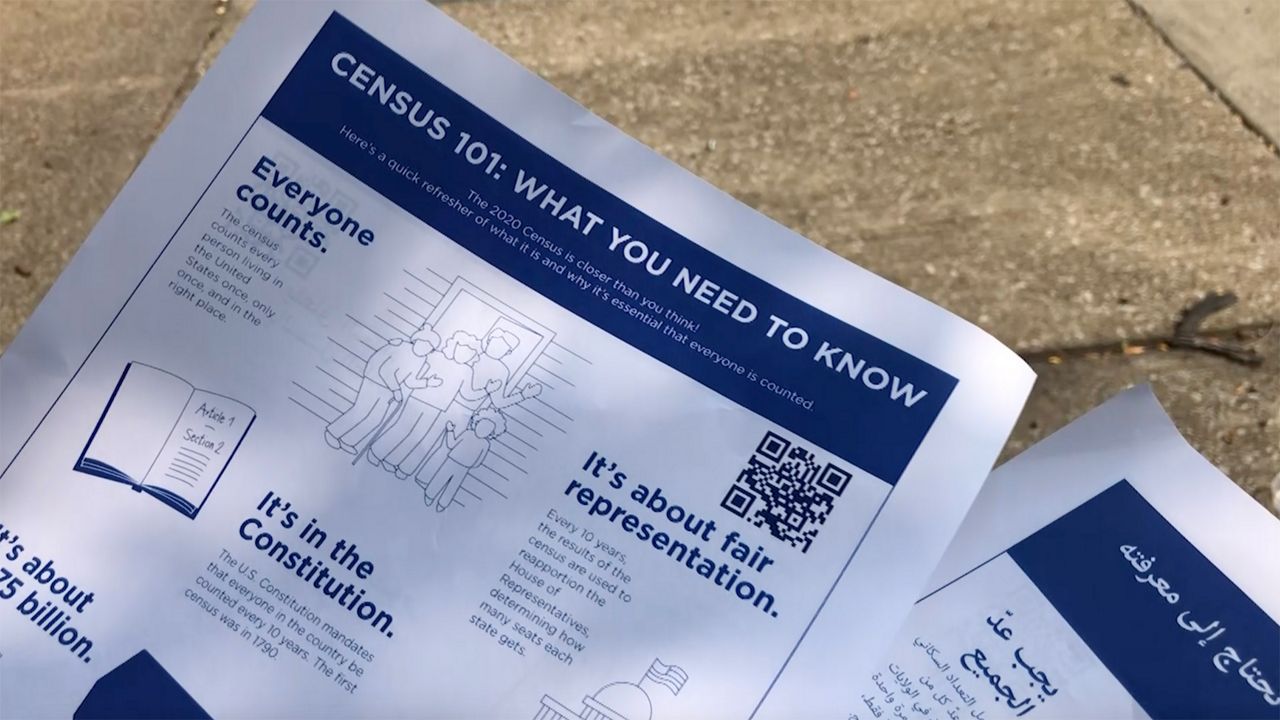 Urgency to Fill Out Census Increase as Deadline Approaches

CLEVELAND, Ohio — The 2020 census deadline has been bumped up from Oct. 31 to Sept. 30. In response, many census advocates such as Melaak Rashid are ramping up efforts to make sure communities are counted.

“The current neighborhood that we’re at now is 'Little Arabia.' the West 117th Lorain neighborhood is predominantly known as the business district that has a lot of the middle eastern markets and middle eastern owned restaurants and businesses,” Rashid says.

Rashid is the community and development outreach coordinator for Smart Development Inc., a grassroots organization aimed at bringing equity to immigrant, refugee and ethnic-minority communities. Twice a week, she can be found canvassing businesses on Cleveland’s West Side, talking to community members about the importance of the census. Community members she says are considered hard-to-count being that they are a part of limited English speaking populations.

“Sometimes I’ve gotten the question, 'Is this a way for the government to track me?' Especially with the worries of undocumented individuals or individuals who are green card holders may be getting scared that it might go against them, or they may be tracked in some sort of way,” Rashid says.

Rashid, who is Arab American, says she and other Smart Development volunteers know that those living and working in this community are more likely to fill out the census when they can relate linguistically and culturally to whoever approaches them.

“It’s a great exchange of building trust, to not only them come back for future assistance they may need, but also really realize that the census is not something to fear. A lot of these families they are immigrants so ... their biggest reason they came here was so their kids can get better opportunities. And it's really one of the biggest things that I’ve seen a lot of them end up understanding, is when you relate it to why they came here and what opportunities they could get by completing the census," Rashid says.

Rashid says this is the first year the census was provided in Arabic.

“Ohio is actually No. 8 in the country with the largest Arab American population. So, it's time to get people who are typically underrepresented heard, and that's our goal,” she says.