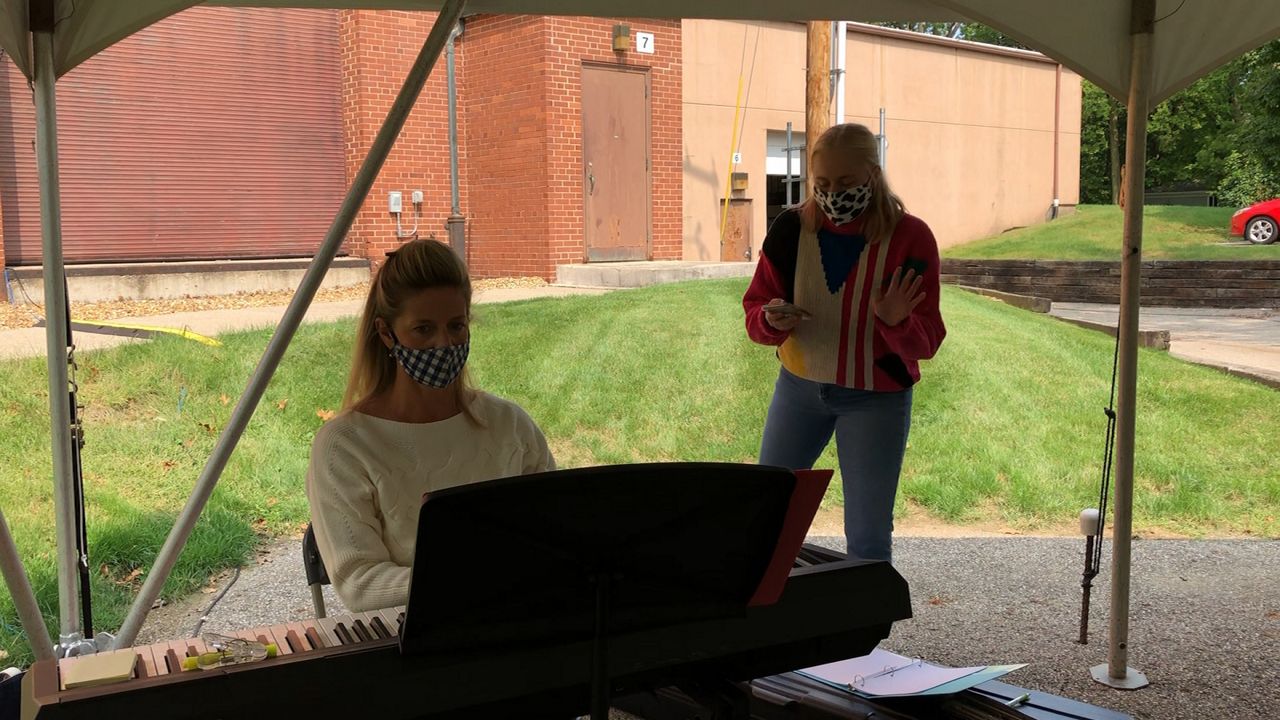 College Students Talk About the Impact of Virtual and Outdoor Classes

WESTERVILLE, Ohio — Moving classes outside has been the only option many educators around the country have been able to take to prevent the spread of COVID-19.

While it has brought back a sense of normalcy, it’s allowed students to share what they’ve created in their virtual settings on a whole new level.

This is the first week that theater students at Otterbein University are back to class in person. Although there are small groups of students gathering for classes, professors said the time away really gave them a chance to get creative. Now that they’re in person, it’s showing.

Twenty-one-year-old Logan Reeder rehearses outside, singing a myriad of songs she’s pulled together for a virtual cabaret, but they’re not just any songs.

“For me, I'm kind of telling the story of like my journey growing up and like learning to love theater and dealing with mental health issues,” Reeder said.

Making adjustments to the music and narrative with the help of professors, the junior musical theater major said the songs are the themes of her life, which also tell how life has changed since the pandemic started.

Although classes are outside under their own big top, Logan feels like things are back to normal with a few exceptions.

“It was definitely challenging when we were virtual, but now being outside, I'd say, really the biggest struggle is, just, just the noise around us. You have to really tune into your sheet music reading abilities.”

She said she also has to tap into the ability of being able to tell the overall story that will touch people’s hearts, something that’s become key especially now.

“It's just really great because it's a message of, like, hope and getting out there and, like, living your life and doing everything you want to do, which I think is great for this time because we've just come back to school and we're getting back to work, and we're ready to do everything” Reeder said.

Getting ready to give it a go again, Reeder asked for a bit of advice first, to improve what’s she’s already put together. Unbothered by having class outside, she said learning virtually sparked creativity that she believes will soon work to everyone’s advantage.

“I really think once we start getting back to being able to perform we're going to have all of this art that we made,” she said. “And there's just going to be a new Renaissance a resurgence of our entire world.”

It’s not clear how long students will be able to rehearse outside, but once it gets cold, professors said they’ll probably go back to a virtual setting.

Knowing that singers can be what professors call “super spreaders” of COVID indoors, Otterbein University plans to record the performances for people to watch.