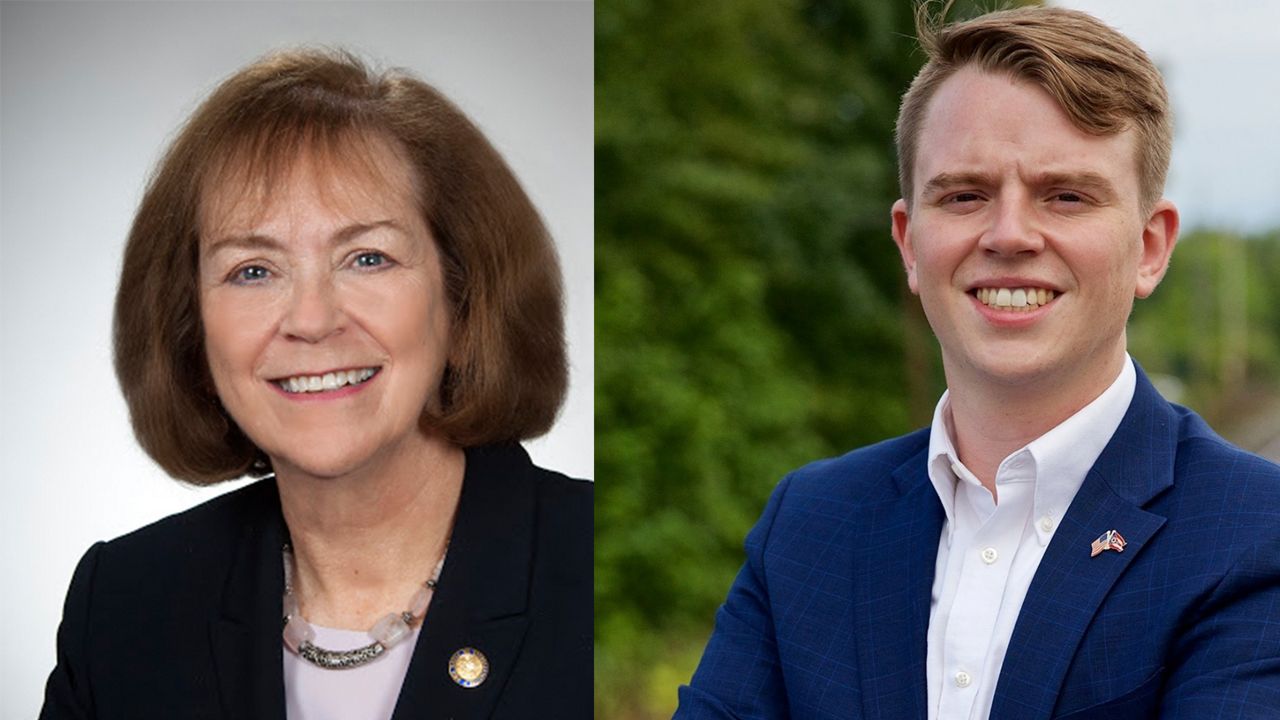 The 55th House District in northern Ohio includes a portion of Lorain County. One of the more powerful Republican representatives looks to defend her seat against a Democrat who has gone from campaign staffer to putting his name on the ticket.

A member of the Manning family has held onto the 55th House District's seat for six years: Rep. Gayle Manning (North Ridgeville) the last two and her son and current 13th District Sen. Nathan Manning (North Ridgeville) the previous four years. The two flip flopped seats after Gayle served in the Senate for two terms. Her opponent, Democrat Zach Stepp believes the Manning's are "just keeping the seat warm" and says it is time for a "new generation of leadership."

Stepp says there is a culture of corruption at the Statehouse that has been enabled by long serving politicians like Gayle Manning.

"I always tell people she's a nice lady but she's been down there for 10 years. I don't think she's actually trying to change anything down in Columbus or change the way things are done whereas that's what I'm all about," says Stepp.

Stepp, who turns 25 next week, says one of his top two issues is kids and improving the quality of their education. The other, which he hopes will receive bipartisan support if elected, is combating 'brain drain,' a type used to describe people leaving one area for another to pursue better professional opportunities. Stepp says that is Ohio's biggest economic problem.

"I wanna put together a program that pilots actually attracting young people to move back to communities like Elyria to Sheffield to Avon Lake. Then when they get here, let's measure their economic impact in that community," Stepp says.

Meanwhile, Manning thinks the economy will grow through deregulation. As for her background, she touts her experience in the district prior to the last decade in the House and Senate. Manning was a teacher for 37 years and served on North Ridgeville City Council. She believes her connections set her apart from Stepp.

"People I think know that I'm a great listener. I think that probably comes from being in the classroom and having to listen to little ones all the time. I think it's so very important that you take the knowledge that you learn from the district back with you," says Manning.

Manning says her focus is on rooting out dark money in politics and campaign contributions that do not have to be disclosed. Dark money is at the heart of the investigation into former House Speaker Larry Householder and House Bill 6. Manning and Forest Park Democrat, Jessica Miranda introduced a bill in July to address the issue.

"I think people that are giving money to an organization, they want to know where it's going and how it's being spent and that's what this bill will do," Manning says.

The candidates differ on other key issues. Stepp is in favor of the mask mandate. Manning is not. Stepp thinks getting Ohioans better access to affordable healthcare begins with banning discrimination on pre-existing conditions. Manning says prescription drug prices need to be lowered. And when it comes to systemic racism, Manning wants it addressed through education, not legislation while Stepp would like to see both.

For perspective, Manning won in 2018 with 55 percent of the vote, less than her son received in the previous two elections. Also, President Trump won Lorain County by less than one percent.