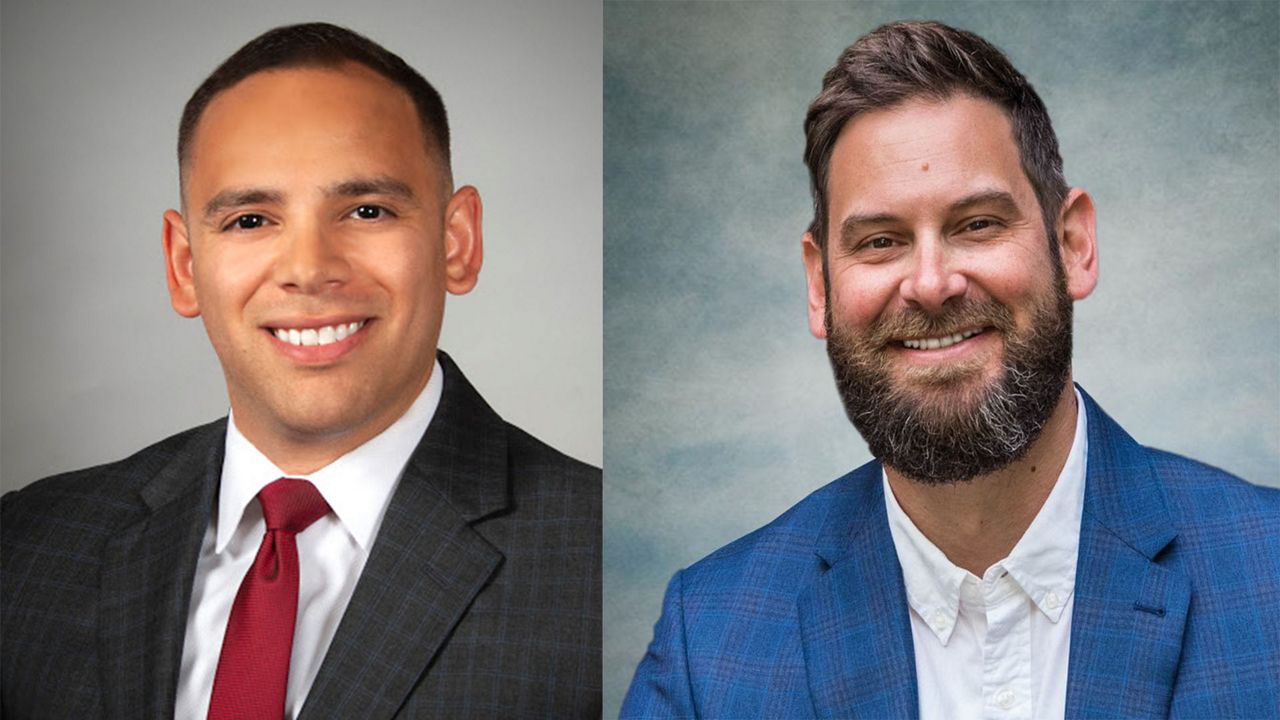 COLUMBUS, Ohio — Throughout the month of September, Spectrum News will highlight key races in both the state's House and Senate.

On Wednesday, we are focusing on the 59th House District, which is centered around Mahoning County in northeastern Ohio. The competition features a newly-appointed lawmaker against a public school teacher looking to bring a new type of leadership to the Statehouse.

Two years ago, the late Republican Representative Don Manning won this seat. However, Manning's margin of victory was less than 400 votes. If that is any indication, it could be tough for Representative Alessandro Cutrona (Canfield) to hold off Democrat Chris Stanley.

When Manning passed away in March, Cutrona says someone needed to pick up the proverbial torch in the Mahoning Valley.

“I felt I would be the best person for the job cause my heart is in it,” says Cutrona.

House Republicans felt the same way, appointing him in late May. Cutrona, born and raised in the valley, has been learning the ropes of lawmaking while also practicing law and serving as the COO of an infectious disease medical practice​.

“Those are three things that my opponent does not have, but I do have, which would really benefit the valley here,” said Cutrona.

Stanley may not have the same background, but does have extensive experience in the education system and hospitality industry. He is a Youngstown City School teacher, a children's book author, and the vice president of the state's only self-service tap house to boot. Stanley says he not only wants to attract new businesses and good-paying jobs, but also improve public education.

"We are still dealing with a system that is based on property taxes, which in and of itself, creates a system of socioeconomic inequality. It's been ruled unconstitutional. We have a system now where we are in this culture of standardized testing. Standardized testing does not, we know for a fact, measure student learning or student success in the future," said Stanley.

Cutrona says he is focused on a similar economic strategy, but believes it is all about cutting government red tape. On healthcare, Cutrona didn't present much of a plan, only to say we need to limit costs. Stanley is in favor of universal healthcare. And when it comes to systemic racism, even though Cutrona says he experienced some discrimination being Hispanic and having African American siblings, it was Stanley who was more outspoken as the teacher of mostly minority students.

"When you say that you don't think there's a problem, what you really mean is you don't think it's a problem for you. That is not true for everybody in this country. We just need to realize that fact and make policies to make sure we ameliorate this situation," Stanley said.

Aside from not having much time to build name recognition, Cutrona could have greater difficulty hanging onto his seat considering Mahoning County voted blue in the 2018 senate and governor's races, along with supporting Hillary Clinton in 2016.​