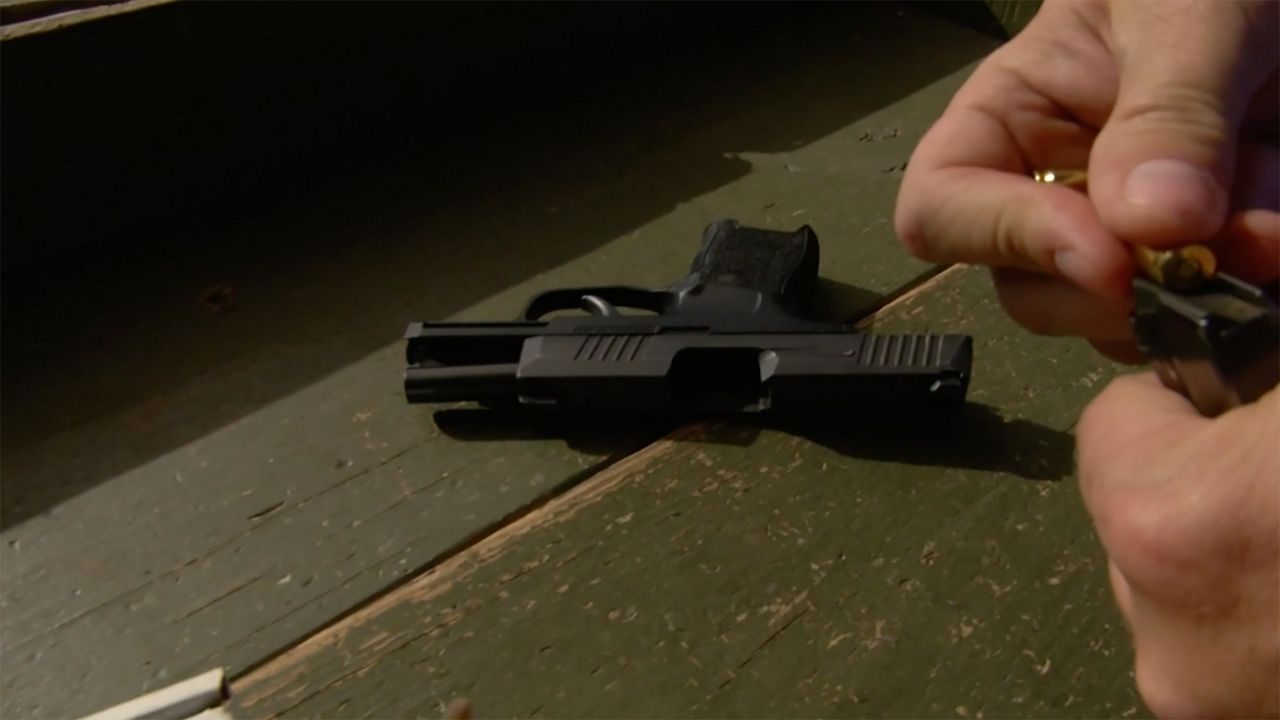 DeWine's Push for Gun Legislation Met with Some Concern

COLUMBUS, Ohio —Governor Mike DeWine's renewed call for passage of his gun reform legislation stems from recent outbreaks of violence in cities across the state.

The governor is calling for action on his gun reform legislation package, Senate Bill 221, also known as the Strong Ohio bill. Introduced in the fall of 2019, it would create a process that allows doctors to keep substance abuse patients in medical facilities longer, makes those legally declared by a judge as a danger to themselves or others unable to have a gun, increases penalties for those having or selling guns illegally and creates a voluntary background check system for private gun sales.

“Our bill would better protect our citizens from those with a propensity towards violence. It would better ensure that those who are a danger to themselves, or to others, get help," said DeWine.

Rob Sexton, legislative affairs director with the Buckeye Firearms Association, has issues with the bill.

“The bill purports to say, well, we’re going to do voluntary background checks between friends or family members and that sort of thing, but the truth of the matter is, if you are a person who doesn’t then use the background check and the background check exists, then you open yourself up to liability if anything were to happen up and down the line,” said Sexton.

That includes a section related to mental health. The organization believes SB 221 would expand the exceptions of doctor-patient privilege and allow police to require health care professionals to produce records.

“We’re at a time when we are trying to raise awareness in our country about encouraging people needing to seek treatment if they do have mental health issues, but instead, you’re going to ask them to choose, ‘Gosh, if I try to get help, am I going to open up a door in which I’m going to wind up losing my gun rights?'"

Toby Hoover, founder of the Ohio Coalition Against Gun Violence, calls the bill a step in the right direction, but believes it’s too watered down and doesn’t live up to the “strong” part of its label.

"Most of the things on guns are optional. And so it doesn’t really come into play as far as, you know, really making a difference when you tell people that ‘well you can do this, we would like you to do this, but you don’t have to do that.”

But DeWine has emphasized, that in his view, SB 221 is the best way to reduce gun violence that has plagued many Ohio cities this year.

"Our bill will increase the penalty for repeat violent offenders who use a gun in the commission of a felony or who are found in possession of a gun. This is something that chiefs of police in our major cities have been asking for for a number of years.”