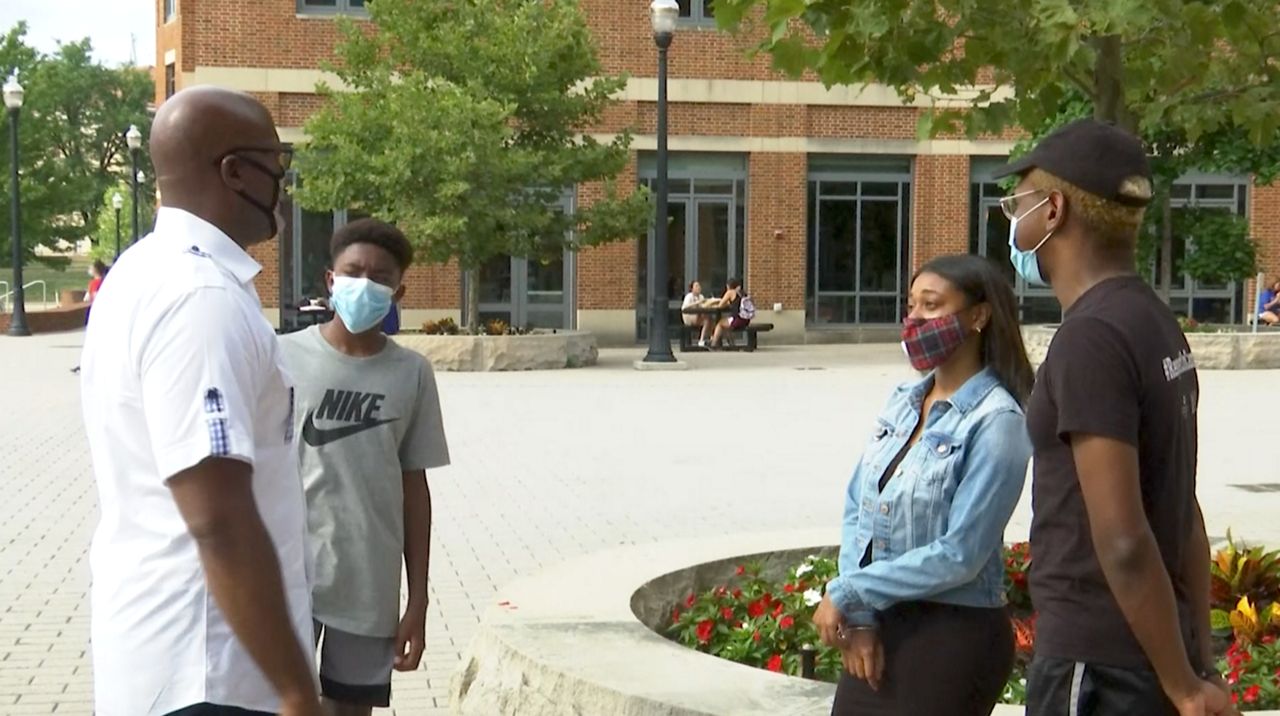 Wedly Cazy and Micahiah Brown-Davis say they have dreams of becoming top communicators.  But in marketing and communications, they say there aren’t many like them.

“I’ve seen that its not really a lot of representation, black women especially,” says Brown-Davis, a student at The Ohio State University. “It’s kind of hard for us it’s like we have the end of the stick I should say.”

Not at school where they say they are often one of few Black students in classes and many groups.

“This is a PWI (Predominantly White Institution) and so all of the classes are filled with white students,”  says Cazy.  “Which is fine, but you know, the diversity is not there.  And I’m also on the executive board of PRSSA and I’m literally one of two Black people in that organization.”

Or in the work place, where statistics show a lack of representation of Black employees.

“For 20, 30 years there's been an underrepresentation of Blacks in marketing,” says Ohio State University professor of Communication Dr.  Osei Appiah.

“Black and minority representation in marketing and communications is a fraction of whites across the board.  The US Department of Labor reports around 6 percent of employees in marketing firms are Black, far fewer are in leadership roles.

“If you don’t see any Black representation in advertising and marketing, and you are a young student, you may think that career is not accessible,” says Appiah.

The group provides fellowship and networking opportunities for students in the industry, which students find valuable at Ohio State, a predominately white institution.

“Being around other black students who are going after the same thing as me, it’s a motivation, because you don’t see too many black students, black women, who you have things in common with sometimes,” says Brown-Davis. “Especially at a PWI, I should say, it’s hard finding a community.”

“We would like to increase the talent pipeline, to have more blacks who are interested in advertising, and marketing, who are seeking jobs in adverting and who are available, for companies who are seeking to recruit,” says Appiah.

One of those companies is The Shipyard in Columbus.  CEO Rick Milenthal says across the board companies have to fix the representation and inclusion problem.

“We need to change it , not only for the Black community, but for our business for our clients,” says Milenthal. “It's a very important business proposition, not just a social proposition.”

Milenthal worked with Appiah to create an internship program for Black students from Ohio State University’s BASCA group. Cazy and Brown were the first students this summer.

“If you don’t do something intentional to build diversity, truly intentional, truly long term, the business just,  you will never break through,” says Milenthal.

Milenthal says these conversation started years ago, but recent events, and looking at the lack of diversity in his own company, re-inspired to make a change

“If, in the last. 12 years I would have done this I would have nurtured dozens if not a hundred black professionals into the industry,” says Milenthal.  “I can’t fix the past but we can fix now and fix the future.”

Shanikka Flinn leads the Diversity and Inclusion Committee with the Central Ohio Public Relations Society of America, she says these opportunities help create an equal playing field where hiring can be about who you know or connect with.

“We want to make sure all of our youth, our young adults, are not simply getting the education in college,  they are getting practical experience while in college,” says Flinn.  “So that when they graduate, they are going to the table at an equal playing field.”

She says connecting underrepresented students, with invaluable opportunities is vital to fixing representation and inclusion, and a value for students and businesses.

“They are able to jump in and get right to work,  as opposed to train them,” says Flinn. “So internship especially internships that are geared toward giving minorities opportunities are very needed because it’s bridging the gap.”

But, Milenthal says it will take an industry to change diversity and inclusion from a plan to reality, and encourages his colleagues to follow suit.

“Just take that first step, just take a step don’t be scared,” says Milenthal.  “And in a short amount of time, I think we’ll see change. “

And, students like Cazy and Brown-Davis look forward to a more welcoming industry

“If you don’t have representation of all people, then you won’t really go far in your business,” says Brown-Davis.  “And people will feel like you really don’t care about them because you don’t see people like them working for your company.”