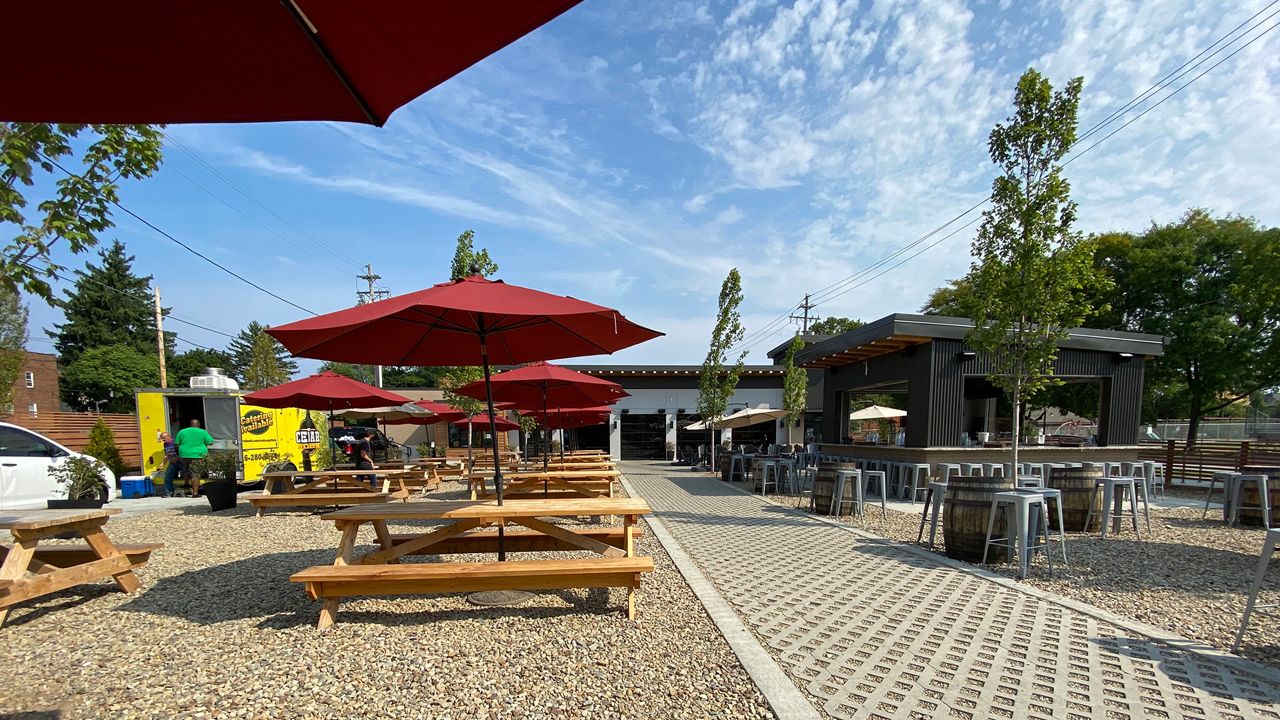 How COVID-19 Regulations are being Enforced at Bars and Restaurants

LAKEWOOD, Ohio — Ohio bars and restaurants are under the microscope, with several health and safety regulations to follow amid the COVID-19 crisis.

Each has a unique concept and COVID-19 has presented different challenges.

Ultimately Costanzo said he’s doing his best to keep everyone safe and follow the rules. He just hopes that other bar owners follow suit.

“Whether you agree with the rules or not, it’s a non-factor. These are the rules that are in place—we need to follow them," said Costanzo.

Lakewood Truck Park opened in June after about six months of coronavirus-related delays.

“The goal is not to make money in 2020. It’s just to make sure the bills are paid," said Costanzo.

Bar owners like Costanzo are taking the virus seriously.

“We have a social distancing enforcer and mask enforcer that are very polite to customers but just reminding them to kinda not congregate,” said Costanzo.

Despite his efforts, Costanzo is not immune to scrutiny.

He said health inspectors and other officials have stopped by after complaints.

“We’re trying to do the right thing. and I think that’s all people are asking, but you do have your complainers in there that have never stepped foot in this park or any of the businesses and just complain to complain,”  said Costanzo.

The Ohio Investigative Unit (OIU) is a law enforcement agency tasked with making sure liquor permit establishments are following all COVID-19 rules.

The street-clothed agents drive unmarked cars and lately have been responding to complaints from local health departments and the general public.

“By and large, most locations are complying,” said Wolf.

If a citation is issued, the Ohio Liquor Control Commission holds a virtual hearing. Possible penalties can range from fines to revoking a liquor license.

The executive director released a statement to Spectrum News 1. It reads in part:

"The Commission takes its responsibility very seriously and will consider many different factors, including the nature of the violation, the seriousness of the offense, the facts of the case, the permit holder’s prior record, if any, as well as any other relevant information, including any mitigation evidence presented by the permit holder. " - Sarah W. Creedon, Ohio Liquor Control Commission Executive Director.

Wolf confirms none of Costanzo’s three establishments have been found to be in violation of any COVID-19 regulations.

In July, OIU did visit Lakewood Truck Park following up on a complaint from the local health department, but agents found no wrongdoing.

“Certainly, it’s the outliers that are causing the issues and the concerns, so we would just encourage all the permit holders to continue to do the good job that they have," said Wolf.

Despite the hardships and the unknown, Costanzo remains positive amid the chaos.

“I think we can overcome it,” said Costanzo.