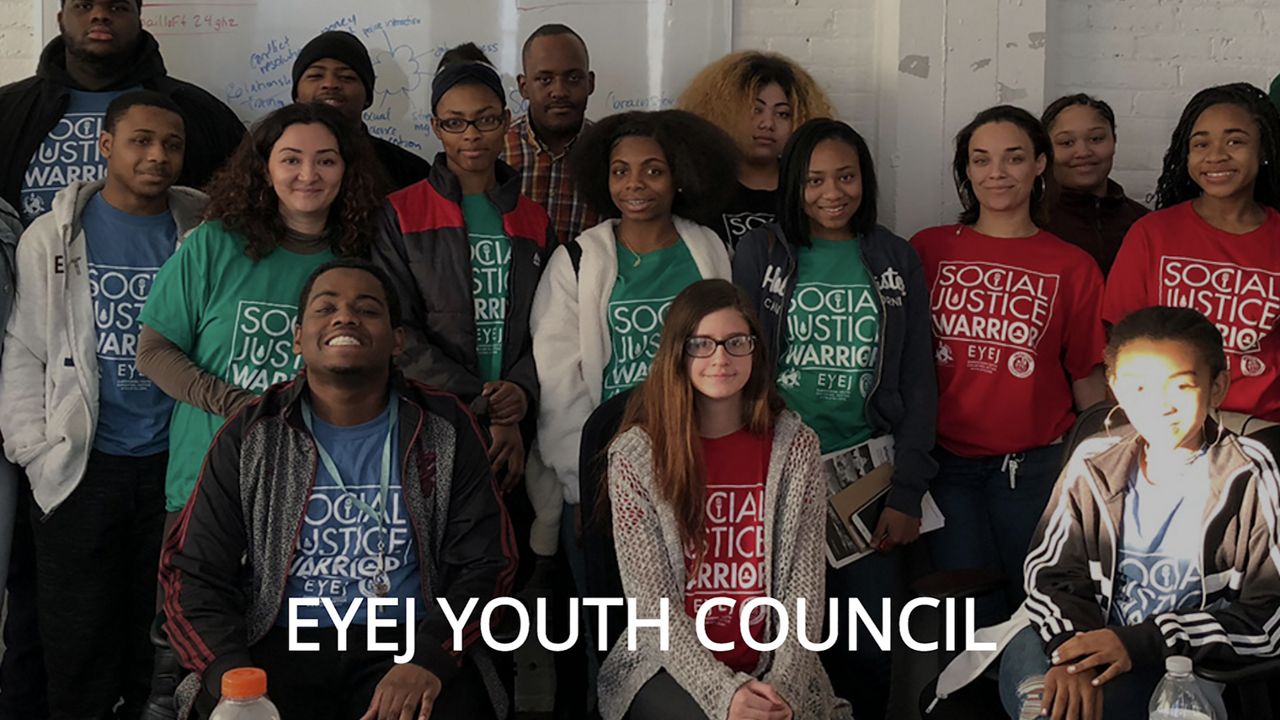 Youth Council Tackles the Long-Standing Problem of the Digital Divide

CLEVELAND, Ohio — When COVID-19 hit, it exposed just how much of a digital divide there is across the country. Mallory Wilks, 20, is a junior at the Cleveland Institute of Art. The photography/video major just started her junior year online. Things seem to be running smoothly now, but several months ago, it was a different story.

The Empowering Youth Exploring Justice Council (EYEJ) is a group with a mission "to empower and amplify the voices of teens and pre-teens by bridging them with diverse individuals to engage in interactive discussions centered around social justice," according to its website. EYEJ a has partnered with the Northeast Ohio Connectivity Task Force to figure out a universal way to help entire families get access to internet broadband at much lower prices

“We had issues with WiFi before, and we didn’t really realize how bad it was until the pandemic hit," Wilks said.

Wilks said it was so bad that she was having trouble connecting to her online classes and turning in work.

“I had to upload these big photo files, and it said it would take over 30 hours to send ‘em though to my teacher.”

"I actually had to start paying more for the WiFibill," which was $50 more every month.

But that wasn’t the end of her troubles. Her computer for classwork died, and that’s when the EYEJ, which Wilks is a part of, stepped up.

They got her a new computer.

The council serves more than 1,500 youth in the Cleveland area and as a voice for change concerning youth injustices.

Recently, council members like Kendall Smith shared personal experiences during a virtual session about the injustice of the digital divide.

Discouraging enough to inspire a movement to make sure every student in the Cleveland Metropolitan School District has a device and connectivity.

Everybody including adults since the problem affects entire families.

The council, made up of youth ages 15 to 25 in Cleveland, said fighting for justice on this issue changes everything.

“Not only does it help these students, but it also helps the schools," said member Yumi Ndhlovu. "It helps everyone involved because it gives them an equal opportunity to be successful.”

Successful so that students like Wilks and so many others can attend school online, graduate and pursue their dreams.

While the deal they are working on hasn’t been made public yet, Moore said she hopes that what the council is able to accomplish will let them know there is power and value in their voice.