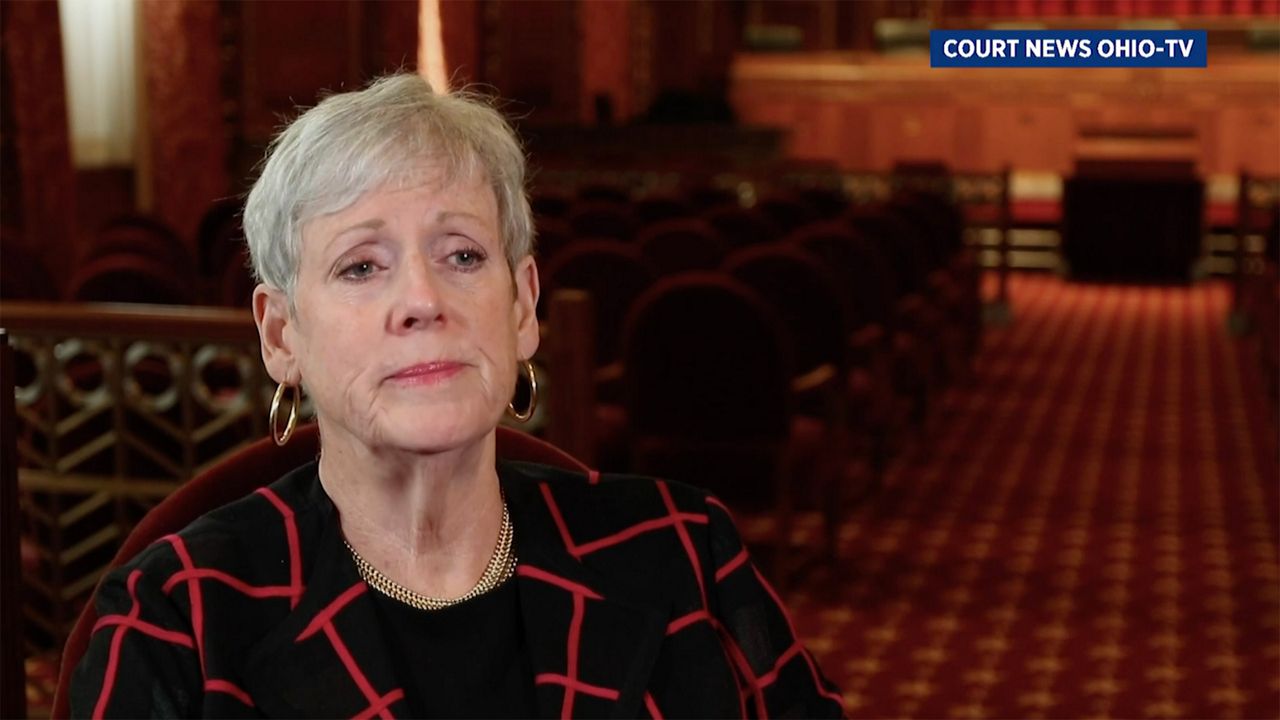 Chief Justice on Bail Reform: 'Ohio is Not Leading the Pack on it by Any Means'

COLUMBUS - Earlier this week, the Ohio Supreme Court's news service released a video documenting the damage done to its building during protests this spring.

The nearly six-minute video released by the Ohio Supreme Court details the protests and destruction that took place back in May in Columbus in response to the killings of George Floyd, Breonna Taylor and others by police.

The Thomas J. Moyer Ohio Judicial Center was tagged with graffiti, its trashcans were ripped from the ground and its windows were shattered. The documentary then shifts to the process of restoring the courthouse to its original condition. Different courthouse employees speak during the video but Supreme Court Chief Justice Maureen O'Connor became emotional.

"As disheartened as I was at what happened to our building, I'm equally disheartened that people in this state feel as disenfranchised and the treatment that they receive is unfair across of all our institutions," the O'Connor said in the video.

O'Connor has served on the Ohio Supreme Court since 2003 and as Chief Justice the last nine years. She said it's time for systemic racism to stop and our culture to change.

"There has to be a way for us to discuss racism, acknowledge racism, identify it and then do something about it to eradicate it," O'Connor said on the phone Friday.

In a letter Chief Justice O'Connor released last month, she said, "It is up to our court systems, the judges and the lawyers to ensure that the constitutional guarantees are applied equally." O'Connor also said cash bail needs to go.

"The purpose of bail is to find a means to let people out of jail not to keep them in, and we've morphed that system unfortunately in this country to say that bail is gonna keep you in jail," said O'Connor.

The Chief Justice said some courts in Ohio are already changing their ways.

"Bail reform is a national movement. Ohio is not leading the pack on it by any means," O'Connor replied.

O'Connor said she may never feel the loss some have suffered but she hopes to play a part in ending their pain once solutions are proposed.