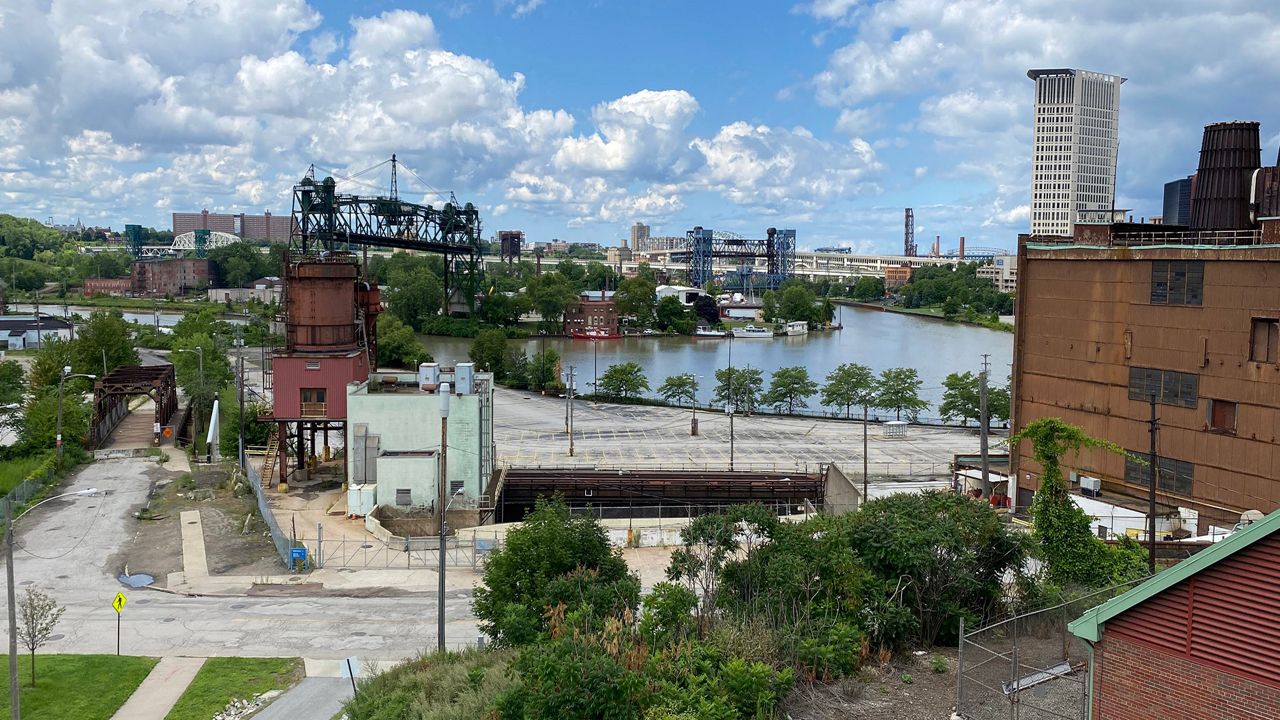 CLEVELAND, Ohio — A revitalization effort for a priority location in Cleveland is entering its final planning stage.

It’s called “Vision for the Valley," which is all about intersecting Cleveland’s robust industry with what developers are calling untapped potential along the riverfront.

“I personally and professionally think the most unique and authentic attribute that we have is this working river that is this blend of industrial and recreation, and beauty and winding river, and we just don't take advantage of it," said Rico Pietro.

Pietro is a Cresco real estate developer overseeing the Flats South Project. He’s part of the team working on the “Vision for the Valley” initiative which aims to transform the area surrounding the Cuyahoga River.

The city of Cleveland describes the Port of Cleveland and industrial businesses in this area as an economic engine generating an impact of more than $3 billion.

“I think it’s a cornerstone piece that we can sell to the community, to employers, to residents of what's great about Cleveland, and it's been an afterthought, for nearly 50 years. Our vision, OHM vision, is to make this the centerpiece of the Cleveland experience,” said Pietro.

OHM Advisors is the architecture, engineering and planning firm leading the way.

Arthur Schmidt is a senior planner.

“We’re kind of at at 100,000 foot level right now, and we’re trying to assemble all of the pieces and parts together because in the past we really haven’t had this type of study where we collectively looked at this area," said Schmidt.

“Vision for the Valley” began through a study more than a year ago. Now, it’s in the final planning stage of developing a comprehensive concept for what the future of the Cuyahoga River Valley could be by gaining more community feedback.

“Engage the community whether it’s bike, vessel, walking, or via vehicle, to be able to get access to the riverfront and also find a natural connection to downtown," said Pietro.

One idea is to revamp the pedestrian bridge leading to Progressive Field.

The revitalization is in four focus areas along an eight-mile stretch, all the way from the mouth that connects to Lake Erie, to Harvard Avenue, and 5,000 feet on either side of the river.

“Kind of almost create almost like a grand entrance to the riverfront," said Schmidt.

Several area groups, agencies, and stakeholders are involved all making up what they call the “One Team.”

One member is the city of Cleveland.

The Director of the Department of City Planning Freddy Collier released a statement to Spectrum News that states:

“The Cuyahoga River Valley continues to experience a unique renaissance, which spans across industry, development, environment and public spaces. The Port of Cleveland and the industrial businesses along the riverfront continue to evolve and thrive, generating a local and regional economic impact of over $3 billion dollars with new opportunities emerging. There has been significant investment over the last 15 years in residential, commercial, and entertainment developments which have transformed either vacant historical buildings or underutilized properties. The environmental health of both the river and the valley have drastically improved due to the ongoing efforts of a myriad of partners including conservancies, neighborhood groups, local and federal agencies, and local government. Access and public spaces around the river have also improved. Multi-use paths, trails, and parks have been implemented and continue to be planned, providing the community with critical greenspace. Recreational use on the river itself has increased in the form of rowing foundations, paddle boarding, kayaking, and other means. The Vision for the Valley plan is structured to guide growth and decision-making for future initiatives for the next thirty years. The plan document includes a summary of the discovery, analysis, and engagement conducted, the vision framework which includes the purpose lens, plan components, principles, initiatives, and strategies. The plan also highlights priority focus areas. These elements of the plan were developed together with the stakeholders and community.”

So when can Clevelanders expect to see some changes?

Well, the timeline and price tag are fluid.

Leaders estimate some projects could happen in under three years; others might take a decade or longer to complete.

“If you consider it cheap, you know, $100,000 to projects that are you know millions and tens of millions of dollars in terms of cost,” said Schmidt.

“Small things that the community can see immediately, extension of Towpath (Trail) in concert in connection with the MetroParks, and Irish Town Bend, would be great to see things maybe in the next two to three years," said Pietro.

“Vision for the Valley” is hosting virtual office hours through August 13. More information on how you can share your input on the project can be found here.