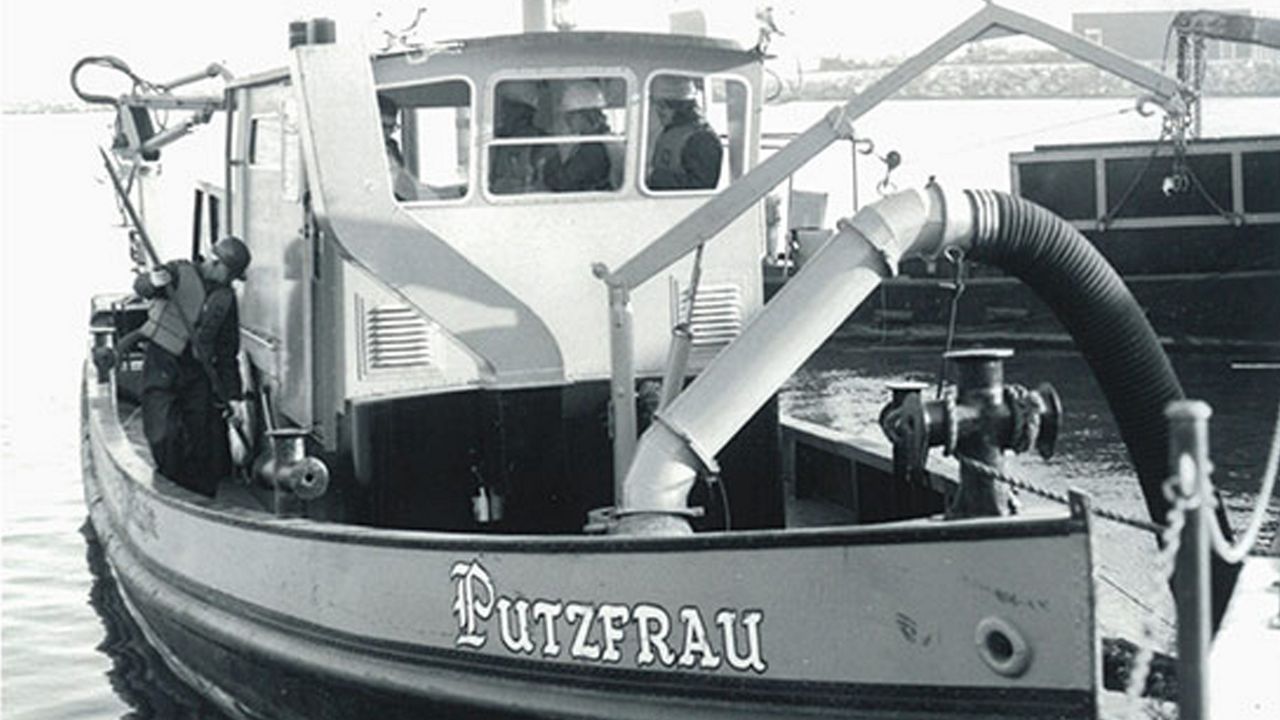 CLEVELAND, Ohio- “Putzfrau is german for cleaning lady,” said Captain Drew Furguson, President of PHASTAR, a Cleveland-based non-profit that provides maritime and aviation experiences for students, “she is the cleaning lady, this is the boat that cleaned up the Cuyahoga. I mean, a lot of people talked about a lot of people were appalled by seeing the Cuyahoga River burning. This is the vessel that went out and cleaned it."


It was used for about 20 years. But today, Captain Ferguson and PHASTAR are sending out an S.O.S to restore Putzfrau before heading back out on the water, “the funding and the need to actively go out and remove debris and large industrial wastes from the river, kind of wrapped up in the 90s late 80s and early 90s and so the vessel was put on dry dock and has sat there ever since.”

Once restored, the boat will be used to clean again. But this time it will be operated by students at Davis Aerospace and Maritime High School, a joint operation between PHASTAR and the Cleveland Metropolitan School District, “we’re always looking for real opportunities for our students to get out on the water, and not only have experience but use the skills they learn in school, to improve the community or engage the community in a productive way so that they’re not the recipient of experiences they’re actually involved,” said Captain Ferguson.

Without these programs, Captain Ferguson says many students may never get out on the water, even though they live so close to it, “I can tell you that it’s a fact the Cleveland kids aren’t getting to the lake. About 80-85% of the kids that arrive at our Davis Aerospace Maritime high school have never touched Lake Erie or the Cuyahoga River.”

The boat is also a way the school can make changes to safely operate during the COVID-19 pandemic, “we can’t do education the way we’ve traditionally done it, we can’t take large numbers of kids and pack them into small classrooms and teach them, and I’ve never been a proponent of that I’ve always been let’s get outside. Well, now more than ever, we have an opportunity to have floating classrooms,” said Capt. Ferguson.