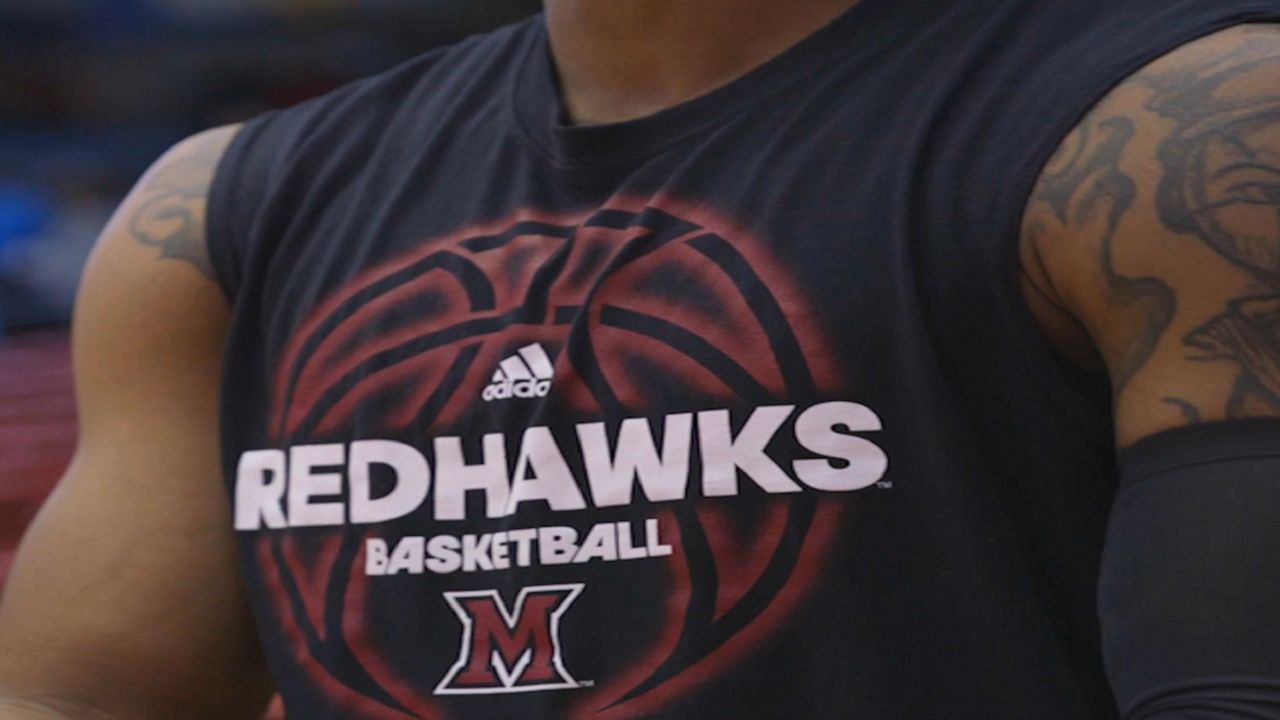 OXFORD, Ohio — In Oxford, Ohio, an entire generation has gone by for the Miami RedHawks.

After a longstanding relationship dating back to the 1970s, the Miami Tribe of Oklahoma, in 1996, requested the university change its nickname and mascot from the Redskins to the RedHawks.

Kara Strass is the drector of Miami Tribe relations at Miami University. She says the name and logo change was a mutual decision between the tribe and university.

“Deciding to change, and deciding to change so quickly, was really an acknowledgment of the sovereignty of the Miami Tribe and a respect for that relationship, that they decided to make that change and make it so quickly,” said Strass.

A change of that magnitude is often a difficult one for fans, but Strass says RedHawks fans have embraced the new name with open arms.

Strass says the Miami Tribe and the university have a great working relationship and their current mascot, the Red Hawk, adds context to that bond.

“The black diamond represents the tribe, the red diamond represents the university. And then in the middle is a white diamond. That's the shared space where we come together. The most important part of that logo is the center piece, the red dot, which represents fire. And if we think about fire, it's warm, it's welcoming, but you also need to tend it in order for it to move forward,” said Strass.

For Columbus resident and D.C. native Aaron Taylor, the NFL's Washington Redskins have always given him the opportunity to get together with family and friends.

Just last week, the team announced they are retiring their logo that dates back 87 years and replacing it in the near future.

Taylor, a teacher at Westerville North High School, says the movement is part of a global conversation about race and a change that's long overdue.

“Growing up with it and hearing it from birth essentially, it never seemed like there was anything wrong with it because you just get used to it. And as I got older and started to hear arguments about why it might be offensive or maybe why we should just change it, I thought yeah, I do think it's about time,” said Taylor.

Taylor says he doesn't believe the name and logo change will strip away the team's legacy.

And while older generations familiar with the team's championship past may think differently, Taylor says he'll hold on to those cherished mementos from the past, but he's excited for what the future brings.

“It's nice just to have what we have as a family and see those pictures and still have that gear, those toys, and those pennants, and just have those family memories. I think that's an important thing to me,” said Taylor.

And Taylor’s advice to Cleveland Indians fans who might be experiencing a name and logo change in the near future is to embrace the change.

“Be thoughtful and caring to the people who do see something wrong with it,” said Taylor.