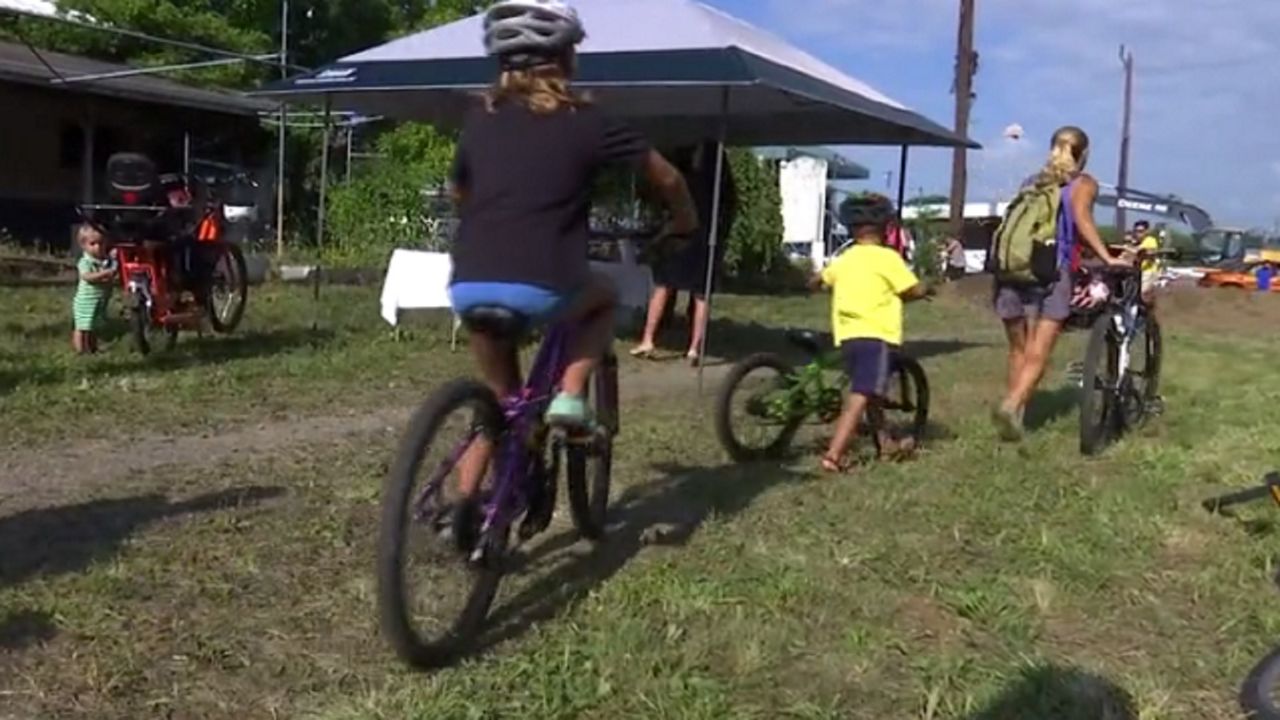 CINCINNATI, Ohio—During the pandemic, many people have spent more time outside. Cyclists and runners in the Cincinnati area will soon have more trails to explore that will connect all the way to the northern part of our state.

​What was once a railroad track will soon be turned into a running and biking trail in the Cincinnati area that will connect many trails here that will also connect all across the state.

Weston Mann is learning how to ride a bike.

And he’s pretty speedy too. So his parents are happy to see a new portion of the Wasson Way trail under construction to keep this three year old safe.

“It gives us a safe space away from cars and knowing he can practice riding his bike when he’s still new to it and it just lets us feel comfortable letting him roam a little bit and that freedom of just adventure outdoors," Krista Mann, Weston's mother said.

The Wasson Way is a project to connect Xavier University to Ault Park to the Little Miami Trail, which can go all the way through the state.

“You’ll be able to ride from Hyde Park form Oakley, from Evanston from Avondale and connect to the Little Miami trail and ultimately go up to Columbus and then Cleveland if you wish," Sean McGrory the board president for the Wasson Way organization said.

The six mile trail goes through urban neighborhoods, usually the most difficult place to put a bike trail. This is the third phase of the project. Mayor John Cranley says he actually walks the completed portions of the trail all the time.

“In the middle of an urban area but not having to get hit by a car, to be safe, protected, it’s really a beautiful thing," Mayor Cranley said.

Wasson Way was designed to connect Cincinnati’s neighborhoods and get more people comfortable on a bike or running through their community.

“There are a few hardcore cyclists like myself that are willing too brave the streets," McGrory said. "But the vast majority of cyclists would much prefer to be off of the roadway and not share it with vehicular traffic.”

And for little Weston, he’s ready to zoom down the new stretch of the trail.

“Very excited," Michael Mann, Weston's dad said. "We love bike paths and bike trails and just things to do outside.”

Families in this neighborhood are looking forward to this trail being completed by the end of November. For more information on Wasson Way and other trail initiatives in the Cincinnati area, click here.