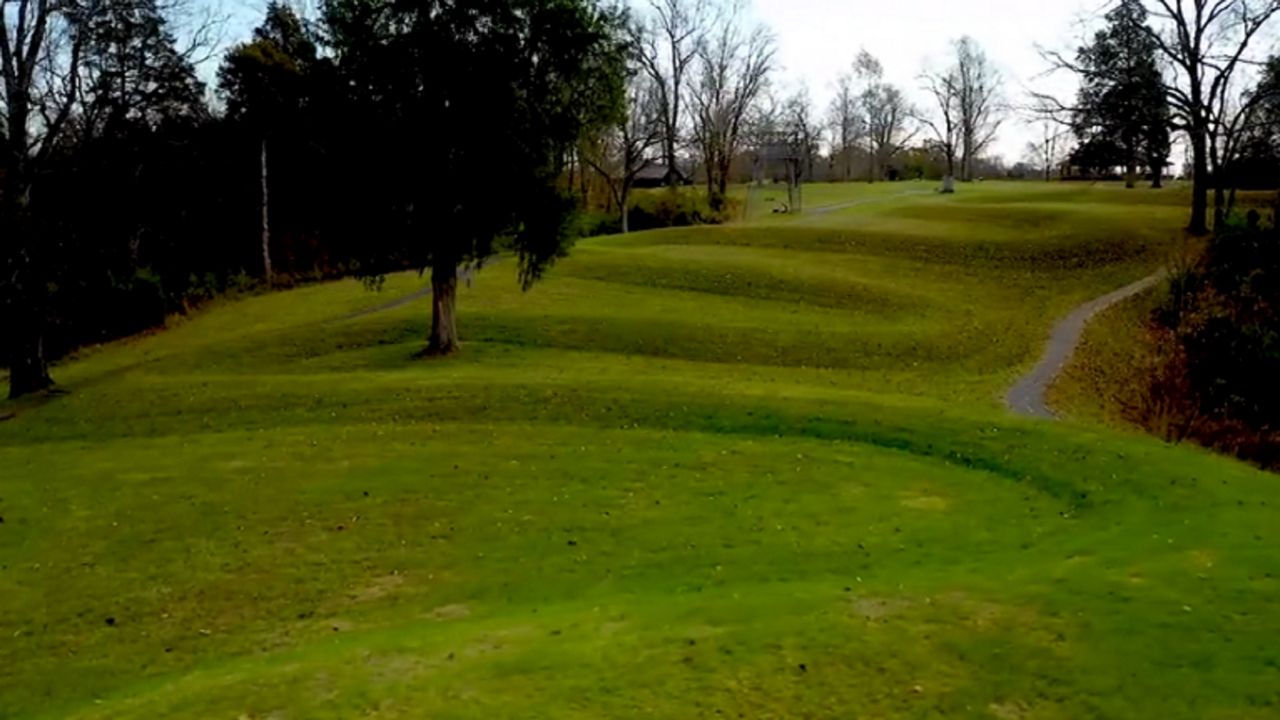 COLUMBUS, Ohio — Jennifer Aultman serves as the director of historic sites and museums at Ohio History Connection. She's a trained anthropologist and archaeologist and is on a mission to have Ohio sacred Indian sites, such as the Octagon, Great Circle, and six others to be designated as World Heritage sites.

In total, there are 24 World Heritage Sites in the U.S., including Yellowstone, the Grand Canyon, and Yosemite National Park.

“It can be a very long process, and the reason that is is that the committee wants to make sure that not only are these places so significant that they really should be added to the list, but they also want to make sure that they're being managed in such a way that they'll be preserved and cared for really in perpetuity,” said Aultman.

And while it's believed the Hopewell Indians had a large presence in our state, their name was derived by a Chillicothe landowner.

“Hopewell was never the name of a tribe. It is a name that archeologists gave to sites based on the Hopewell Mound group in Chillicothe—was owned by a white man named Mordecai Hopewell,” said Aultman.

Earthworks were used by Native Americans as places of ceremony, social gathering, and honoring the dead.

Ohio's history dates back thousands of years — from the Fortified Hill Earthworks project to the Great Serpent Mound.

Native American culture is still celebrated each year in Chillicothe during the Feast of the Flowering Moon.

Ohio State Professor of American Indian Studies and citizen of the Pokagon Band of Potawatomi Indians Dr. John Low says the eight locations across Ohio are not only part of our history, but monumental places of engineering and social collaboration, as well as astronomy and geometry.

And while the process to be included as a World Heritage site must meet certain criteria, the process could take several years. Aultman says she's confident Ohio will one day be able to share these national treasures with the rest of the world.

"One is that Ohioans will better understand and appreciate this history. Another is, yeah, this is sort of a global megaphone about this really important history that's here in Ohio, we just want people to know that and appreciate the ancient American Indian culture and how sophisticated that tradition is in terms of astrological knowledge,” said Aultman.