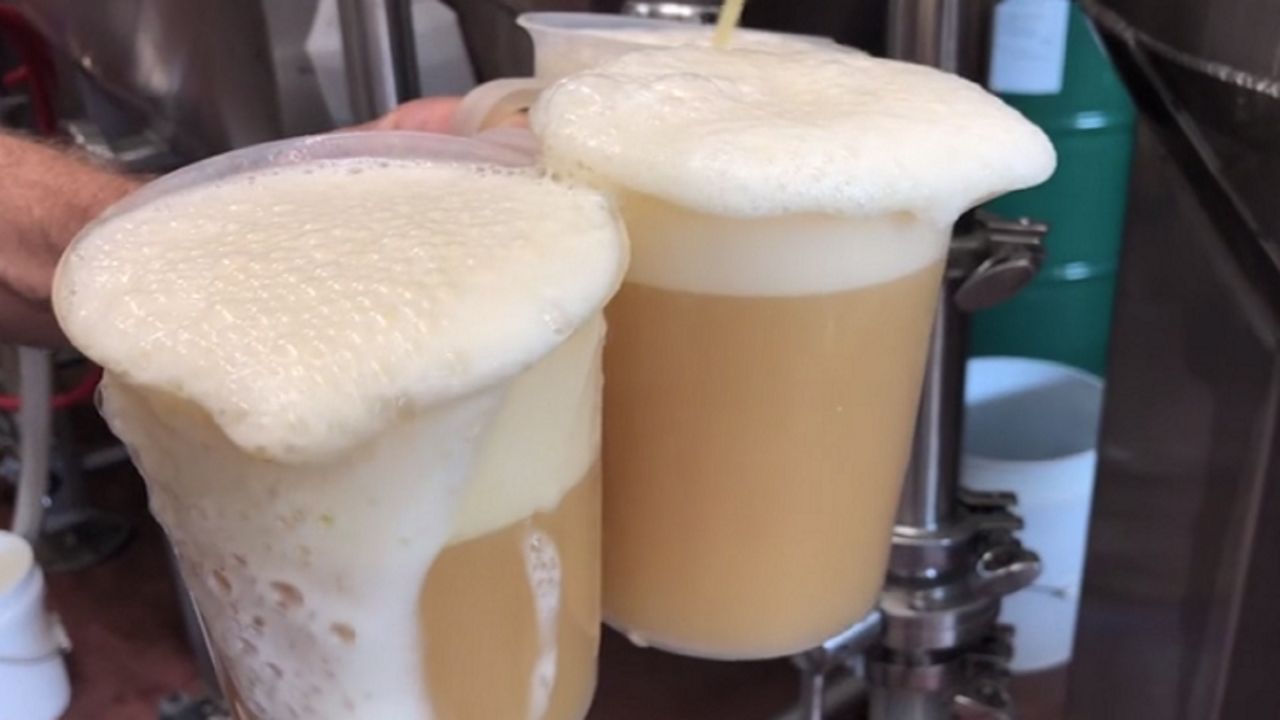 CLEVELAND, Ohio — Breweries across the world are brewing a new kind of beer, and with a special name. It's known as the “Black Is Beautiful" blend. The breweries are participating in an initiative to raise awareness of injustices many people of color face and raise money for local organizations that support equality and inclusion.

Marcus Baskerville, owner of Weathered Souls Brewery based in San Antonio, Texas, says he came up with the idea as a response to the recent incidents involving police abuse and racial violence.

“This is something that probably should have happened years ago, but with the recent turmoils that we've had to deal with with Breonna Taylor, George Floyd, all the other recent murders that we’ve experienced, at this point enough is enough and so, something needed to be done,” Baskerville said.

Weathered Souls provides the label design for beer cans and a stout-based recipe for participating breweries.

“We know stouts range from many hues—from anywhere from deep dark brown, like chocolate characteristics, all the way to the blackest of black—so, I kinda wanted to use a beer that would highlight the hues and spectrums of Black people within itself, so it was a no-brainer to go with stouts," Baskerville said.

In June, Weathered Souls put out the call asking for breweries and brewers far and wide to raise a glass and brew for a cause. And over 900 have answered.

“Originally when we came up with this, we were going to shoot for 200-250 breweries, so to surpass that within 24 hours and then to hit the numbers that we have, it’s been the most humbling experience that I’ve ever had,” Baskerville said.

Vaughn Stewart, of Bookhouse Brewing in Cleveland, is participating.

“News of a good cause travels fast in brewing circles and people are quick to want to help and do what they can, and so I felt the same way,” Stewart said.

Stewart says he is excited to have the Black Is Beautiful beer on tap, and its proceeds will go to the NAACP of Cleveland.

Stewart is no stranger to brewing for a good cause. This year, Bookhouse participated in the All Together project, which was organized by a New York brewery to support hospitality and service industry workers impacted by COVID-19. And in 2019, the brewery supported a California brewery's mission to brew beer to benefit communities devastated by a destructive fire that destroyed over 10,000 homes in the state.

“There really is a craft beer community that shares these values and that says, you know, this is who we are, or this is who we want to be, this is who we're working towards being. It feels like the least we can do, the bare minimum just to say, you know, we are in such a place of privilege and we're so fortunate to have what we have. We have a desire to give back. We have a need to give back and to help when we can," said Stewart.