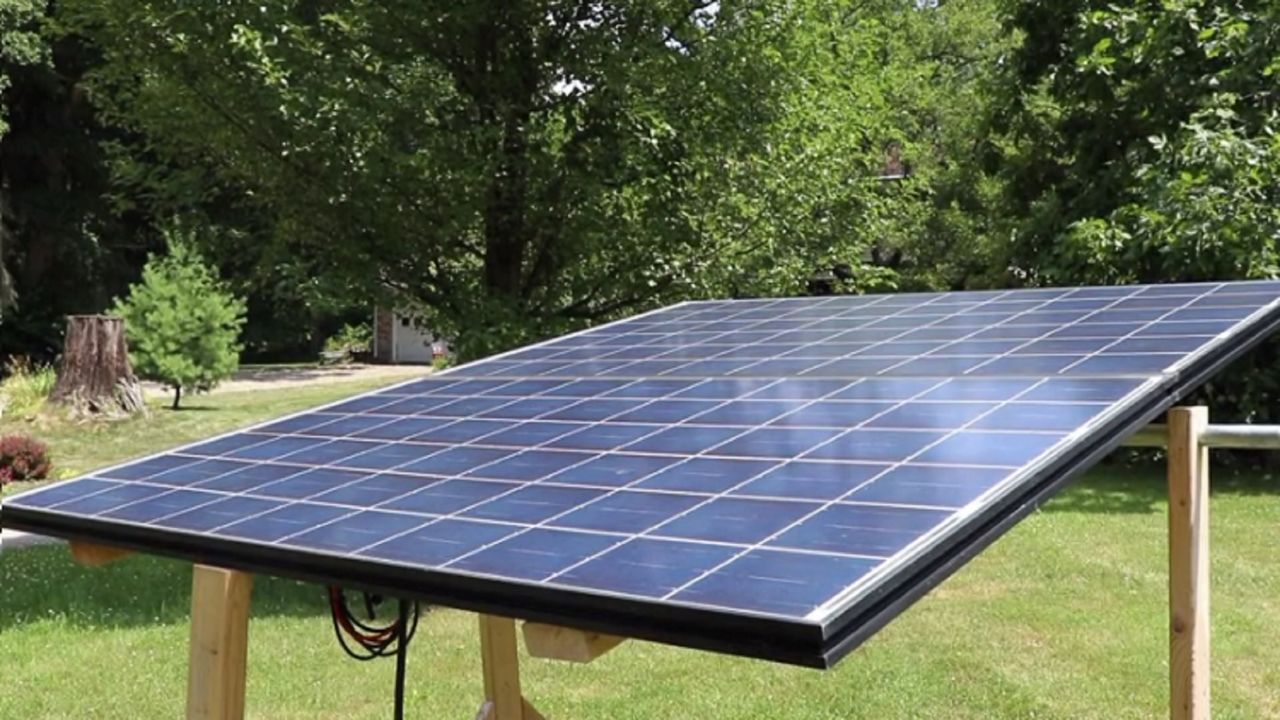 MARION, Ohio — When Jason presented, it was very very clear — one, he was a man on a mission, two, he had an incredible market niche,” said Jeremy Dunn, business development counsel for JEA.

JEA business developer Jeremy Dunn is talking about the company’s founder, Jason Jordan, who, despite appearances, is not building a time machine out of his basement.

He works full-time as an engineer, but he's also an innovator who has been working on his idea and developing his small business since last year, when he got hit with a $400 electric bill.

“I started researching solar installations and I discovered that the entry point was at least $10,000. It was a huge investment and I'm married, I have three kids, and we don’t have $10,000 to throw around, so I thought I'm an engineer, I thought there would be another way I could do it myself.”

Since then, Jordan Energy Alternative, or JEA, went on to win the 2019 Forge small business competition, put on by Marion Technical College. It’s working with Warren, Ohio-based BRITE Energy Innovators and recently joined the national Cleantech Open, or CTO.

CTO is the largest and oldest accelerator for clean technology entrepreneurs. It has created more than 3,000 “clean” economy jobs.

“This was a huge opportunity for myself, the small business, and even for Marion, Ohio because you don't typically don't think of high tech of Marion, but, you know, we helped build the Panama Canal, we helped put people in space,” said Jordan.

And with the help of CTO, JEA is refining its marketing plan and prototype and it’s hoping to soon be able to offer its product to the public.

“We're going to provide a simple solar device on wheels that you can fold up and you can plug into a standard 110 outlet and start saving money right away.”

And as setbacks are inevitable with every new innovation or small business, Jordan says he has learned not to fear failure, especially now during the coronavirus pandemic.

“I felt like I was on cloud nine mid-February and in a couple weeks it seemed like it was crashing down, so there’s going to be setbacks, there's going to be obstacles in your way and so, you just have to, you know, shrink your world down a little bit and say ok, how do I figure out how to get past this particular obstacle.”