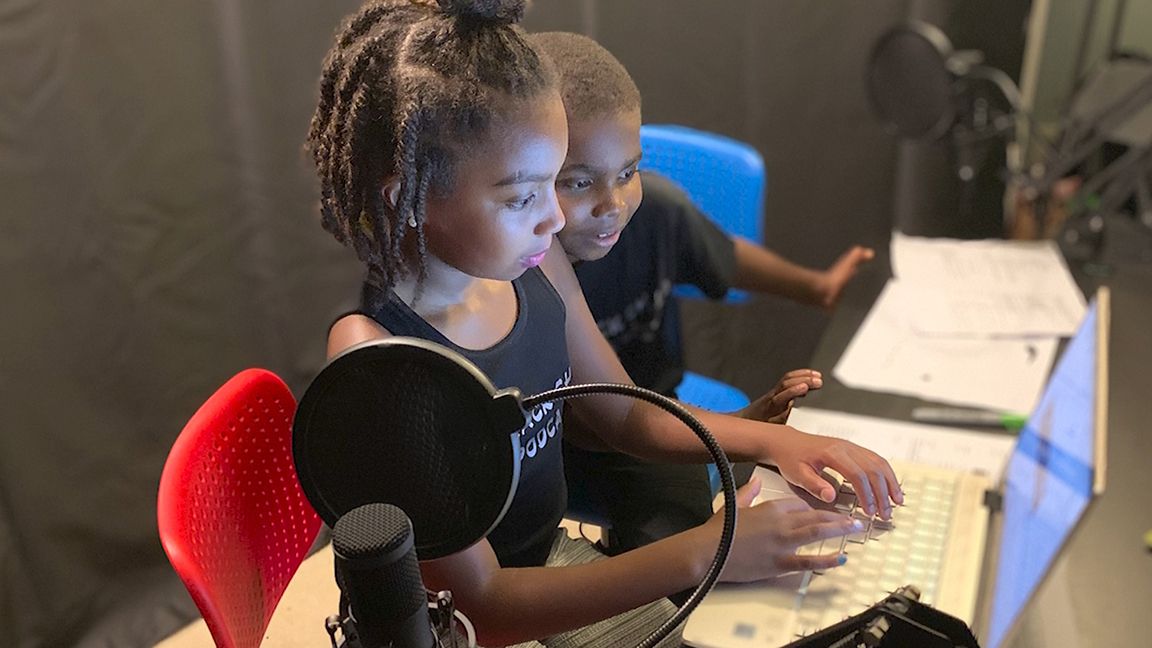 CINCINNATI, Ohio — With COVID-19 canceling many summer activities, Avery Ausmer, 10, and her brother Jackson, 7, were determined to create a meaningful and impactful project.

“There was no Black podcast for kids and we wanted to make one to inspire other kids,” Avery said.

The Ausmer’s “Hey Black Child” podcast is kid-produced and kid-friendly. It touches on a variety of different topics from Black history to historical Black figures and some of their work.

“There’s a bunch of things that Black people can do that they don’t get recognize for,” Avery said.

One of which Avery said is poetry. On their first episode called “Poetry Floetry” the Ausmers explore the work of famous Black poets Langston Hughes and Countee Cullen.

“They made a bunch of inspiring poems, and they were really good, and I decided to read them and talk about them,” Avery said.

The Ausmers said it’s been an exciting project for them to work on as a family. Their mother Nicole Ausmer said she has enjoyed seeing her kids blossom.

“From day one, the kids have really bought into the process and have been very active in directing, helping with the script and picking topics,” Nicole said. “So it’s really been really a family affair to make this come to fruition.”

And not only has she enjoyed seeing them blossom, but Nicole said it’s a great opportunity for them to learn more and embrace their culture.

“I want them to be excited about being Black,” Nicole said. “I never want them to have those moments where they don’t want to identify. So it’s been a full-circle moment for me because I struggled with identity growing up, and I don’t want that for my kids.”

And being excited about being Black is something the kids said they want other kids to feel, too.

“I hope that they get inspired to do anything they put their mind to and desire to,” Avery said.

“Black people can do whatever they want,” Jackson said.

Overall, Avery said she not only looks to inspire other kids that look like her, but hopes the world will begin to value Black lives as well.

“I hope that people that aren’t Black realize that everybody should be treated equally and shouldn’t be treated differently, and they should have equal rights,” Avery said.

You can check out their first episode Poetry Floetry on July 1. For more information on where you can listen to the podcast or support it visit nicoleausmer.com