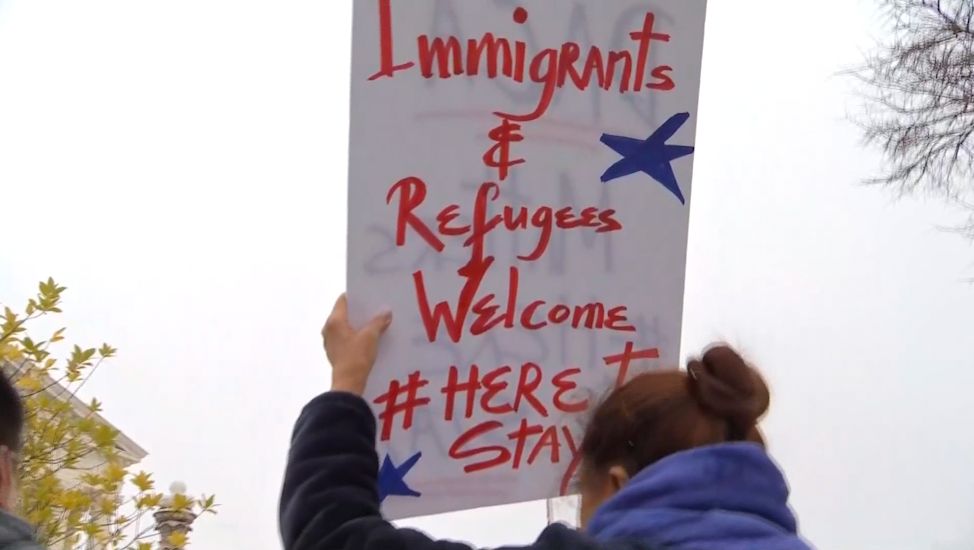 The Deferred Action for Childhood Arrivals program, called DACA leaves hundreds of thousands in immigration limbo, including around 4,000 in Ohio according to figures from United States Citizenship and Immigration Services.

“We were preparing for the reality of being deported,”says DACA recipient and immigration advocate Jose Cabrera. “And, maybe for the last 6 months, the last year, the Trump administration has been very vocal about it's intention to deport DACA recipients.”

Cabrera, who was born in Mexico but grew up and lives in Cincinnati, says the ruling is a surprise.

But he says the 5-4 decision against the Trump administration doesn't fix the status for Ohioans like him living under DACA.

“While this is a good news, this DACA was always intended to be a temporary fix,” says Cabrera via Skype. “And, we must continue and we will have, advocates, like I and my colleagues, will continue to fight for pathway to citizenship for DACA recipients and as well as addressing our broken immigration system.”

The court ruled that the manner in which the Trump administration ended the program was unlawful. The decision sends the issue back to lower courts.

Columbus-based Immigration attorney Inna Simakofsky says the ruling is cause to celebrate, but not too much.

“How do you plan anything when it could be taken away from you?

Says Simakovsky, who has represented several hundred DACA clients over the life of the program. “I think it's a very hard reality to live with and that's why we continue to fights. And that's why we celebrate today because it's wonderful, but we can't stop.”

The Obama administration established DACA just over 8 years ago, the anniversary on June 15.

DACA recipients must be working or in school, are required to pay taxes but don't receive federal benefits like financial aid.

It must be renewed every two years. And though people like Cabrera can continue in the program for now, Simakovsky say no one new can apply, and the future of the program is uncertain.

And Simakovsky – a refugee herself- says that this issue is just one of many facing immigrants and refugees in the country.

In addition to working to remove DACA, the Trump administration has restricted immigration from countries of Islamic faith, and has removed temporary protected status for several groups of refugees. Both are being challenged in court.

“We celebrate tonight or today, but tomorrow we get back to work fixing our broken immigration system,” he says.