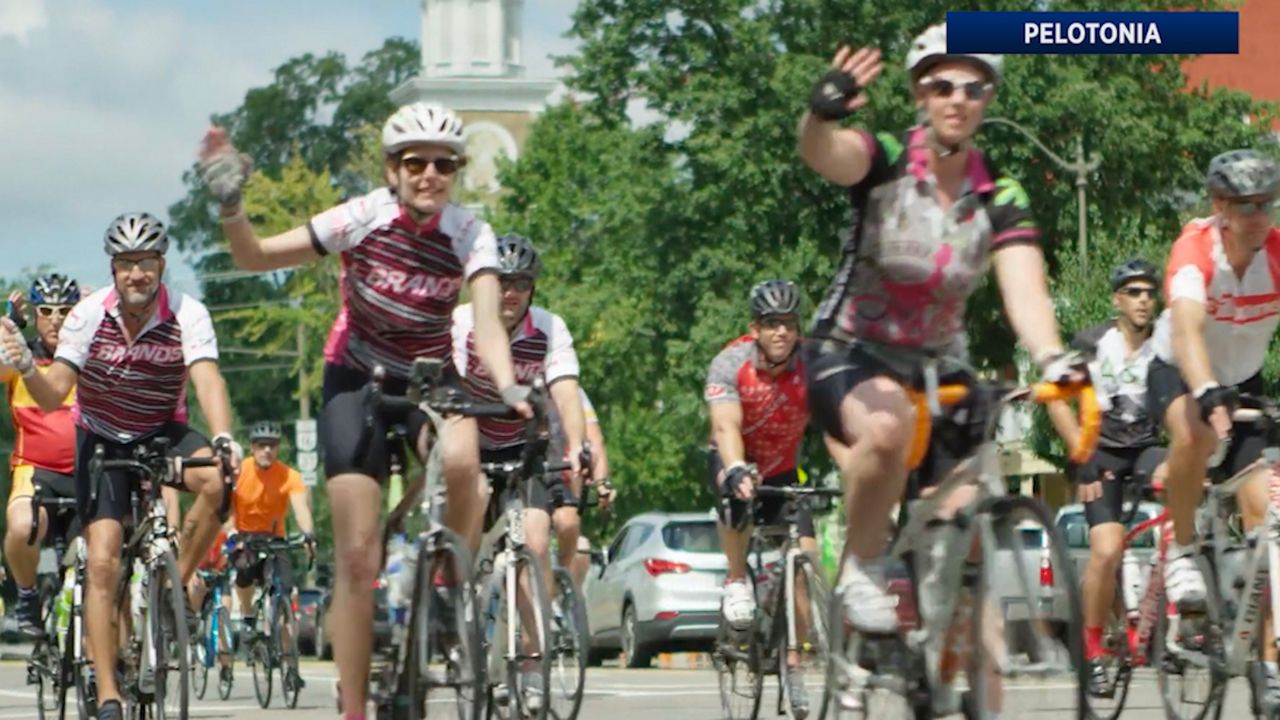 Pelotonia Goes Virtual, But the Goal Remains the Same

COLUMBUS, Ohio ― Columbus native Brenda Ribble begins her Pelotonia adventure in less than two weeks. She and a friend will start in Cleveland and end in Cincinnati—riding 326 miles over five days on the Ohio to Erie Trail.


She's riding to honor her father who is suffering from Chronic Lymphocytic Leukemia or CLL, a form of leukemia that doesn't have a cure and typically affects older men.

He's doing well after months of treatments and the James Cancer Institute made it possible that his $14,000 a month price tag for the medication was covered in full between insurance and grants.

“There are a lot of people who suffered through some chemo treatments that I've known for years and years that have been going to the James and they're still alive because of those treatments,” said Ribble.

Ribble is one of 7500+ expected to take part in this year's annual Pelotonia event.

Pelotonia Chief Operating Officer and cancer survivor Joe Apgar says this year there will be no minimum age for participants and fundraising efforts stretch until the end of October.

Organizers are hoping Pelotonia will continue to flourish despite these trying times, and they encourage participants to continue the good fight for a cure.

“It can be for people to ask for money. It's not a natural thing for a lot of people. I think one of the things that really stuck with me is probably more people than ever will get diagnosed with cancer this year. And in a lot of ways, a cancer diagnosis got a lot harder, just from a care standpoint and hospital standpoint,” said Apgar.

Born and raised in Columbus, Suraj Hinduja will ride 36 miles a day from August 2 to August 8 to honor the 36 kids across the nation diagnosed with cancer every day. It's his sixth year participating in Pelotonia.

“I want our children to grow up in a world where cancer ceases to exist. I'm a son of a cancer survivor. My mom will celebrate 20 years cancer-free next year,” said Hinduja.

Both Hinduja and Ribble encourage others to get involved with the My Pelotonia platform, whether that means riding, walking, running, or volunteering.

“We're human beings and we love to be with one another, and we love the camaraderie and spirit of ride weekend and I think there are multiple ways to figure that out in a responsible, healthy manner,” said Hinduja.

“There are a lot of good places to donate money right now. But cancer is still here, and it's still important to fund the research so we can provide hope for the future,” said Ribble.

More information can be found on the Pelotonia website.