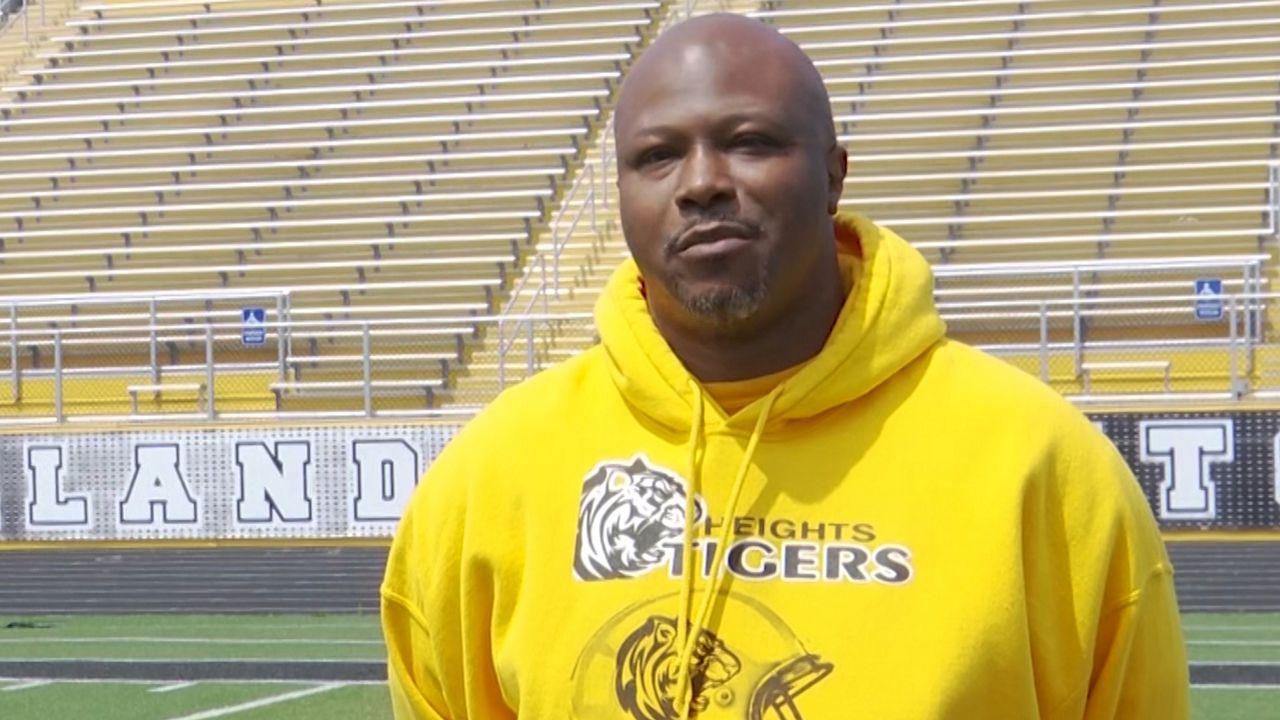 CLEVELAND HEIGHTS, Ohio– Coach Michael Payne is a scientist, Research Operations Manager at Case Western Reserve University and the Athletic Director for the Cleveland Heights Youth Sports Association. The program at Cleveland Heights, which started 12 years ago, has allowed Payne to help shape many young black children not only into great athletes but into thriving young adults who he has continued to mentor.

“It’s a proud, papa moment, if you will, as I mentioned, I’ve known these kids since they were 5,6,7 years old, running around, full of energy they were always good athletes they were always good kids and they come from good families. So I’m not surprised that they’ve evolved into being very thoughtful and articulate young men who are socially conscious. That’s the important thing that they are very much aware of what’s going on in the world.” Payne says.

James Weaver, Diego Bremer, Elijah Hodge, Nolan Johnson are alumni of the Cleveland Heights Youth Sports Association. They love talking football, but on Saturday they met with Payne to discuss the unrest happening in many parts of the country in response to the killing of George Floyd, and how police brutality and racial violence affects them.

“It’s sad that we live in a time where you have like young black kids like ourselves and even younger than us that have to learn certain ways to live, and maybe other people don’t have to.” Diego Bremer of Cleveland heights says.

They each say their parents and coach Payne have frequent discussions with them about how to interact with police.

“He used to tell me stuff about you get pulled over always have your i.d out, don’t reach for nothing, make sure all the lights are on.” Nolan Johnson of Cleveland heights says.

“Make sure your stuff is visible get your I.D yes sir, yes ma’am…. hands out” Elijah Hodge of Cleveland heights says.

And It’s instances like the death of George Floyd that remind them just how important those conversations are.

“It goes far beyond the scope of our responsibilities as coaches, but as young black men, we gladly take upon that depth responsibility to just be more than just football coaches to be part of these children’s lives.” Payne says.

They say seeing people their age, protesting and voicing their opinions is inspiring.

They’re hopeful that it will be the conversations and actions of their generation that leads to real change.

“Yeah, I just feel like we just got to continue to change the narrative.” James Weaver of Cleveland heights says.

“I’m just trying to like have people in general, look at me without fear. I don’t know why black people are putting fear in so many races; for some reason, it’s just like, we’re just really trying to live our life just like everybody else.” Nolan Johnson says.

Payne says although there will be no Cleveland Heights youth sports association programming this fall, staying connected with the student-athletes is now more important than ever, and he is making it his priority.

“They know how to contact me, and I know how to reach them. and it’s just, you know, right now, these kids need all the encouragement and guidance they can get because the times are so uncertain.” Payne says.