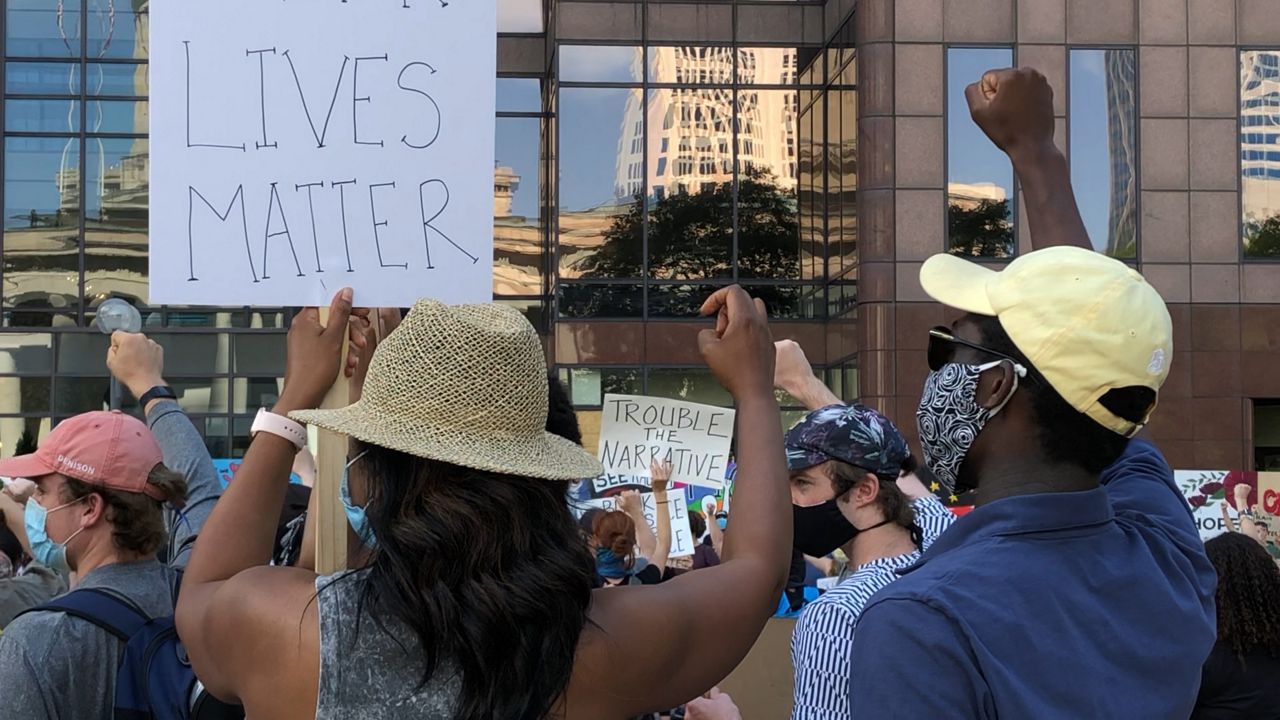 Protestors Are Not Concerned About Crowds, They Just Want Their Voices Heard

COLUMBUS, Ohio — For hours, protesters hit the streets of Columbus chanting the names of those who have died at the hands of police across the country, including George Floyd. This, while calling for change in Ohio and around the nation.

There was less of a police presence and a smaller crowd compared to the last week or so. However, the response, the energy and the message remained the same as protesters lined High Street and the median in front of the Statehouse.

Out for the eleventh straight day protesting, David Spigner said he knows the crowd isn’t as large as it has been, but says he’s not concerned about it.

Others like Madison Spellman, who joined him in the protest, are concerned about it.

“If there’s less people showing up, I’m afraid of black voices specifically being drowned out.”

Spread out across the street with signs held high, protesters shouted the names of those killed by police officers. David Spigner said too many black men have been killed at the hands of police in the city of Columbus alone and that’s why he’s been protesting.

“They feel like they better than everybody, they’re above the law, so somebody has to do something about it.”

Making a move through other parts of downtown, the crowd shouted “Black Lives Matter!"

“I feel like there’s a lot more to do, especially in Columbus," said Spellman. "It’s like we’re one of the most segregated cities in the U.S., which it just blows my mind.”

In fact, a 2015 study ranked Columbus as the second most econmically-segregated city in the country.

While some may have gotten tired, David Spigner said the smaller crowds won’t stop him and others from showing up.

“I just hope they hear us and they start changing stuff.”

Sunday night, there were state troopers and snipers on top of buildings, but overall it was a relatively quiet night compared to the last week and half.

Black Freedom protesters were scheduled to meet with leaders to make their demands known. Leaders said if the demands were not met, the protests would continue.