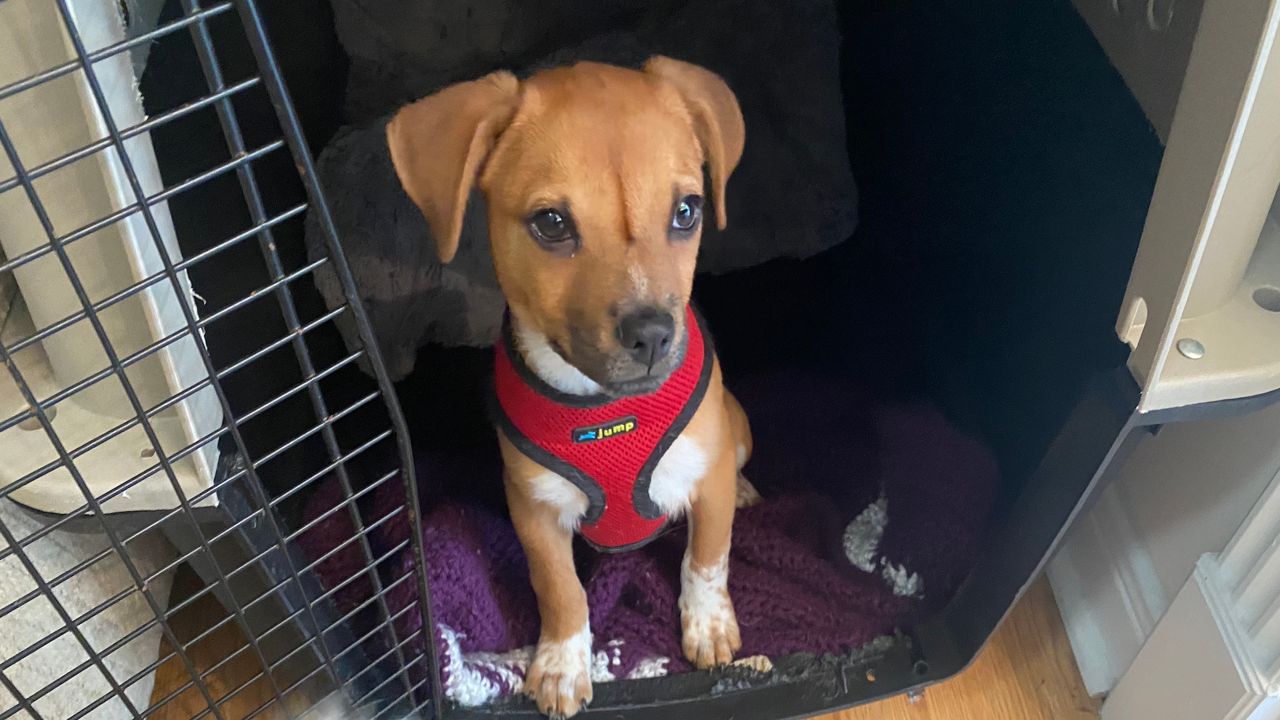 COLUMBUS, Ohio —  The cuteness of a puppy is undeniable, but before you pay someone for a dog, the Better Business Bureau says there has been a rise in puppy scams you need to watch out for. ​

The bureau says things you should avoid are buying a dog you have not seen in person, wire transferring money or sending gift cards, and prices that seem too good to be true.

They also recommend you do a reverse image search to see if the picture shows up anywhere else, since scammers sometimes steal real photos and information to pretend they have the dog when they don't.

The BBB did their own investigation into pet fraud and in their report, they say experts believe at least 80 percent of sponsored websites that appear in an online pet search are scams.

"The bottom line is, there's so many of these out there that if you don't know who you're dealing with and you haven't seen the dog itself, there's a high likelihood that you're going to be scammed out of your money," Morse said.

He says in these scams, the dog will never show up.

Pet Scams also keeps track of scams and allows people to report them.

The other issue is that of deception for people who actually get a dog.  Puppy mills have become very good at disguising themselves as mom and pop responsible breeders or even rescues, preying on people's emotions and good intentions.

"Ohio is one of the worst states when it comes to puppy mills,"said Paula Biancone, a volunteer with Speak! for the Unspoken.

She's been involved with rescue for over 20 years.

Speak takes in a lot of puppy mill dogs that come in traumatized and terrified.

"That is the reality of the puppy mills," she said. "There is no exception and you're fooling yourself if you think that there is.  You might see this cute little healthy puppy, but the mom is probably on her third or fourth litter, it's kept in deplorable conditions. So, it's a reality and you need to take the blinders off, because that cute little puppy, the torture and conditions it has come from, will continue if you keep getting a dog from a puppy mill."

Biancone says if you are trying to buy from a responsible breeder, they should be vetting you and you need to insist on seeing the puppy's parents.  If they make up an excuse as to why you can't, like saying the dog isn't there, the puppy is likely from a puppy mill.

There are also dogs being sold to people believing they are adopting from a rescue.

Biancone says a rescue should be a 501(c)(3) organization, there should be an application you have to fill out and then a signed adoption agreement, and she says there is no reason rescue would post on Craigslist.

She offers this advice for people who really want a specific kind of dog. She recommends putting in an application with a rescue like Speak! for the Unspoken, or even a shelter, and letting them know you would like to adopt a breed or age, etc.  Even if they don't have that dog in that moment, they may put you on a waiting list and let you know when they do get in that dog before they make it public.