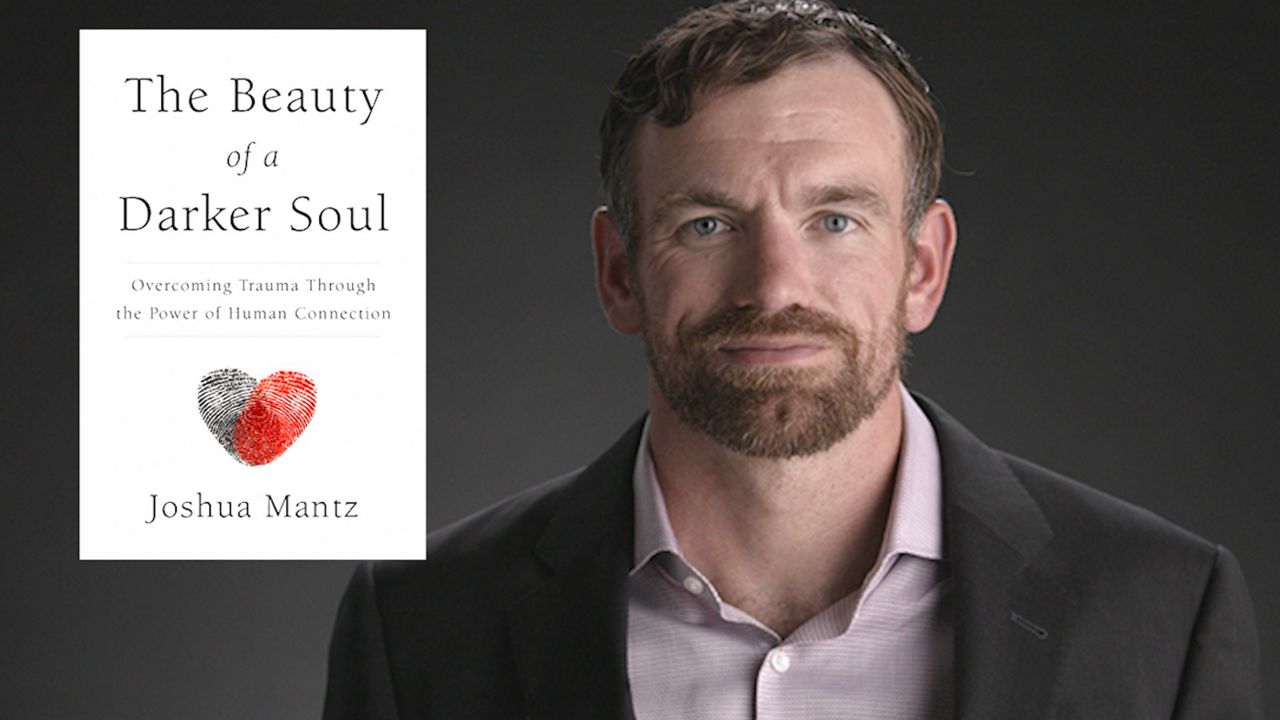 In 2007 while serving in the Iraq War for the 1st Cavalry Division, he was shot and nearly killed when a sniper bullet struck a major artery in his leg.

He was technically dead for 15 minutes, but a medical team resuscitated him and he returned back to finish his tour of duty.

A decade later Major Mantz chronicled his journey in "The Beauty of a Darker Soul: Overcoming Trauma through the Power of Human Connection."

“It was really the story that was surrounding the medical team that saved my life, which was a tremendously heroic, creative effort that kind of defied all odds,” said Major Joshua Mantz.

Major Mantz earned a Purple Heart and Bronze Star for Valor and his story is on display at the National Veterans Memorial and Museum in Columbus.

Major Mantz, who now lives in Los Vegas and travels the country, says his work now surrounds the field of physiological trauma, adversity and helping people overcome those moments.

The president of the National Veterans Memorial and Museum, invited the bestselling author for a Facebook Live Chat Thursday afternoon.

“There's fundamental change that everyone needs to understand that occurs. It's like a Crockpot. It's one degree a day. So this compression occurs. Within that journey of healing needs to be how it's let out,” said President and CEO of the National Veterans Memorial and Museum, Lieutenant General Michael Ferriter.

“When we become aware of our vulnerability and how fragile life really is, it kind of begins to alter and change our perspective on how we participate in life and how we feel about ourselves. It's that process of communication and articulation that kind of helps move that forward,” said Major Mantz.

Major Mantz commends the level of dedication and heroism from those on the front line of this pandemic — he calls it their 9/11 moment.

But most importantly, Major Mantz challenges us all to think about what we want to gather from this shared experience.

“If we don't spend some time seriously thinking about that and applying it to our lives, we can again run the risk of becoming detached from ourselves down the road. We're in a tremendous time, but it's going to be a very challenging times moving forward, but I think it's going to be also just immense, creative and productive times,” said Major Mantz.