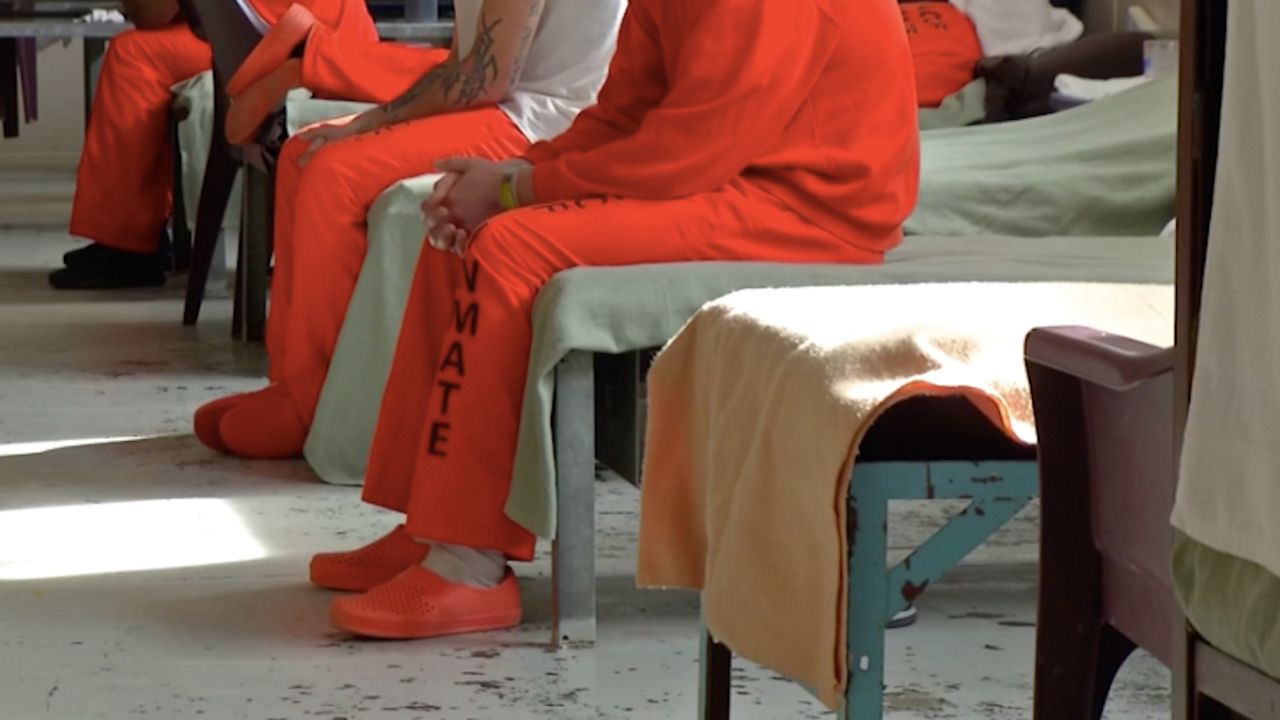 CLEVELAND, Ohio — Since July 2019 , Anthony Body and Kareem Henton have spent over one million dollars to help 250 people post bail. Their work in Cleveland is being done  through The Bail Project, a national non-profit organization which provides free bail assistance to low-income individuals.

The organization says that on any given day in America, nearly half a million people sit in jail awaiting trial simply because they can’t afford bail. As local staff advocates for The Bail Project, Henton and body are considered “Bail Disruptors."

“We’re talking about folks that haven't been convicted of anything, so when presumed innocent until proven guilty. Yet, if you can't afford to get out and bail yourself out you're possibly losing your job. You're losing, you know, your home, losing custody of your children,” Henton said.

And now more than ever, Henton says those in jail are at risk of losing their lives.

“We don't want someone who is not been found guilty of anything to be locked up in jail and pretty much be given a death sentence potentially, because of COVID-19,” he said.

Body says although fewer arrests are being made due to COVID-19, people are still being taken into custody. And these arrests can lead to a long time spent behind bars, even without a conviction.

“We have people who've been down in the county fighting a case for upwards to a year, they can't afford bail,” Body said.

Less access to the courts and jail facilities also due to COVID-19 has made it harder for the disruptors to do their jobs. But they say the work has to be done.

“We have to also scour and search for folks who are currently in jail who may not be able to afford bail so they won’t be affected by COVID-19. Some of the ways that we're giving referrals right now is the public defender's office in by happenstance if some folks within county jail, we're not able to, we don't receive collect calls, but sometimes we receive three-way calls from family members will call with the person on the phone .We will interview that client and if they’re eligible we bail them out. It's a tad bit more work, but it's worth it and someone has to do it,” Body said.

According to the Cuyahoga County Prosecutors office, the Cuyahoga County Jail’s pre-COVID-19 population was over 1,952, and as of now, the facility is housing 994 inmates. The office says it has  been working daily with the Common Pleas Court, the sheriff's office and the public defender's office to review cases and allow releases for a number of non-violent offenders.

Body says this shows that there are ways to swiftly address the issue of mass incarceration in this country.

“It increases the urgency because mass incarceration has always been an emergency, but increases the urgency to create change in policy, but also it gives us an opportunity to see an alternative, an alternative to what we have now and how can we keep this in place to keep those populations down, but also put programs in place that truly rehabilitate people and give people the opportunity to live a good life in society,'' he said.

Through grants and other philanthropic donations, The Bail Project’s financial threshold is 10 percent of a $10,000 bond and up to $5,000 cash.

But the support the organization gives isn’t just financial. The advocates remind clients about their court dates and help problem-solve when obstacles arise. and connect clients to voluntary wraparound services .

“We’re able to take at least one or two expenses out of the equation, and with that, along with a little bit of coaching, maybe get folks back on the right track where they can avoid some of these burdens,” Henton said.

Henton says although COVID-19 has been their biggest challenge to face, the Bail Disruptors are using this time as an opportunity to continue making a difference for those in the criminal justice system.

“We look forward to actually just continuing to build upon this because it's almost like COVID-19 just came in and kind of knocked everything off of the table, and so that just provides an excellent opportunity for folks like Anthony and myself and others that are coming in to do criminal justice reform work,” Henton said.