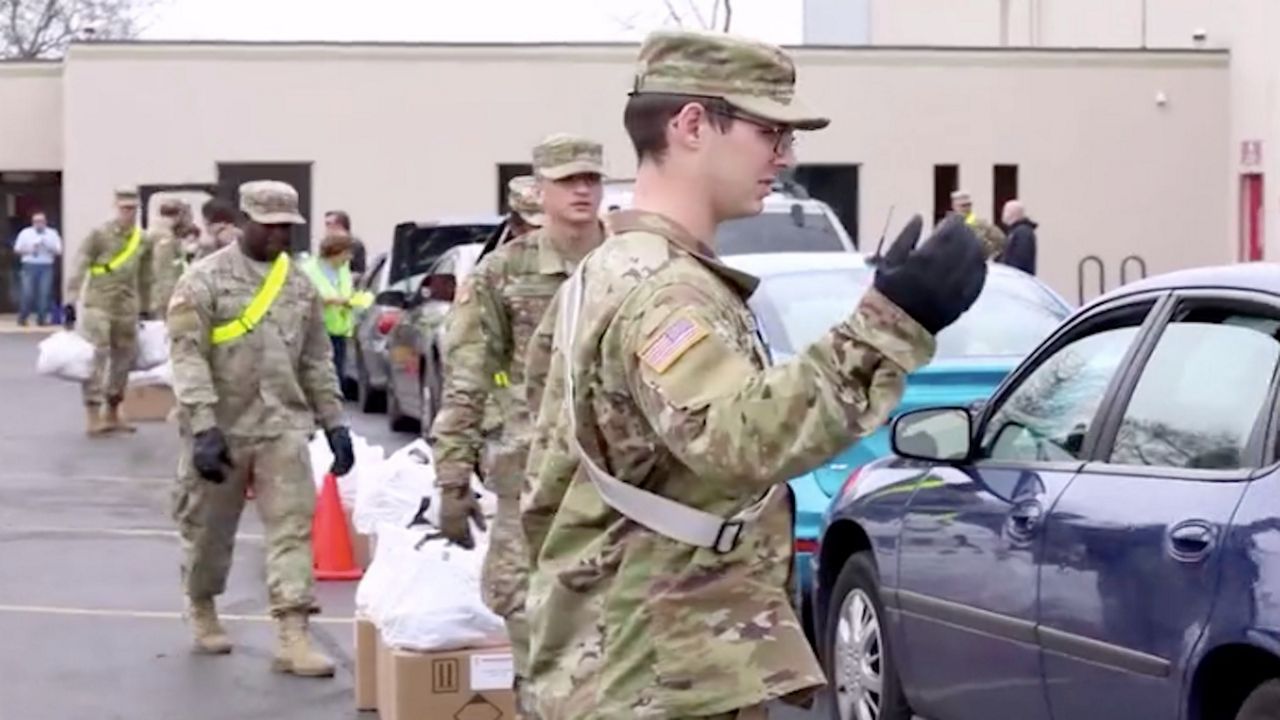 CLEVELAND, Ohio — Food pantries across the state are running low on food because of the surging demand during this health crisis.

“We’re hurting, there’s no doubt about it, but we’re surviving and we are getting by,” said Daniel Flowers, Akron-Canton Regional Foodbank.

Daniel Flowers is the president and CEO of the Akron-Canton Regional Foodbank. He says there was a lot of uncertainty when the pandemic began because they rely on food donations from large manufactures and retailers, and those donations have not been there lately. So to make up for it, the food bank has resorted to buying its own food.

“As we started getting some fundraising dollars and we started buying food, still going out to wholesalers, because we were just worried if donations lag, if donations go down, if we have a big surge in demand, which we have had, how are we gonna have food available? The food we ordered back in mid-March is just now starting to come in. I think next week we get the very first load.”

Other food banks, like Lutheran Social Service, are having a hard time getting some food supplies for people who come to their food distribution sites in central and southern Ohio.

“Oh definitely, just the interruption in the supply chain really impacts what we are able to access, like things where we are really struggling is canned vegetables, which is something that's usually pretty plentiful, however right now we are having a really difficult time sourcing those,” said Jennifer Fralic, director at Lutheran Social Service Food Pantries.

Earlier this month, the Akron-Canton Regional Foodbank served more than 1,700 households in one day. Flowers says he has never experienced such a demand.

“So, to have a huge jump, like 109 percent increase, that’s more than double the number of new families. That to me is an indication there’s new poverty occurring, there’s new people that have lost their work. That to me is the leading indicator of the family household impact of this shutdown,” Flowers said.