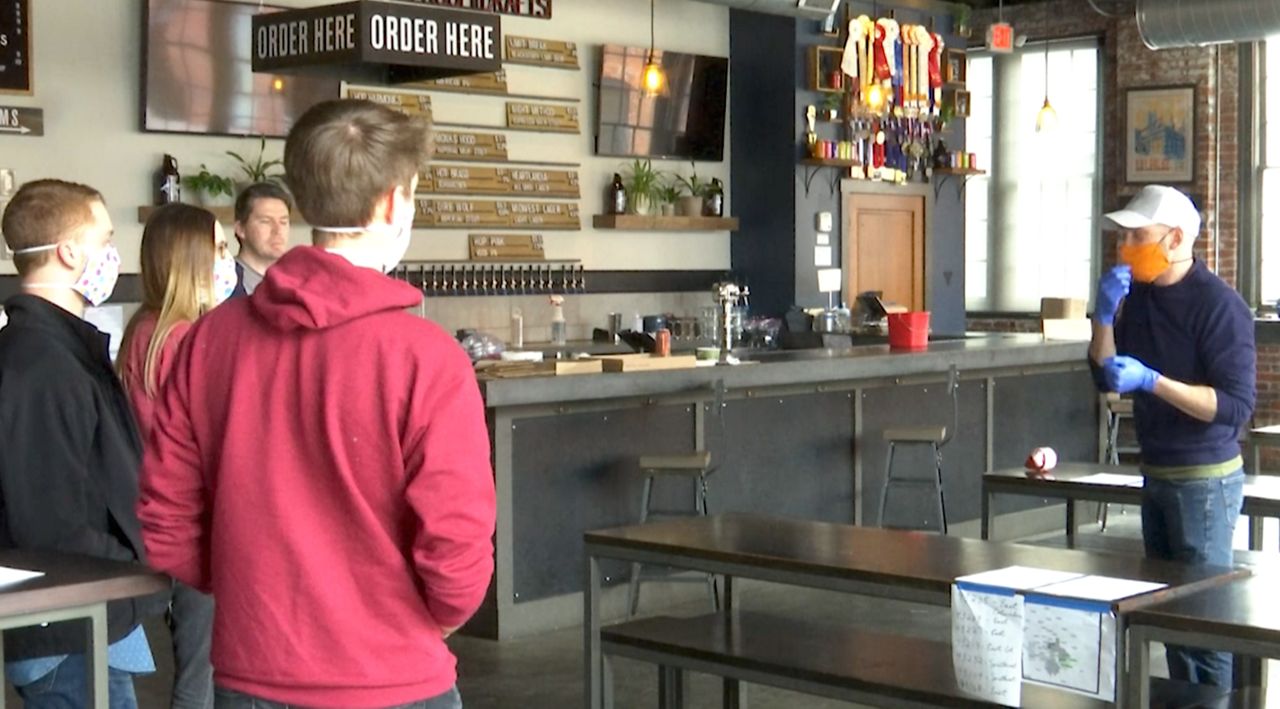 Restaurants Innovate To Stay Afloat, More Than Half Closed

For restaurants who are remaining open for carryout, business as usual, is anything but.

“It’s been a real change in the entire thought process of what we do going forward so we are really just trying to take the next best step,” says co-owner of Wolf's Ridge Brewing, Bob Szuter.

Employees now wear masks. Gloves and physical distancing is now a part of every day practice.

Wolf’s Ridge is one of the just under half of Ohio's restaurants still open. John Barker from Ohio Restaurant Association says just over half didn’t make it.

The 49% of restaurants still in business reinvent their ways to do business so that they can stay open, most in 24 hours after the state order dine-in shutdown.

“We’ve been open seven years and this is the worst thing that’s happened to us economically,” says Szuter.

Szuter says he had to lay off most of his 70+ staff. Szuter is hoping to use the SBA’s Payroll Protection Program loan he received approval for to bring back around half to assist with online orders.

“Restricting it to try to do three shifts per week with everybody, with the same people, so we can spread the work around, keep them as safe as possible,” says Szuter. “Kind of create teams of folks.”

Though Brio and Bravo restaurants nationwide are undergoing a financial restructure, the now 4-person team at Brio Easton has taken to social media to stay engaged with customers old and new.

“Extremely positive I think, a little bit of surprise as well,” says Brian Peters, Assistant General Manager for Brio Tuscan Grille at Easton.  “I don’t think people think of a high end restaurant having a sense of humor so i think that’s a plus for us.”

Peters took over social media duties as the company began to scale down because of coronavirus, dusting off his Theatre degree to make light-hearted social videos about the restaurant. The videos are gaining popularity on facebook with thousands of views.

“We’re not just reaching out to our typical guests who dine with us and frequent us regularly, but we’re also seeing an influx of people that never heard of us before, or who maybe were aware of us but had never dined here,” says Peters.

He had to lay off most of his staff, too, around 150. And, they’re doing a fraction of the business in carryout.

“Our dine in business was about 95 percent of what we did on a typical day, and carryout is important to us but it hasn’t been obviously such a monumental focus as it is right now,” says Peters.

But he says orders are coming in, and the addition of cocktails helped boost sales.

“So that’s been hugely impactful in a positive way to us,” says Peters who made a video featuring their Bellini specials. “But, overall, I think  people realizing that you can dine at Brio and actually take it to go is actually exciting at times too.”

Barker says success in the coronavirus era depends on how quickly restaurants adapted to restrictions. But, he says without more federal help, the future could be more dire.

“We’re asking congress to consider the “Restaurant Recovery Act,”  which would be similar to what we’re seeing with the airlines, so it would be carving out restaurants within the hospitality space because we were hit first and so dramatically.

As business continues to be unusual, the half of Ohio’s restaurants still feeding Ohio are hoping to hang on until customers and employees can come back inside.