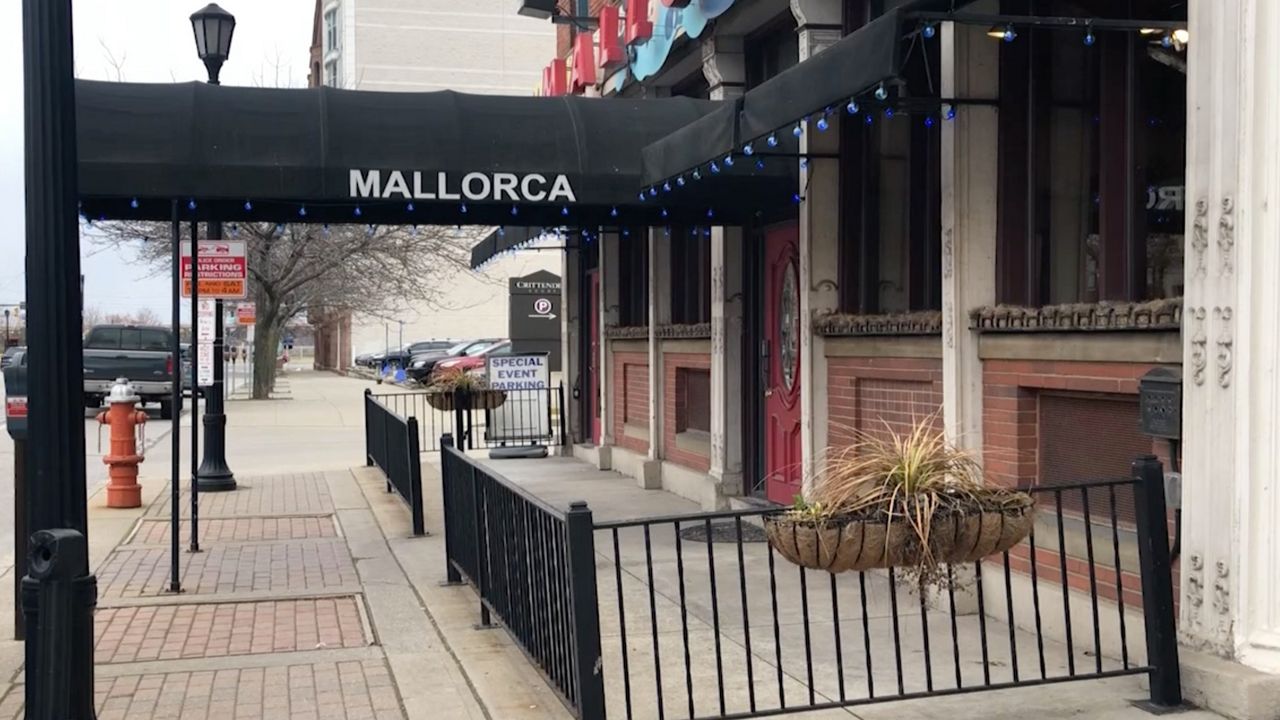 CLEVELAND, Ohio — The City of Cleveland is hoping a new business loan program can help calm the economic struggles that come with stay-at-home orders.

Normally an exciting part of downtown Cleveland, the Warehouse District just isn’t as busy these days.

"We were one of the first restaurants in the Warehouse District to start, and people saw the popularity of Mallorca and other restaurants popped up because of that," said Lauri Torres, owner of Mallorca Restaurant on West 9th Street.

Mallorca has been in business for almost 25 years. Torres says it’s been a tough time for a lot of restaurants around town.

"It’s difficult right now because of the unknown, not knowing what’s going to happen, when we can open again, how we’re going to fund that," she said.

To hopefully ease the pain, she is applying for the City of Cleveland’s Emergency Working Capital Loan Fund.

"To recognize not only the health impact, but the financial impact this is having not only on city revenue, but the economic vitality on the city of Cleveland," Mayor Jackson said at a press conference in early April.

There are no fees or closing costs with the application and the interest rate is zero percent until the first of January. Payments start on January 1 at $150 a month until the loan is paid back.

"The SBA has the Economic Injury Disaster Loan and the Payroll Protection Program, but being federal programs, there’s a lot of bureaucracy to it and there’s a lot of time that happens to that. And so this is an opportunity the city is seizing to get easy money into people’s hands," said Thomas Starinsky, the assistant director at the Historic Warehouse District Development Corporation and the Historic Gateway Neighborhood Corporation, which are neighborhood-based partners with the Downtown Cleveland Alliance.

He’s working with 15 businesses from both neighborhoods to apply for the loan, including Mallorca, which Torres hopes can make a comeback with a little help.