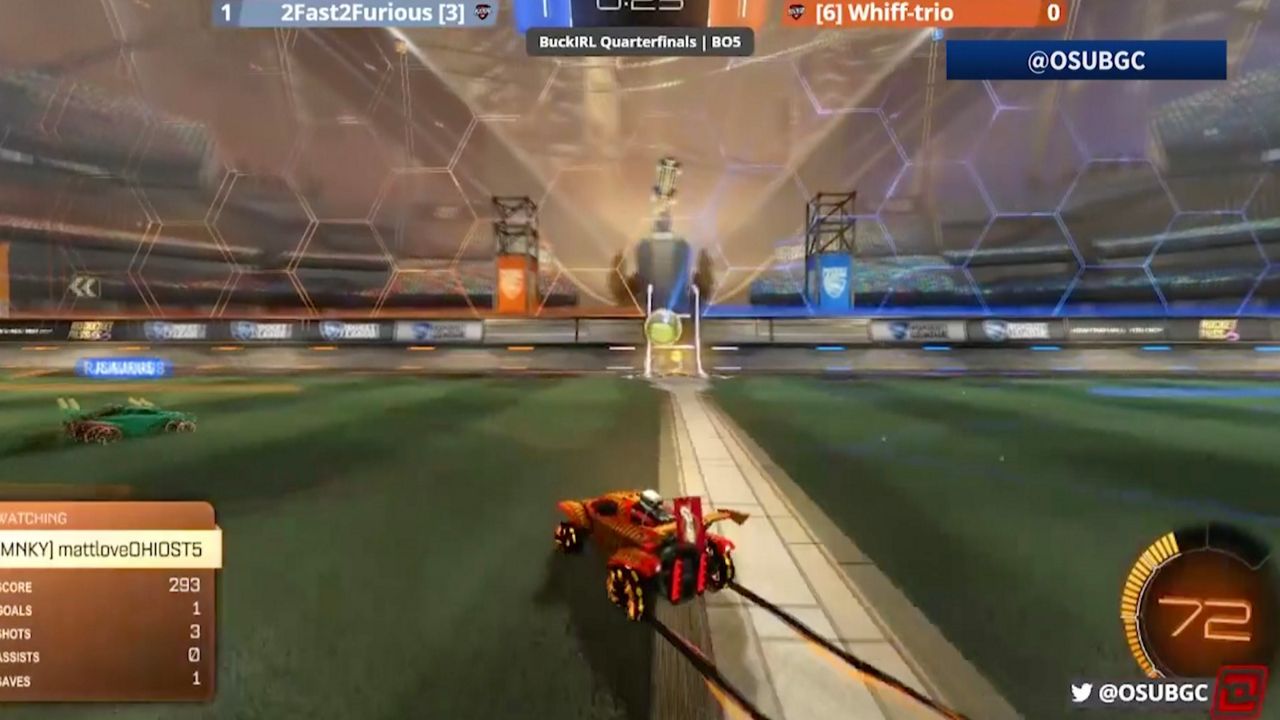 Esports Continue to Serve Despite Lockdown

On Sunday April 5th, ESPN aired 12 hours worth of coverage from Rocket League to Madden to NBA 2K, with professional athletes taking part as they too try and stay connected to fans during the coronavirus pandemic.

“The student organizations are starting to push to make everything online, give students a chance to socialize and interact with people in ways that they aren't otherwise able to right now. Making that transition wasn't exactly difficult. We kind of took a hiatus over spring break but we were right back the next week,” said OSU student Kenneth Kresina.

“We went and played through a full co-op game in a matter of three or four days and I think that's becoming more of the norm. Like, there's this thing that we can do from our own homes and it still has the same connection that we would be if we were in person,” said OSU student Jimmy Bauer.

Also in Columbus, eFuse serves as a LinkedIn of sorts for Esport enthusiasts.

Founder and CEO Matt Benson says they continue to grow in users by 3 percent each day.

“We saw a couple hour span, where we had 10,000 people sign up like that, so we're seeing some really great growth. Warzone Wednesday is an aggregation of the biggest gamers, celebrities, athletes even, playing in one single tournament, competing against one another and doing it over the course of a five-hour broadcast,” said Benson.

Benson says even during the coronavirus lockdown, it's a great moment for more fans to learn about Esports and top competitors in the world.

“People who have never been exposed to Esports and video games before are getting that opportunity, because traditional sports, live events just aren't available. So, I think in the history of gaming, its going to be a really prominent moment in time,” said Benson.

Students at Ohio State feel the same way and they all look forward to once again embracing that sense of community in person.

“As teams start to grow, as generations start to move on, I think this is definitely going to be a slow process, and this will definitely be a spike for the time being. We'll see if we can try and keep that momentum running,” said Kresina.