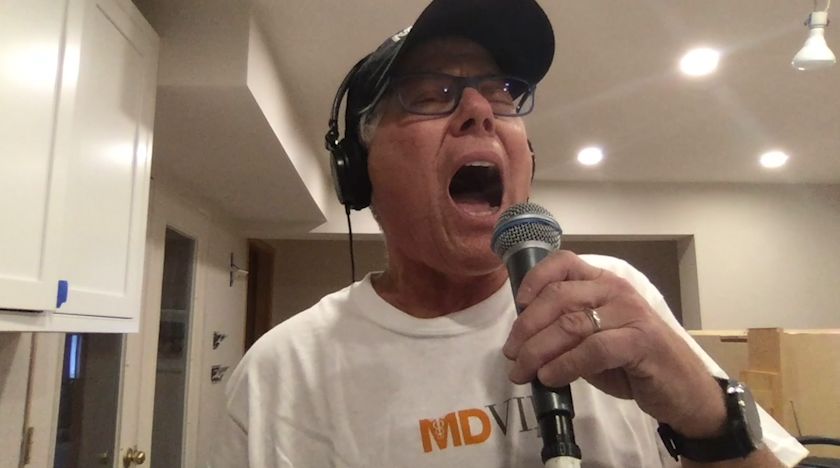 CINCINNATI, Ohio— For many celebrating Easter and Passover this week, it’s been difficult to do so away from friends and family. But one doctor in Ohio is trying to give his patients a pick-me-up - by supplementing his expertise with his voice. And it’s turning out to be perfect medicine.

Like many of his patients- Dr. Albert Weisbrot has been experiencing a little depression these days.

“I was suffering the same thing," Dr. Weisbrot said. "We all are. We’re all sort of isolated.”

So in addition to moving his practice online- Dr. Weisbrot is turning to another talent of his.

“I actually don’t get so sing that often anymore," he said.

Dr. Weisbrot brought out his microphone and decided to record a song he’s been wanting to sing for a long time.

“I recorded it and said I’m going to send this to you because I saw how down they were," he said. "Medicine only wasn’t going to be the trick. And they responded with crying tears and happiness.”

Dr. Weisbrot was surprised by the reaction he got from all of his patients and says it brought a connection so many people are longing for right now.

“It was a personal touch that, being on telehelth or writing a prescription for something, this was way more," Dr. Weisbrot said. "They were so grateful and we connected, we connected better that way.”

Dr. Weisbrot says he hasn’t sung in a long time- he actually hasn’t shared a recording with patients since 2004. He said with the extra time on his hands and isolation from others he was yearning to sing again.

“I was at home and I was wanting to sing," he said. "And this was an outlet and it made me feel better. I figured if it helped me it’ll help them.”

The singing, he says, has helped him feel more connected to his patients. He also wants it to be a message of hope to his fellow health care workers.

“I want to give a shout out to all my other family docs and primary care docs that are up in front," he said. "We’re all in this together.”