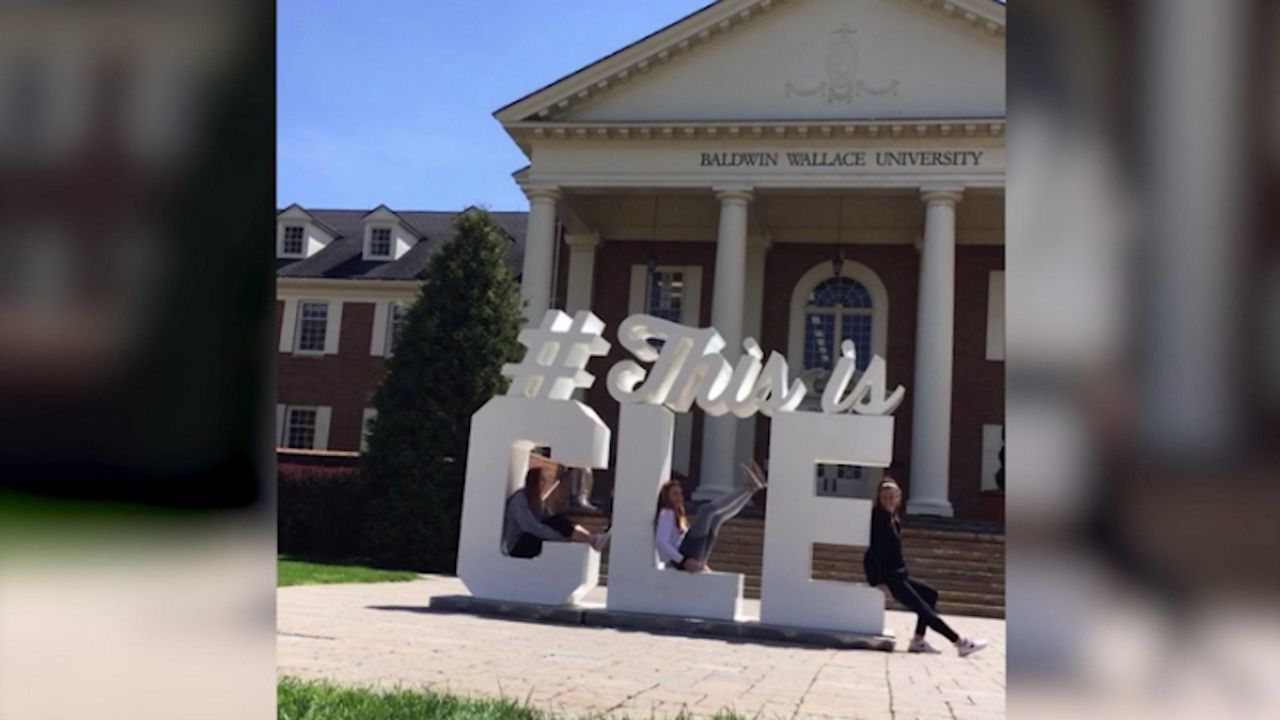 OHIO — Some college graduates looking to land a job in their field are having a tough time as COVID-19 has already forced millions to file for unemployment.

With a shift in demand for workers in areas like shipping, logistics, and grocery, universities are seeing 50- to 60-percent drops in available jobs for graduating seniors. But they're also seeing hundreds of jobs, from internships to full-time work, turn remote​.

Regardless of the numbers, college students like Kaitlin Compernolle are eager to get to work now.

The Baldwin Wallace university student is hunting for digital marketing jobs. She had a prospect about two weeks ago, but the company cut back on hiring due to COVID-19.

"They said, I took a pay cut and people are taking pay cuts and we just don't have the opportunity to hire right now," said Compernolle.

And now her confidence in landing a job in her field is a little shaky. The Business Administration and Marketing major said it was kind of heartbreaking but expected, but she didn't let that stop her.

"I quickly picked up, looked at other connections I made back in December, January and reached out to recruiters," she said.

Compernolle is one in a sea of graduating seniors across the country searching. While the 21-year-old recently landed a job interview she says participating in virtual interviews is still odd. But the effort Compernolle keeps making is what Baldwin Wallace University Career Services Director Patrick Keebler encourages, along with being open to jobs outside their field at least for now.

"It gives a student a chance to work in a challenging situation. They're gettin a paycheck. Plus they're developing skills like problem solving...um...professionalism, teamwork and most importantly right now...perseverance," said Keebler.

Keebler believes their flexibility now will pay off later. So, to help them secure work, students are learning virtual interviewing and networking skills because many companies are still hiring and only 15 percent have cut back on internships.

Meanwhile, Kaitlin Compernolle keeps her fingers crossed for jobs that will lead to an entry-level position.

"Right now, these are programs that they have. So, let's say they might be an eight-week program. And that's kind of the light that I'm seeing is within eight weeks of a program, it might not pay as much...ummm  maybe potentially get hired for that entry-level position," Compernolle said.

Compernolle believes getting hired even in tough times will make her and others stronger, creating a more favorable impression on future employers, when they finally land that dream job.

Career service professionals at the university say 11 percent of students who had a full-time job lined up have had the offer rescinded. 23 percent slated to start internships had their offers rescinded.

The belief right now is that two-thirds of the jobs lost will come back, but much of what's being offered now is remote work in areas like education, healthcare and software.