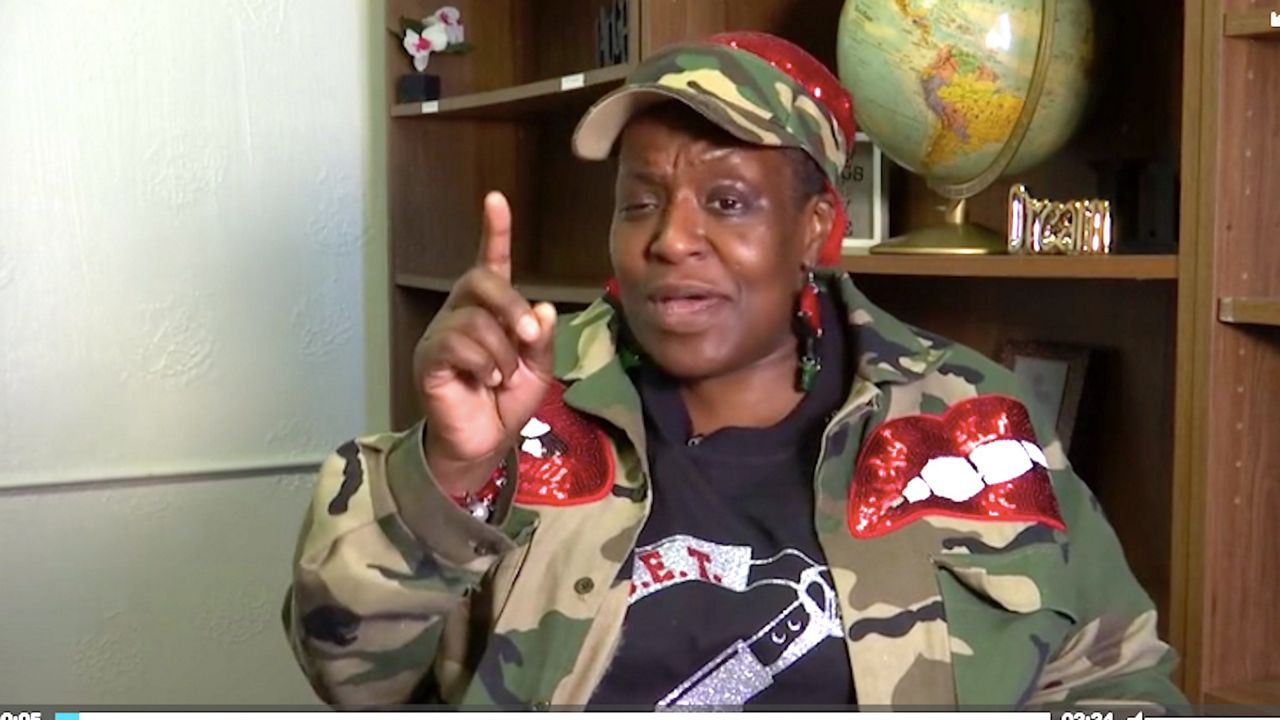 CUYAHOGA COUNTY, Ohio — Honey Bell-Bey has always had a way with words.

The Cleveland native has dedicated her life to helping others express their emotions and transform their pain into power through poetry.

“Poetry is transformative. So it's that space where any emotion can live, and any person can live within that space, whether we're talking about social justice, we're talking about love, heartbreak, political involvement, social action. There's nothing that can't be battled within poetry. For me, it has always been a weapon,” said Bell-Bey. “So now I give it to young men, I give it to women, and just through that tool, they just put out what's already in them. So I can give them the weapon, the poetry is already there. We're all poets.”

Upon realizing the youth of her hometown needed an outlet, Bell-Bey launched the group "Distinguished Gentlemen of Spoken Word" in 2003.

“East Cleveland was bad when I left, but it was doubly bad when I returned. So, abandoned houses became abandoned entire blocks. Entire blocks became just entire neighborhoods within this small community. The community that I was working in, Hough Superior St. Clair, things were equally as bad, and the young men were just getting in trouble upon trouble for loitering, for having nothing to do with all this empty space.”

Each year, a cohort of young men, ranging from elementary school to college age, have been inspiring people across the country with their powerful stories — reciting the works of Paul Laurence Dunbar, Shakespeare, and Langston Hughes.

“Poetry is just the spoon that I hide medicine in. It’s the by- product. The larger issue is definitely not performing poetry,” said Bell-Bey.

In January of this year, Bell-Bey became Cuyahoga County’s first poet laureate in 16 years. She says she will use the position to expand her reach as a poet and activist — and most importantly, draw out the voices of others.

“Anytime you are whoever you're destined to be, you don't wake up and think about an accolade associated with it, you don't think about a title, you just get up every morning, hopefully to perform your mission. But to look at the people who laid these great tracks to Maya Angelou, to Zora Neale Hurston, to walk anywhere near a space of a title that they ever had, it’s such a humbling place, but it does give this special stamp for this work that I would do anyway, until I took my last breath,” Bell-Bey said.

Bell-Bey has recently launched the new initiative P.O.E.T. (Power Over Emotional Trauma), to help young women in Cleveland and surrounding suburbs cope with various forms of abuse and trauma.