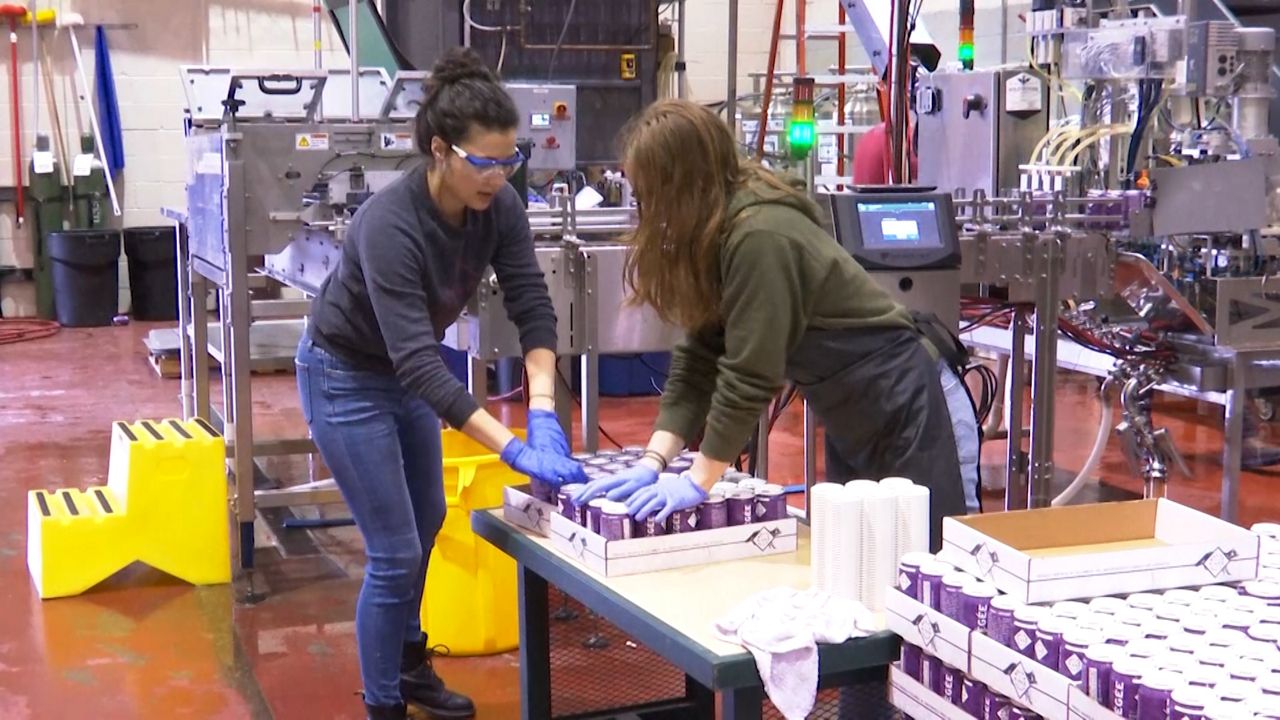 COLUMBUS, Ohio — A new brew is the taste of a collaboration made by women, in honor of women, past present and future.

Wolf’s Ridge Brewing and Columbus YWCA have teamed up for the past three years to celebrate women. The brewing team at Wolf’s Ridge is helping to fill, pack, and crate the last cans of a special collaboration.

“The opportunity to work really closely with women from other departments in my brewery and then also work with another female based organization YWCA Columbus to do a pretty stereotypically male thing, brew a beer, is just a special project, says Jenny Hauck Marketing Coordinator for Wolf’s Ridge Brewing.

The brewery will release two limited edition beers created and brewed by women, Ladies Who brunch, a 9 percent stout that Hauck says came from a bit of tongue-in-cheek humor.

“Beause I like stouts, and I know a lot of women that like stouts,” said Hauck. “So it kind of started as a joke. Satirize the fact of what women like to drink as a whole, because we’re all the same, right?”

And a second beer, a lighter strawberry Saison called Protégée.

For me and the younger women that work at the brewery we kind of feel like the protegees of the women that came before so it’s sort of a tribute to them.

Caroline Woliver from the YWCA says the collaboration celebrates not only the power of women but the strength of coming together as women.

“Being able to enjoy that beer and have it represent that power of mentorship and sponsorship that’s amazing,” said Woliver.

Ten percent of sales from the beers go to help the YWCA Leadership for Social Justice program, which gives young women tools and opportunities to develop leadership and social justice advocacy skills.

“To be able to receive some proceeds from this opportunity, it allows us to strengthen this program, be accessible to a variety of audiences, and continue our mission of eliminating racism and empowering women,” said Woliver.

“Maybe other women entering their 20s and 30s and thinking about careers can see this as a potential career because it can be for them,” she said.

The two brews will be available at a special International Women’s Day party on March 8 at Wolf’s Ridge in Columbus and after until supplies last.