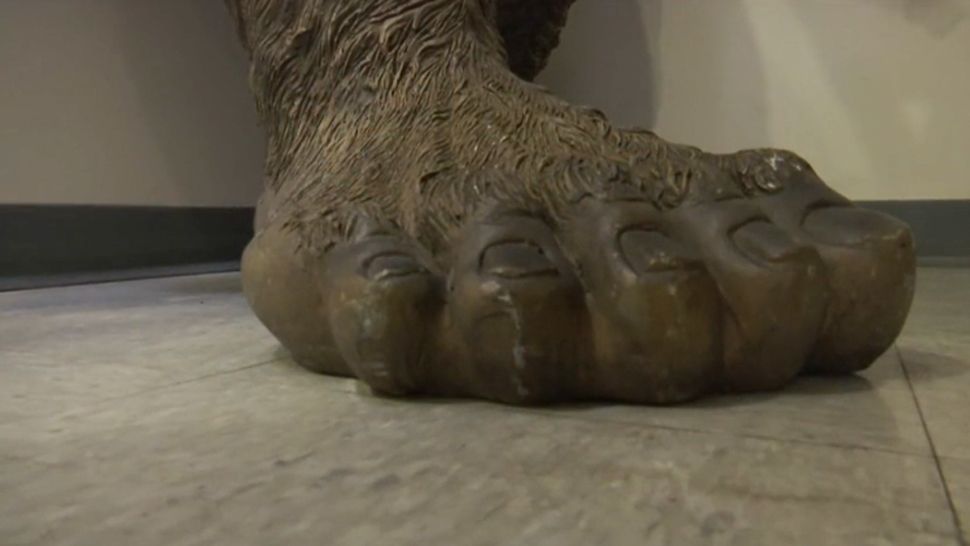 Bigfoot Sightings Reported in Ohio, Investigator Says He Has Proof

WARREN COUNTY, Ohio — It’s a creature of myth, legend, written about in scary stories, something that comes lurking around in the woods. But to people who showed up for a presentation at the Franklin Library, it’s very real.

One by one, guests at the library took to the microphone to say they've seen what looked like Bigfoot.

"We went back and came back and it walked into the woods,” said a guest.

“That’s when I saw something… walking on the tracks," said a guest.

“I looked over and I seen a big black mass, and I thought is that a bear," said a guest.

But Marc Dewerth says he knows Bigfoot is here — in Ohio.

“I went into an old strip mine looking for badger dens, and on the way out, I got followed out and, lo and behold, on the side of the strip mine, there it was and it stood up and looked at me,” said Dewerth, Bigfoot investigator.

And he says he has proof they exist.

In a packed room at the library, he played what he says are sounds from a real Bigfoot and then showed everyone a mold of a footprint that he says came from Bigfoot.

“It pushed up on the sand and all those little partial tracks there were,” Dewerth said.

It’s just some of the evidence he’s collected over the last 30 years that he’s been investigating Bigfoot sightings.

“These are definitely from Ohio, these are legitimate Sasquatch tracks, they’ve been examined by different scientists,” said Dewerth.

He’s a volunteer investigator with something called the BFRO, or the Bigfoot Field Researchers Organization.

He says he’s investigated more than 300 reports of sightings from Ohio alone.

That’s part of the reason he takes his message across the state, telling everyone how to tell the difference and where to spot a real Bigfoot.

“They’re following waterways, your creek beds, that’s the least path of resistance, those are the areas to look if you have heavy deer population and deer,” said Dewerth. “I always tell people, go Cleveland, Columbus, Cincinnati, go east, you have a chance.”

But they’re convinced Bigfoot, the creature of legend, lives among us and might just be closer than you might think.