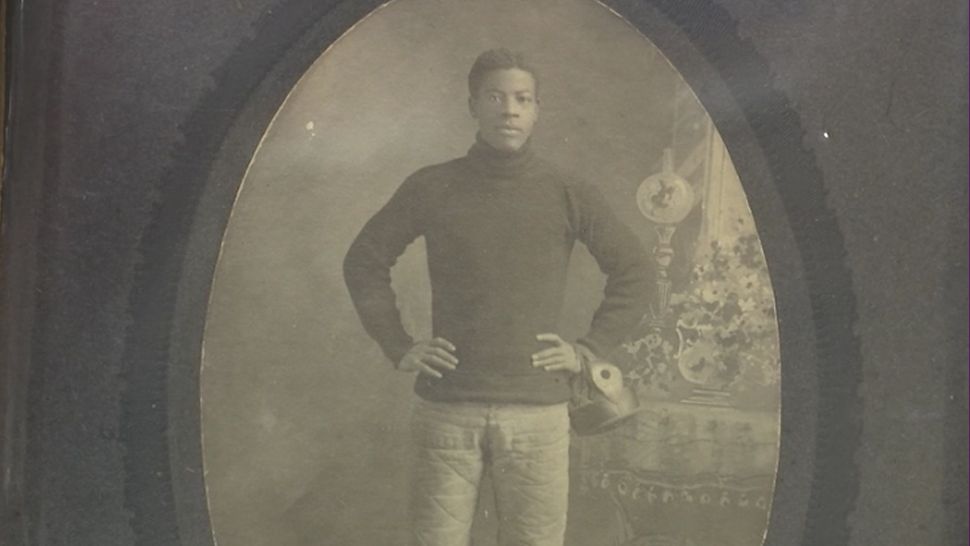 SHELBY/WOOSTER, Ohio — Several years ago, play and screen writer Jim Stoner found himself in Shelby, inside the town's museum of history.

His curiosity got the best of him, and the football historian became fascinated with the story of Charles Follis, who in 1898 helped establish Wooster High School's first football team and became the first team captain.

“What made it most unique was, a white man was standing next to him, in the photograph, with his hand on his shoulder. In 1902, for a man to be that bold about stating his support for a young black man was extraordinary,” said Stoner.

Follis went on to star for the amateur Wooster Athletic Association for one season, where he came across the powerhouse Shelby Athletic Club.

His tenacious play earned him one of the greatest nicknames in sports history.

“When they played Wooster, the newspaper headline, after the game read, ‘Wooster only loses to Shelby eight to nothing, due to the amazing play on offense and defense of Charles Follis, The Black Cyclone.’ Frank Shiffer, who was the owner of the Shelby Blues, reportedly walked up to Charles and said, ‘I never want to play against you again, young man, I want you to play for my Shelby team. I'll pay you $10 dollars a game to move to Shelby,’” said Stoner.

For four seasons, Follis played for the Shelby Athletic Club, which later became the Shelby Blues, and after years of battling the Canton Bulldogs and Massillon Tigers of the Ohio League, injuries cut short his career in 1906.

But Follis also had talent on the baseball diamond and is credited for being the first black catcher to move from college baseball to the Negro Leagues.

One of his closest competitors during that time was Ohio Wesleyan University student Branch Rickey, who would become the Brooklyn Dodgers' general manager who signed Jackie Robinson to break the Major League Baseball color barrier.

Stoner says its Rickey's connection with Follis that made the profound decision an easy one.

It's all chronicled in Stoner's “The Black Cyclone,” a screenplay that has run since 2013, and his subsequent feature-length film that remains in development.

“I want people to understand, as long as you're passionate about something and love it, you don't know who you might impact. You don't know how you might be remembered in the future. He just loved the camaraderie and winning. And yet now he's being recognized as the true pioneer that he is,” said Stoner.

In recognition of his many accomplishments, February 3 is recognized statewide as “Charles Follis Day.”

Wooster's high school football field bears his name and this marker stands outside to greet thousands of fans each year.

Stoner is also working with teams to build the “Black Cyclone Trail,” a driving tour that takes people from Wooster to Shelby with eight different sites that have special significance to the Follis story.

“We hope the celebration gets bigger and bigger, as more people become more aware of Charles and his true accomplishments, and how many friends he made in all walks,” said Stoner.

Charles Follis developed pneumonia while playing baseball in Cleveland, and passed away on April 5, 1910 at the age of 31.

He is buried in Wooster Cemetery, and Stoner, once again has dedicated his time and fundraising efforts for a new head stone and statue.

Charles Follis overcame barriers on and off the field during times of deep racial divide in America.

But the child of former slaves chose the high road, and to this day remains a trailblazer among the African American community.

More information on Charles Follis can be found here.