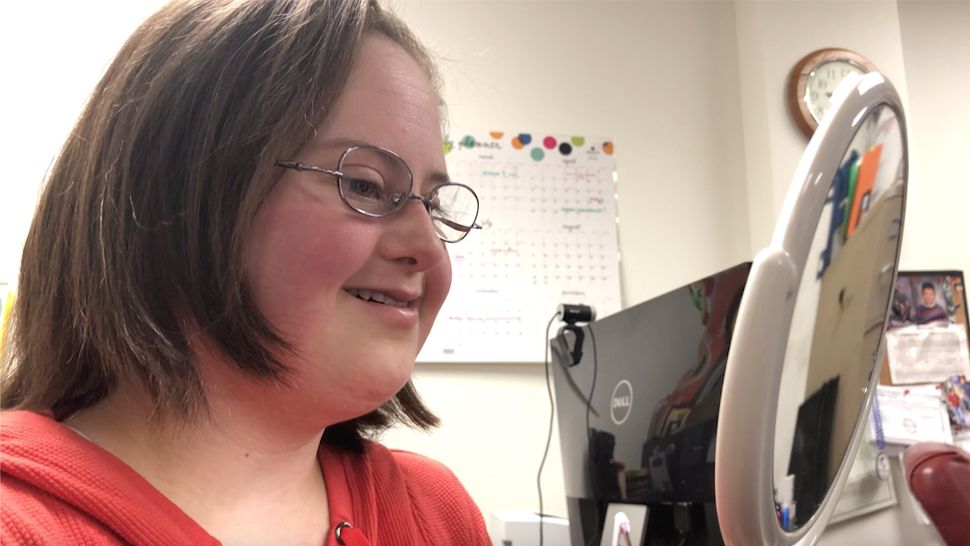 Specs4Us Has an Eye for the Perfect Fit

CLEVELAND, Ohio — Maria Dellapina has spent more than 30 years of her life as an optician, helping people find the perfect pair of eyeglasses.  But when it came time to buy good-fitting eyewear for her daughter, she faced some challenges.

“I would just keep searching and searching for the perfect frame that would sit correctly on her the bridge of her face and not slip down all the time,” said Delllapina, owner and founder of Specs4Us.

After several frustrating years of searching for an eyeglass frame that would fit Erin properly, Dellapina created Specs4Us — which she refers to as “Superior Precision Eyewear for Children who are Special.”

When she introduced her first frame line in 2004, she named it, “Erin’s World.”

“Individuals with Down syndrome, small children, certain ethnic groups, they've got a real low flat bridge. So, glasses would slip down on their face,” Dellapina said.

It took Dellapina four years to find a manufacturer and she started with just a few designs for young children. But as they grew up, so did the demand.

“The new parents didn't realize the issues and struggles they were going to have with glasses, but the adults were telling me all the problems they've dealt with for years,” said Dellapina.

And these problems can affect more than eyesight.

“Your prescription isn’t through the whole lens itself… if the glasses aren't centered on your face, you're not going to find that, and that can cause headaches, prismatic effects, dizziness, distortion. So, you want to make sure that a glass is sitting up properly… this frame will help solve that problem,” Dellapina said.

Erin passed away from complications from a brain disease called Moyamoya in July of 2019.

“We just wanted to carry on her legacy and keep her going because I wouldn't be doing what I was doing right now if I hadn’t been blessed with her,” said Dellapina.

Dellapina says she's glad she can help anyone see clearly, no matter the ability — and in her daughter's honor.

“Necessity is the mother of invention so I knew that somebody had to do it, and I was just glad it could be me,” Dellapina said.