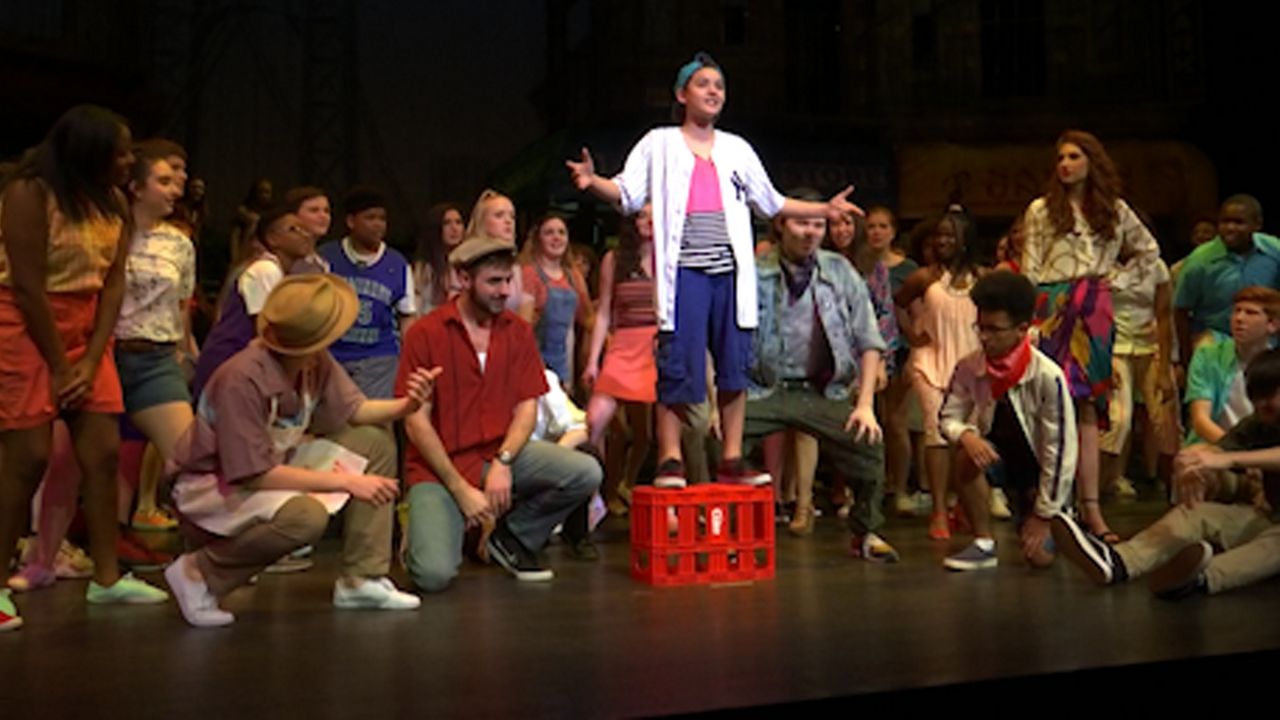 DAYTON, Ohio– The students of Muse Machine are preparing for opening night for their production of ‘In The Heights,’ something they’ve been working on for months. And even the show’s creator, Lin Manuel-Miranda, is taking notice.

Close to 100 cast and crew from Muse Machine are about to take the stage on the opening night of “In The Heights,” a Broadway musical by Lin Manuel Miranda, about the lives of people in Washington Heights.

“Usnavi’s the one who connects everybody,” Saner said. “He has a relationship with everybody, whether they’re blood-related, family, friends, or the girl he has a crush on. He knows how to keep the whole community going.”

Saner, who’s in his first year with Muse Machine, said he felt a little pressure taking on such a big role initially, but now they’re ready for opening night.

“At first, it was a lot to be thrown into, but they’ve done an amazing job of not only helping me but helping the entire cast become so comfortable with this material,” he said.

Charlotte Kunesh, a student at Alter High School, plays “Vanessa,” said the cast is extremely excited to perform the musical at Victoria Theatre.

“I’m definitely a little nervous, but I think nerves always show you care about something,” Kunesh said. “And we all care so incredibly much about this show. We’re definitely ready for an audience; you can feel it every time we rehearse.”

St. Charles Borromeo Middle School student Chavin Medina plays Sonny in the musical. He said he takes pride in his role because his character represents his heritage.

“It’s special to me because not only is it one of my favorite Broadway musicals, and I listen to it all the time,” Medina said. “But I am Hispanic, and this show kind of hits home with me, you know all the communities. Latin-American, they’ve come from other countries, and that’s basically my roots, and I really pride that in the show.”

That collective pride in the production has led to praise from Manuel-Miranda.

“You guys are the best, your reaction warmed my heart and moved me to tears,” Miranda said in a video posted to Muse Machine’s Facebook page. “Break a leg on your show, Muse Machine, Muah!”

For the students of Muse Machine, that response was extremely special, validating their hard work.

“That was one of the most life-changing nights I’ve ever had,” Medina said. “I’ve been trying to get him to notice me, you know, just me, a little boy living in the USA out of all of us. But once he noticed me, it was a really special moment, because not only did he notice me, he noticed all of us.”

The positive feedback has sparked positive energy for these students, who are ready to put on a powerful and fun performance.

“Once we get on the stage, it’s a party,” Saner said. “There’s one song called Carnival de Barrio which means party in the neighborhood, that’s what it’s really like up there. And we know there’s an audience out there, but we’re just on stage having fun.”

The Muse Machine has also caught the attention of Ovation TV, and Spectrum, honoring the group with a $10,000 Stand for the Arts Award, for their work in changing lives of young people through the arts.

The award will be presented Saturday in Dayton. You can see their work through Sunday, at the Victoria Theatre.

Muse Machine is performing “In the Heights” now, through January 19th, at the Victoria Theatre. Tickets can be purchased here: