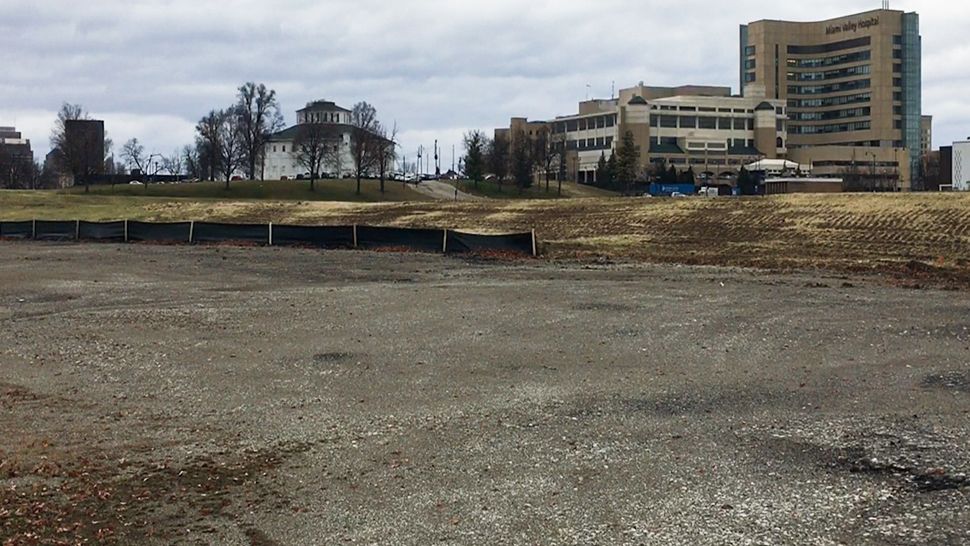 DAYTON, Ohio — With a single vote by the Dayton City Commissioners earlier this month, the history of the Montgomery County Fairgrounds is a thing of the past.

For 165 years, the site at Main Street and Stewart Street was zoned as “open space,” but now it's “urban business district.”

And that distinct change paves the way for the transformational project known as onMain – Dayton's Imagination District.

A project expected to take ten or more years to complete, onMain will include a mix of housing, business, innovation, parks and play areas, and more.

It will cost millions of dollars and take place in phases.

Buddy LaChance is the CEO of onMain.

“It really is a big deal for that zoning to change,” LaChance said. “For something to have been one thing for so long and now to be able to be something else, that's a pretty significant difference. There probably aren't too many properties like that in the Dayton area.”

The initial phase of building out infrastructure will begin in the second half of 2020, according to LaChance.

It'll cost approximately $29 million and will include adding several streets to the 38-acre site, water and sewer pipes, and parking areas.

Eventually, several buildings will pop up to house tenants.

“The second part is finding users for the buildings. Ultimately, this is really meant to be a place where there are jobs as well as housing, but the big focus is to create an economic engine,” said LaChance.

LaChance said once infrastructure is in place, securing financing for housing will likely be easier than financing for commercial and retail space.

LaChance said discussions are ongoing for the first big tenant in a non-residential component.

“We've got one lead that we're running down now that holds some great promise and that would really be a home run for the area.”

Half of the money for the infrastructure project is being supplied by the onMain group. The other half will come from state funding, according to LaChance.

“We're going to need other help. We got a grant from Jobs Ohio for about three-and-a-half million dollars, that is helping out with that. But we're actively looking at other fund sources, looking at other state programs. Primarily the state is the mechanism we think that is going to be able to facilitate the funding for that.”

LaChance believes once the project gets started it will be able to build off of its own success.