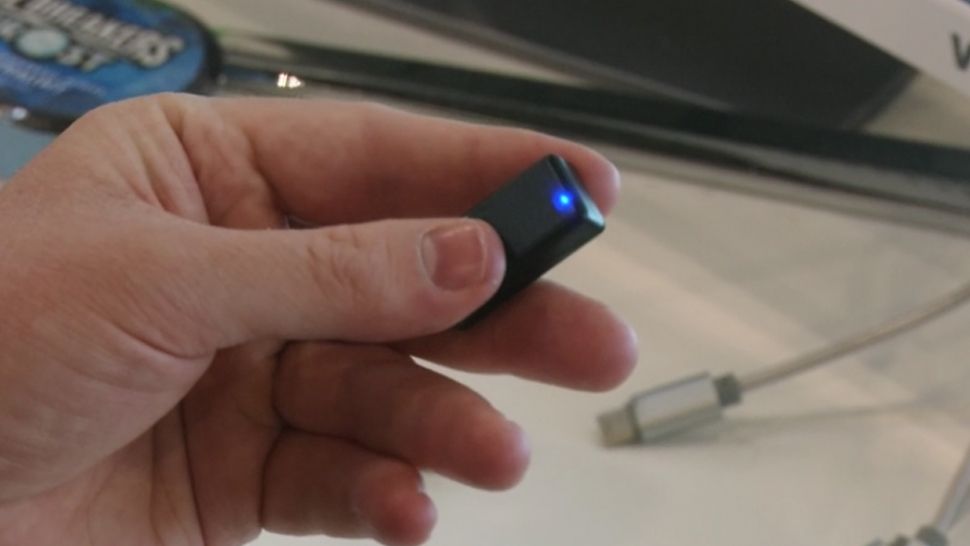 “The professor asked us to come up with any kind of business idea that we wanted, we came up with Everykey. He wanted to invest in it and make it a real company,” said Wentz.

Everykey is a Bluetooth device, similar to a flash drive, that replaces keys and passwords with military-grade encryption.

So, it not only works on your personal media devices, but your car, and your house door. All you need to do is have the device on you and it does the rest.

“So, there's no user interaction needed on the Everykey itself, you simply walk up to your computer, you click a little login with Everykey button, or in some cases, Everykey will just fill in the password for you. And then when you go to a website account, we'll show you a list of accounts you have saved on Everykey,” said Wentz.

Everykey began shipping its product around this time last year and has seen a 250% year-over-year growth and they've also ramped up new corporate accounts.

In early December the company was named the late stage winner for the 2nd annual TechOhio Startup Culture Awards, as voted on by tech enthusiasts across the state.

They were awarded with an in-depth article and video promotion on TechOhio's website.

Wentz says their involvement in the TechOhio Startup Culture Awards will help catapult the company to the next level.

“We're going to be hiring a whole bunch of new engineers and business development people and by being the number one best startup culture in Ohio, it’s going to really attract some of the best talent,” said Wentz.

And the team of 10 full time employees says the laidback atmosphere and perks are just as important to them as the company's success.

“People that were at the career fair at the time were so approachable, and throughout my interviews I was so comfortable, and that's one of the things I really value about working here, being comfortable and secure, and then being excited about what we're doing,” said Solon resident and employee Ali Goergen.

And as for the future, well, Wentz says the sky's the limit.

“So, I hope we're a multibillion-dollar company, of course that's the goal. We started this company not to, you know, build something small, but to build something really big and meaningful,” said Wentz.