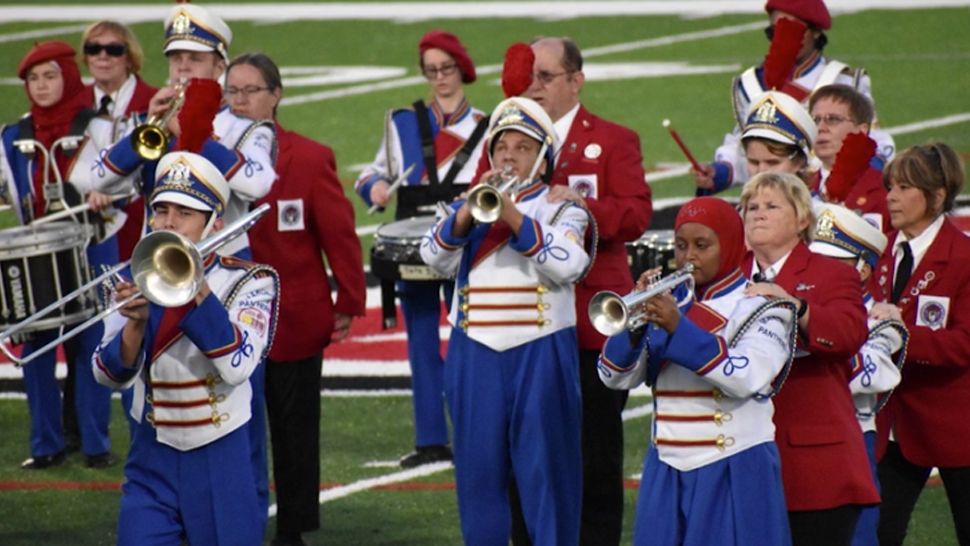 World’s Only Blind Marching Band to Play at Outback Bowl

COLUMBUS, Ohio — They call them “The Best Blind Band In The Land.”

In fact, it's the only blind band in the land —and even the world.

“It's just the greatest thing I could ever imagine doing. This has been my dream job ,just working with these kids,” said Yolanda Johnson, band director. They are amazing, they're fearless, they love Just trying new things. They almost never complain... they work really hard, it's just been great.”

That hard work has landed them the chance to showcase their skills on a national level — on New Year's Day, halftime of the Outback Bowl.

“It's gonna be a completely new experience for them… it's going to be really exciting for them to be on the same level as all the other kids,” said Johnson.

Band members say this experience is unlike any other.

“I'm excited to like, kind of like bond together and like have a great time as a marching band ‘cause we may not get to do something like this again,” said Jana Alo, band member.

For the halftime show, they’ll combine with a dozen other schools to form one massive marching band.

“They probably have never seen a blind band before and it's pretty cool that we get to show them that we are capable of doing exactly what they...  like their drills and playing instruments like they do, it's, it's pretty surreal experience,“ said Autum Radcliff, band member.

Not only will they be performing at halftime in the Outback Bowl, but also for the first time ever, they will be competing against students from high schools across the country.

“When we go to competitions and when we go to, like, things like that like we've only been... we’re never competing…we’re always the guest band,” said Radcliff.

They say the competition gives them a chance to prove themselves —not as a blind band, but as a marching band in general.

“I feel like with this trip we might be able to change that, like, since we're actually competing in this trip. After this, like, we can show people that we can really compete, and maybe it will lead to even more things...occasions where we can compete later on,” said Alo.

The students say they hope to inspire other kids with special needs.

“At this point, it doesn't matter if we win the competition, it's about going out there and showing the world what we can do,” said Goines.