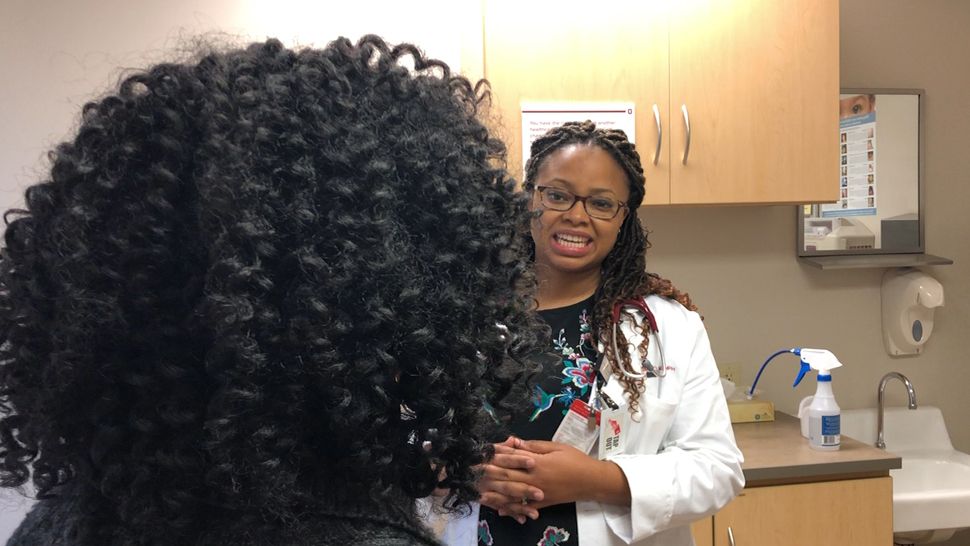 Hair Stops Women from Working Out

COLUMBUS, Ohio — Ever had one of those days when you can find any excuse not to work out?

Less than a quarter of Americans get enough exercise, but for African American women, not working out isn't just about how they feel.  Rather, it's about how physical activity impacts their hair.

Now new research has some looking to help doctors better understand the barriers as they help patients get moving.

Until recently, she'd skip exercising for months on end, but it wasn't because she didn't want to work out or stay in shape.

One of the reasons she didn't go was because of her hair.

Moore says she had to push herself to come.

And she's not alone.

For many women of color, a fresh hairstyle and exercise just don't go together.

But on this night, she's breaking the rules, sweating and getting in some ab work.

But it's no big deal, since her hair is in a protective crochet style, which is a form of hair extensions.

Taking a quick water break, Moore believes it's one of the best things she's done.

"This is working. I don't have to worry about putting it in a bonnet or wrapping it up. I can just literally come and go," said Moore.

Not working out to preserve a hairstyle is nothing new in the black community, but the idea has caught the attention of Ohio State University doctors.

That's in part because 56% of African American women over the age of 20 are obese and more likely to experience heart disease, diabetes and stroke.

Wrapping it up for the night, Moore is tired, but chalks it up as win for the books, since her doctor challenged her to get moving.

Tolliver-Hammonds has been researching the issue of hair care barriers to exercise.

Her studies show that while many doctors talk to their African American female patients about exercise, they're not aware of the hair care barrier and don't understand it. She says there’s limited discussions on how it's affecting a patient's physical activity and overall health.

For Tolliver-Hammonds, asking detailed questions and challenging patients to work on a fitness plan is a regular practice.

Moore says she's made improvements, noting that she's managed to get in at least two days a week of physical activity.

Tolliver-Hammonds says, ultimately, if doctors can gain an understanding and ask more questions about why people are not working out, they may be able to help patients — especially African Americans —prolong their health.

For Moore, having Dr. Tolliver-Hammonds challenge and cheer her on to better health is already helping to keep her on track as she gets ready to head into the new year.

Since the study is complete, doctors will now take what they've learned and create a training that will educate clinicians on the historical background of African American hair. The hope is that it will help clinicians better guide their patients as they create healthy exercise habits that will last.

Tolliver-Hammonds hopes training for clinicians will begin next year with the help of a grant.

In the meantime, she says women who are willing to increase their physical activity can do three things. They can start with low-impact exercise like walking, to cut down on sweating. They can wear protective hairstyles like braids or hair extensions. They can also schedule strenuous workouts on the day they plan to wash their hair or go to the hair salon.