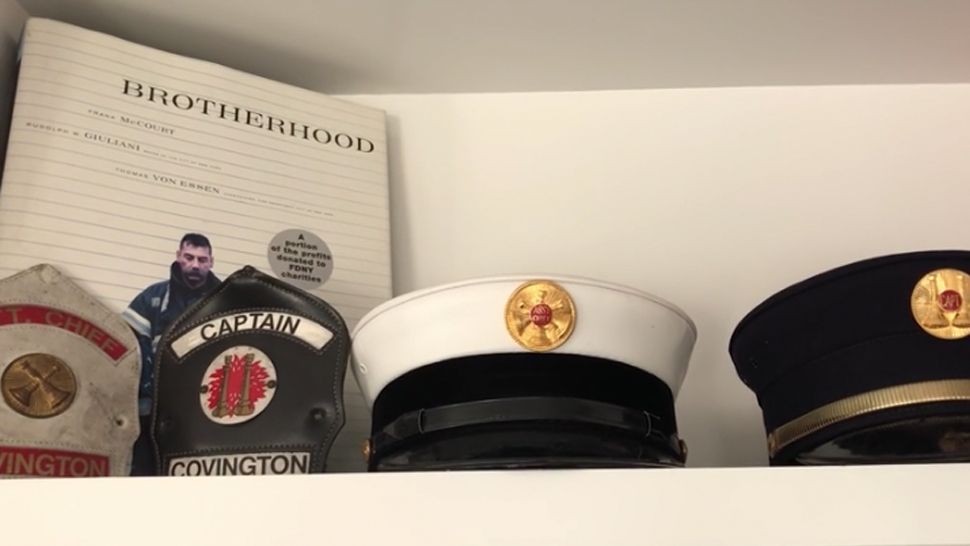 CINCINNATI, Ohio — Chip and Jo Terry were the picture-perfect couple, but she had no idea this would be one of the last pictures they took together.

“People say are you angry?’ Are you mad? And I’m like, no, my heart’s just broke,” said Jo Terry.

The couple, married 30 years, were parents to six, and living nicely off of her husband Chip’s retirement.

But it was during that retirement speech, after he’d been a firefighter for more than two decades, that she found out something was wrong.

"During his speech, he broke down and cried and talked about what he called his demons. Over the course of his career, there were certain runs and fires that left like a permanent scar,” said Jo Terry..

She says he tried to cover up those emotional scars left from firefighting with alcohol.

He would later get addiction treatment, but she says it was too little too late.

“In the end, that’s not what he needed, he needed to be in some form of treatment for post-traumatic stress disorder,” said Jo Terry.

Just a few days after he finished addiction treatment, they found Chip and a suicide note.

“He was walking home, and shot himself down by the flood wall…didn’t make it home,” said Jo Terry. “It was just like, your world was imploded, for all of us…hardest thing I’ve ever had to do…you’re in shock…just in shock.”

Her husband is now added to a growing number of first responders who commit suicide after the trauma they face on the job.

“I know our own region here has seen no less than ten first responder suicides in about the last year or so, and we have to do something about it, so here we are,” said Chief Steve Conn, Colerain Fire.

In a news conference, firefighters, police officers and paramedics all came together to say they’ve started the Tri-State Peer Support Team.

“There are a lot of organizations that don’t have the means or the funds available to form their own program, so what we did is we’re sort of helping to coordinate these teams in other locations to become one big overarching team,” said Conn.

The team will be there for emergency responders in Ohio, Kentucky, Indiana, and the tri-state area, and will be made up of counselors, mental health support organizations, their peers and families who have been through this before.

“What I like to say when they talk to me is that you could end your pain, you could do away with it, but then you just take that pain and you force it on the rest of us…your kids, your spouse, your parents,” said Jo Terry.

“Ok, we lost one, but maybe we saved 9…that’s what keeps me going.”

The Tri-State Peer Support Team says they started the group to try it out a few months back, and so far have helped 70 first responders.