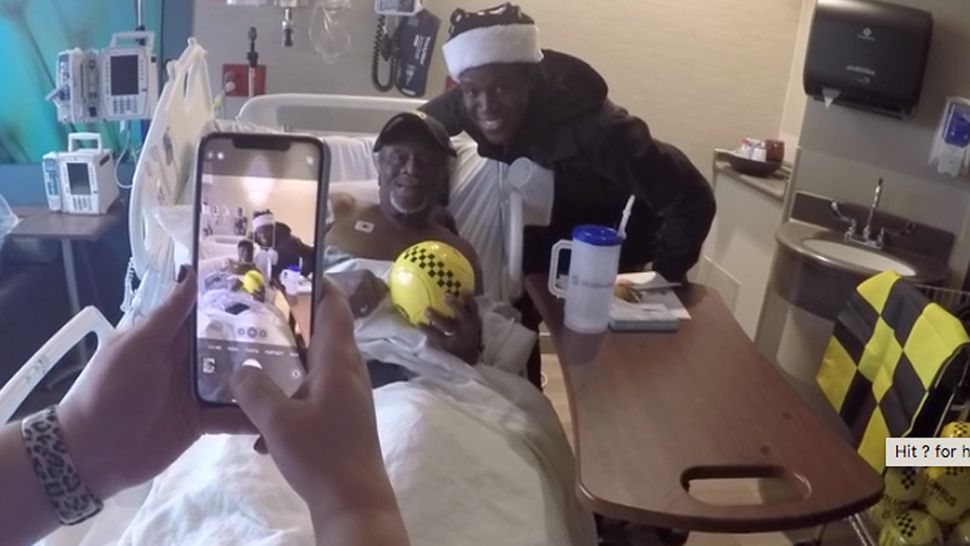 “Seeing someone like that going through that type of thing, at that age, is pretty humbling,” said Keita. “To know you're healthy and able to do everything on your own, especially these nurses here, taking care of someone else, is pretty nice.”

Keita, who is the 12th homegrown player in club history, posed for pictures and signed autographs for fans of the Black and Gold.

80-year-old Pittsburgh native Wade Edwards is on the mend after surgery, but looks forward to the day he can see a match in person.

He says Keita's visit is something he'll never forget. He told the second-year defender to remain grounded, because fans are always looking for a role model.

“'Cause all the young kids want to be like you,” said Edwards.

A couple of floors below, hospital administration lined up to get their Black and Gold swag, and shake the hand of their hometown standout.

And after the 10-month grind of a season, Keita says he looks forward to spending the next few months with family — and mentally preparing for what's to come in his sophomore season.

“Bouba” as his friends call him, and the rest of Crew SC, begin training camp next month.