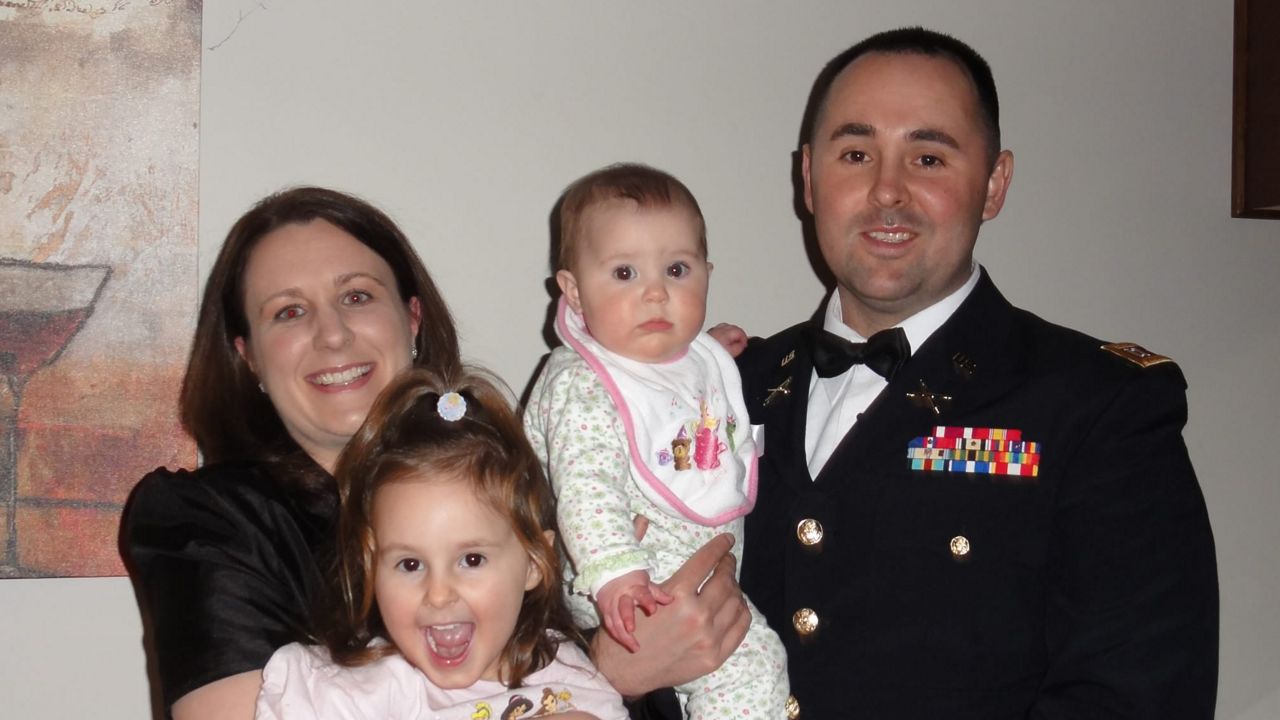 DUBLIN, Ohio– Jennifer Rozanski, like many military spouses, knows the sacrifice of service. And as a Gold Star wife who lost her husband Captain Nick Rozanski in Afghanistan in 2012, she and her two daughters now feel that sacrifice every day.

“It’s a commitment he made, and I knew when I married him, I was making a commitment to the military as well,” says Rozanski. “I think as I am raising my children, I want them to be proud and honored to say my dad served our country, and he died serving our country.”

Almost immediately after Captain Rozanski died, community members began to donate to the family. The original plan was for a scholarship fund for a local Dublin high school student, but by that summer, the fund had raised almost $50,000.

That was the beginning of the Nick Rozanski Memorial Foundation, co-founded by Rozanski’s wife and his best friend, Chris Weaver.

Weaver says he grew up with Rozanski, and their families are close to this day.

“He was just a guy that brought a lot of joy to everyone that was involved with him,” Weaver says of his childhood friend. “I was extremely close to him. We were absolutely best friends, and I miss him a lot. “

Since it began, Weaver says they have raised over $400,000 dollars through fundraisers like a race and an annual golf outing. The foundation funds scholarships and grants for veterans, their families, and veteran service organizations such as Honor Flight and National Church Residences veteran programs.

“We miss him, and there’s nothing we can do to change that, says Weaver. “But, this is something that we can do to keep the memory going.”