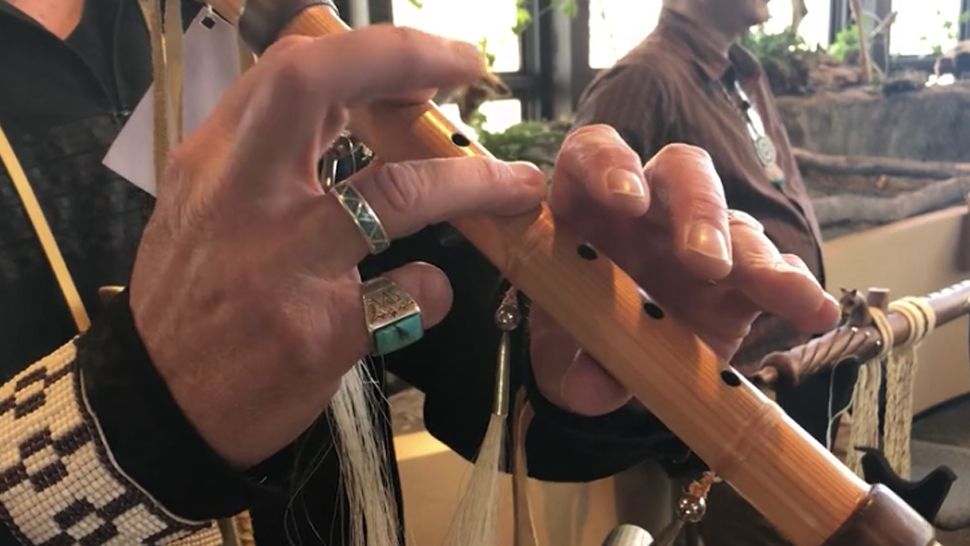 Cynthia Connolly, with the Lake Erie Native American Council, was one of several presenters. She gave a presentation on native visibility and representation, hoping to create awareness and educate the community.

“We’re just not adequately represented as 21th century people. We’re always what I call feathered and leathered in the 1800s,” said Connolly. “We’re your neighbors, your coworkers, rocket scientists at NASA Glenn, and we’re here and we’re very much a part of this community as well, especially here in Cleveland.”

Trudy Kovach came to learn more information, on how she can explore her ancestry.

“I grew up knowing I was a native of Standing Rock Sioux, my parents divorced when I was very young, so I was not brought up in the tradition of Standing Rock,” said Kovach.

While some topics were serious, there were still plenty of ways to celebrate culture, through music, dancing, and some pipestone carving.

It's all part of First People Day, where Billy Crowbeak presents 40 years of work.

“I’ve been here every time they’ve had it so far,” said Crowbeak.

Jen Graham and Beth Whiteley, with the Metro Parks, are hosting First People Day at the Nature Center in Rocky River.

It was indeed a day of celebration, but also education and understanding.