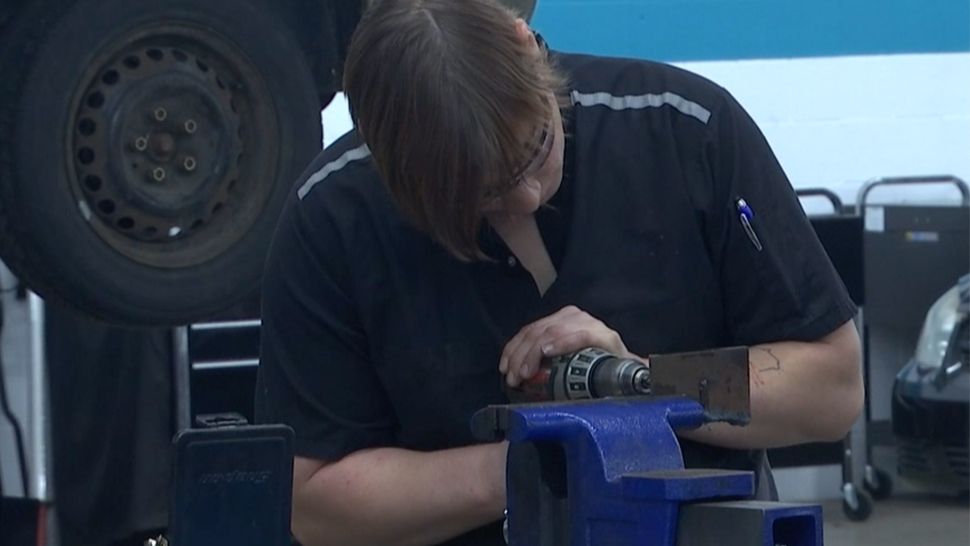 CLEVELAND, Ohio — Auto technicians are hard at work, and there’s too few of them —which is creating problems for many service providers like David Eschbaugh at Porsche Beachwood.

As is Crestmont Cadillac, where Kevin Gillespie says many young people don’t see a solid career path as a technician.

"They’re just used to their parents and family members and everybody else encouraging them to go traditional formal education, whether it’s a two-year or four-year college, as opposed to getting into a trade in which can set them up for a better future earlier in life," said Gillespie, service director, Crestmont Cadillac.

But trade institutes like Matrix are hoping to open the doors for more career improvement.

CEO Dustin Peugeot says his school provides necessary training for technicians already in the industry to make more money and for employers to train technicians for different roles.

Peugeot says about 100,000 auto technicians are needed right now across the country, with experts predicting that half the technicians in the United States will be retiring in the next 10 years.

According to Peugeot, technicians starting out can make anywhere between $40,000 to $70,000, with less schooling than traditional college.

"Money is not the problem with developing talent in the auto industry. Proper education, proper education, efficiency training, and access to a local training partner to help develop those who want to grow, that’s what’s lacking and that’s what we aim to fill," he said.

On a national scale, the U.S. Bureau of Labor Statistics says about 76,000 mechanics are needed between now and 2026 each year to fill open mechanic jobs.